From Coca-Cola to P&G, brands have been creating tailored campaigns for the Beijing Winter Olympics that incorporate Chinese elements. Juliette Pitt looks at some of the most popular 2022 Winter Olympics campaigns so far

Both the summer and winter Olympics are a unique chance for a country to show off its infrastructure, culture and sporting ability on a world stage with millions of international viewers. For global consumer giants and even some smaller companies, it also offers substantial marketing opportunities.

The Games are a showcase for its key sponsors including Intel, Procter & Gamble, Coca-Cola and Toyota. Since China is the world’s second-largest economy, the lucrative market presents immense opportunities for domestic and international brands to go beyond their usual reach.

Key campaigns from the 2022 Winter Olympics

One of the longest-standing partners of the games is Coca-Cola. For this year’s Winter Games, Coca-Cola launched a light-hearted campaign focusing on environmental sustainability. In the commercial, ordinary people are shown as if they were participating in Winter Olympic sports such as curling and ice hockey as they throw their used bottles into recycling bins. Set-in real-life scenarios with a sports voiceover, the campaign calls on people to recycle more. Coca-Cola’s ‘bottle throwing’ campaign received a lot of positive feedback, and by fusing the Olympic Games together with actions people can take to help protect the environment, the company has managed to hit two of the government’s favourite topics in one campaign.

Procter & Gamble (P&G) also took a slightly comedic approach. To mark its Super Brand Day on Tmall, P&G launched a short film of a primary school student dreaming of competing in the Winter Olympics. Living on the island of Hainan where it never snows, the boy discovers inventive ways to ski but becomes discouraged. His teacher notices his disappointment and helps to assemble the first-ever Winter Olympics event on the beach. There are subtle product placements throughout the ad, with the characters using P&G products such as Crest toothpaste and Tide laundry detergent. 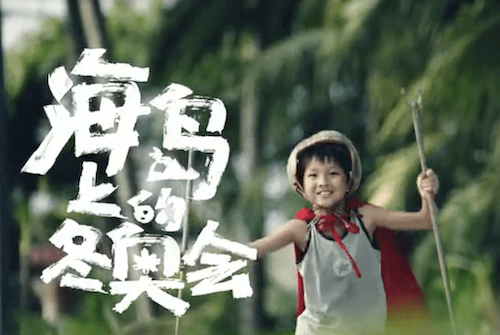 Other big brands, such as Nike, have managed to embed ice and snow sports into their adverts for Lunar New Year in anticipation of the Winter Olympics. Domestic brands are also jumping on the bandwagon. One notable example is dumpling brand Wufangzhai, which released an advert showing a family competing for the last glutinous rice ball in a bowl as if they were playing ice hockey.

Read Also
What are blind boxes and why did they get KFC cancelled?

A boom in endorsements

Brand endorsements featuring Winter Olympic athletes have also become much more frequent. One of the biggest hits of the past two years has been freestyle skier Eileen Gu, a Chinese-American who decided in 2019 to represent Team China at the Winter Games rather than her birth country (the US). 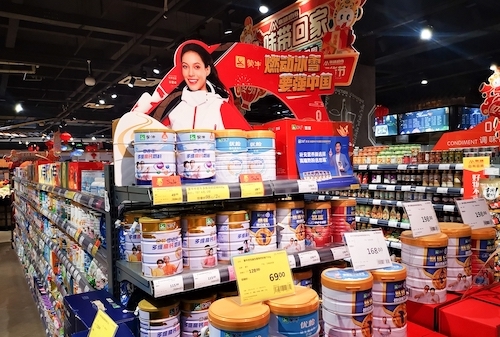 A wide range of Chinese companies – from online retail giant JD.com to dairy producer Mengniu and sportswear brand Anta – have all turned to the sought-after 18-year-old for their latest domestic campaigns. In particular, the campaign launched by Anta sought to encourage more women to participate in sports, and market research suggests the brand has significantly profited from the Olympic ‘fever’ so far. For residents of Beijing, it’s been hard to avoid Gu’s face on adverts at bus stops and subway stations all over Beijing in the run-up to the event.

However despite the clear opportunities for brands going all in on their Olympic-themed advertising, there is still some tension in the air given the persistence of the Covid-19 pandemic, which threatens to impact the success of the Games – and any potential financial returns. What’s more, amid simmering international political tensions, many global brands have chosen to tread lightly with their marketing efforts around the event.

Nevertheless, companies are betting that the upcoming Games will prove a worthwhile opportunity. With enthusiasm for the Olympics still alive and well from last year’s Tokyo 2020 games, the Winter Olympics will hopefully arouse and engage spectators from all over the world regardless of the issues playing out in the background.