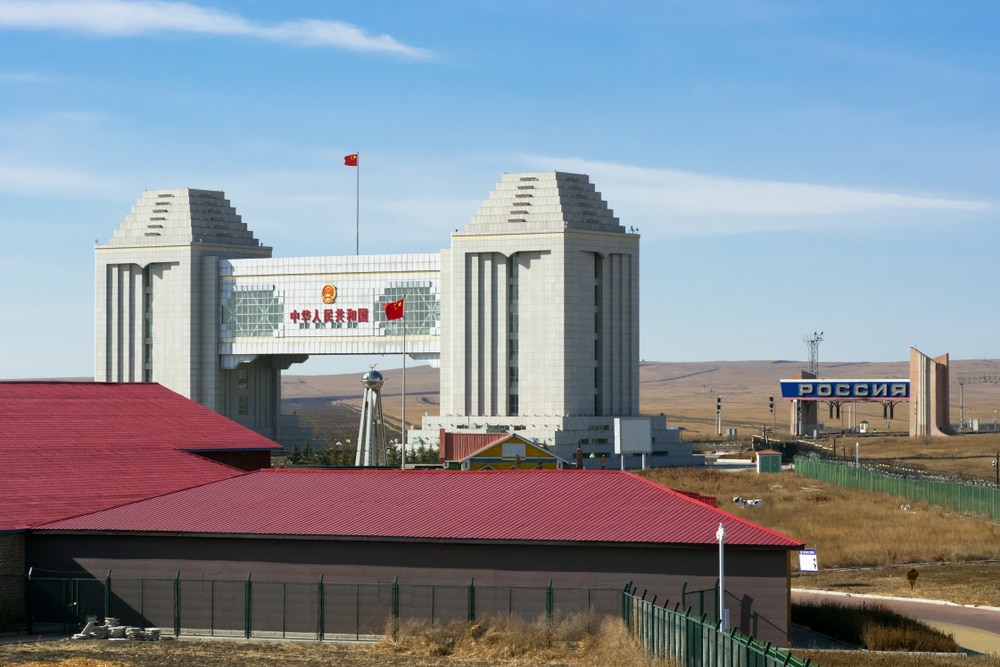 The Russia-China border winds for 2,600 miles through rivers, swamps, and vast forests. It’s a region most businesses rarely interact with, though it’s home to many potential consumers and is a major cross-trade border too. Paul French caught up with the authors of a book about the Russia-China border to find out what the prospects for enhanced trade opportunities might be

Academics Franck Billé and Caroline Humphrey spent years travelling through and studying Russia and China’s important yet forgotten border region. It is perhaps telling of the state of relations now that a border consisting mainly of rivers has not a single operating passenger bridge. Two different worlds have emerged. The Chinese side is heavily settled and increasingly prosperous and dynamic. Could it be a growth area in future decades?

You suggest that this 2,600-mile-long border shows us the ‘civilisational difference’ between Russia and China. Can you explain that concept a little more?

The Russia-China border is a very unusual border. International borders tend to be ‘frontiers’ in the sense that ethnic and cultural changes are gradual as you cross from one side to the other. Even in the case of ‘hard’ borders such as the one between the US and Mexico, you find Spanish speakers and settler populations in the States, and a culturally and linguistically competent population on the Mexican side. This is not true in our case.

With the exception of a substratum of indigenous populations on both sides (Buryats, Evenkis, etc.), the vast majority of inhabitants of the region are either Russians or Chinese who have come here from other parts of their country. Because the border was closed for decades, between the 60s to the late 80s, both sides have developed independently without contact across the border. Even though the border has now been open for 30 years, relatively few ties have been woven between the two populations.

Linguistic competence rarely extends beyond commercial necessity and both sides see themselves in very different ways, as representatives of their respective Asian and European culture rather than as borderlanders with a distinctive identity. Both populations see the border as a civilisational fault-line, a chasm rather than a bridge. To us, as anthropologists, this makes this border especially fascinating, as it is a place where very different groups ‘rub together.’

If Russia and China are, to some extent, ‘mutually interdependent economic models’ as you suggest, then the border is where we presumably see these differences most starkly. Could you highlight some essential differences in the respective economic models?

China has gone for a massive expansion of the economy through spending on new infrastructure and housing construction and an export drive.  This has been facilitated by the availability of credits and fiscal decentralisation, both of which have given regional and municipal subjects more budgetary autonomy. We show the effects of this in our book, with the extraordinarily rapid growth of cities and transport networks on the Chinese side of the border. China’s model now includes environmental concerns and the development of green energy, and we discuss the intense politics involved in a case study of an ‘eco-park’ on an island in the border river.  Despite these ecological concerns, China’s economy continues to depend on coal. Old style extensive mines and imports from similar sites across Inner Asia are a threat to the fragile steppe environment.

Russia’s model has been an attempt to maintain a degree of stability amid the turbulence created by 2008 and sanctions. This has been a policy of reducing taxes and keeping a tight rein on spending while relying on income from global fossil fuel exports to build a reserve to counterbalance shocks. The fiscal system is highly centralised, with little autonomy for the regions. Moscow doles out the money, giving noisy encouragement to a few high-tech centres of investment while leaving vast regions with little support. The overall result, as we show, is inadequate infrastructure across Siberia and the Far East, and considerable poverty at the local level. 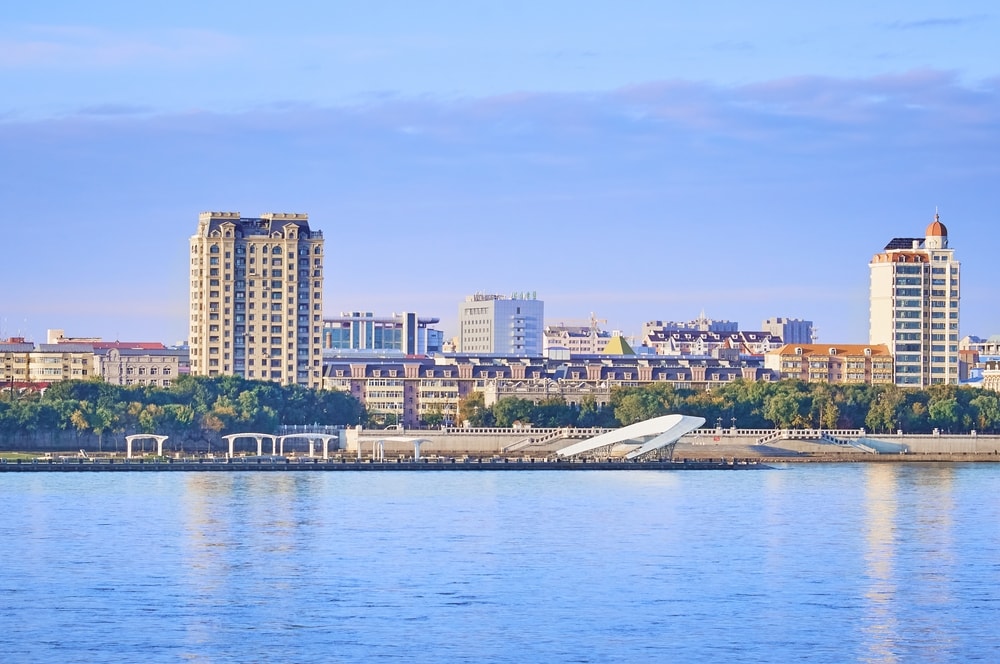 That is broadly correct but putting it too simply.  There is a vast undocumented, informal (often illegal) economy across the border, which goes two ways.  The eager purchase of Chinese consumer goods by Russian citizens has supported the prosperity of the Chinese border cities. Until a recent decline with the fall in purchasing power of the rouble and Covid-19 restrictions, droves of Russian ‘shuttle-traders’ came to Chinese border cities like Manzhouli and Heihe to buy goods, evading customs to sell at a profit back in Russia. If products like clothing, shoes, mobile phones, building materials and ceramics go one way, then many goods also flow from Russia in the other direction, including agricultural produce, fish, fur, medicinal plants, scrap metal, jade and ginseng. Chinese people operating inside Siberia and the Russian Far East have become important semi-hidden facilitators. This local informal economy is much more important for the borderland people than the oil and gas, which provides little employment and passes them by.

You suggest China now sees Russia as ‘an unreliable partner’ with a ‘too rigid and centralised economy.’ Does this add to a sense of tension along the border?

Yes and no. On the one hand, this Russian inflexibility is not new. Chinese and Russian cultural attitudes about trade are very different and both groups have had to learn to work within those constraints. As we discuss in the book, the Chinese have been far more entrepreneurial, identifying opportunities and gaps in the market. By contrast, Russians are culturally less business-minded, in part as a result of 70 years of a social economy framing profit-making business as amoral.

On the other hand, the very pragmatic needs of both populations at the border have created new forms of interaction that differ from the traditional Chinese and Russian models. Russian traders have gained a good understanding of the Chinese way of weaving commercial and personal ties that rely on trust; Chinese traders have learnt how to work with local Russians they can hire as “fronts” for their business in Russia, thereby circumventing barriers imposed by Russian authorities. The view from the border thus affords a different, and more complex, take on Sino-Russian relations. While relations on the ground echo in some way the attitudes of both countries overall, the very proximity of the two populations at the border does create opportunities for change. 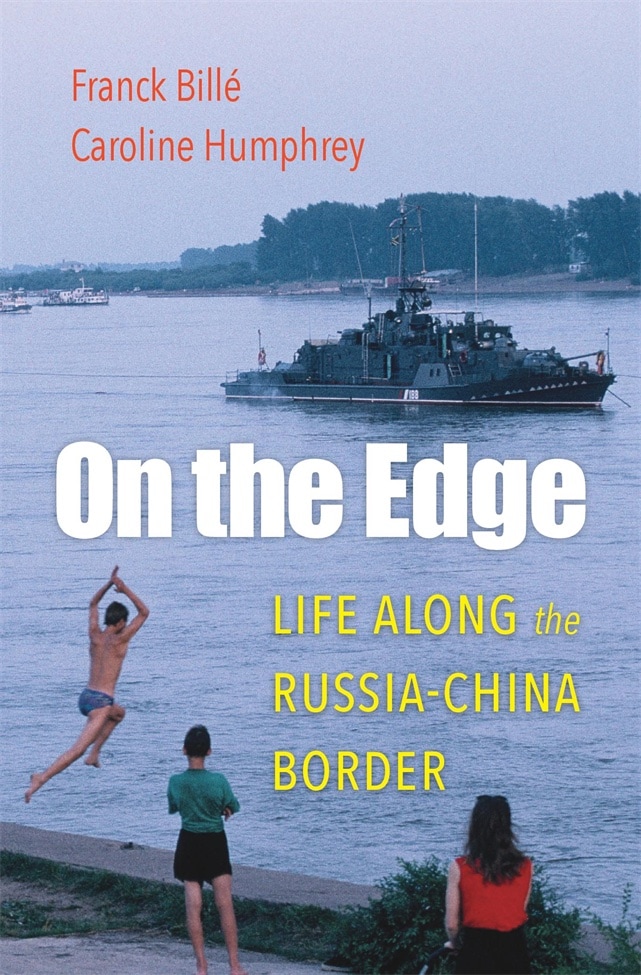 With trade in a slump along the Russo-Chinese border, you say the chance of ‘cultural misunderstandings’ is greater and that perhaps the two peoples on either side are possibly turning their backs on each other. What do you think the future relationship along the borderlands will be?

Our book was written mostly before the pandemic and therefore before the current shut-down in cross-border face-to-face trade. In the long term, the ups and downs of the trade economy may not have much effect on the process of gradual familiarisation of the two populations. But this is proceeding with glacial slowness. The differences — in language, food, social customs, religion and ethics — are so radical that greater familiarity may lead only to the realisation that ‘we’ can never be like ‘them’.

High-level diplomatic alignment between China and Russia has only a very diluted impact on the ground. The two countries are both authoritarian, but in very different ways – as we attempt to describe in the book. In the future, we expect the relationship to remain pragmatic but fundamentally distanced, with a good deal of puzzlement on either side about why the people on the other side of the border behave as they do.

Read Also
How has the UK's stance towards the Belt and Road Initiative changed?

The book is amazingly dense with people’s opinions and thoughts. How easy was it to do first-hand field research along the border in both Russia and China?

Carrying out research in border regions certainly adds a level of complexity to a research project. Borders are sensitive sites and this is especially true at the Russia-China border which was hermetically closed, experienced a brief war in the 1960s and has been subject to much propaganda for decades. Asking too many questions, especially as a foreigner, can elicit suspicion, at least at first. We were fortunate in having colleagues and friends from the region who were able to make introductions and break the ice, as well as contribute their own invaluable research. This allowed us to eventually get to speak with a wide range of people in terms of social background, profession, ethnicity, age and gender.

The Russia-China border is a ‘hard’ border in that it remains highly surveilled and difficult to cross. As we discuss in the book, despite being comprised mostly of rivers, there is no functional passenger bridge at this point across any part of the border. Crossing the border involves taking a boat (or a bus in winter) as well as long queues at ticket offices and customs. On the Russian side, virtually the entire length of the border is lined by a security zone that can extend from 5 to 100km. Neither foreigners nor Russians themselves — unless their residence is located within that zone — can enter it without a permit. Fortunately, some parts of the closed zone have been opened up, one of them being the city of Blagoveshchensk, right on the border, where we carried out much of the research.