Home Consumer What are blind boxes and why did they get KFC cancelled?
Consumer

Blind boxes are not a new phenomenon, but China’s Gen Z shoppers have pushed them into the spotlight in recent years, with everyone from McDonald’s to Lanvin getting in on the act. However, a recent misstep by KFC shows the importance of getting your blind box promotion right, as Mark Tanner from China Skinny explains

Both consumers and marketers in China are always on the lookout for the next big retail trend, especially if it combines the pure act of consumption with an extra exciting or gamified element. Over the past couple of years, that trend has been blind boxes, where consumers purchase a package from a brand containing unknown contents.

The roots of the blind box phenomenon can be traced back to 1980s Japan when fukubukuro (lucky bags containing an unknown number/value of items for a set price) and gashapon (coin-operated vending machines dispensing random toys) first became popular. Today, the blind box market is worth more than £866 million as of 2019, and this is predicted to soar to £3.5 billion by 2024.

Why are blind boxes so popular?

Raised during a period of relative affluence, these consumers have disposable income and literally hundreds of consumption channels at their fingertips, leaving them constantly on the lookout for unique, experiential spending opportunities. The game-like element of blind boxes stimulates buyer curiosity, while the unwrapping experience is tailor made for sharing on social media.

These consumers have disposable income and literally hundreds of consumption channels at their fingertips, leaving them constantly on the lookout for unique, experiential spending opportunities.

Many of the most popular blind box promotions, such as those from toy retailer Pop Mart, feature limited-edition toys or other collectables, which taps into Gen Z’s desire for self-expression, emotional connection and a sense of child-like fun. And it is not just toy brands that are leveraging this trend; luxury brands have also successfully exploited the game-like element. For example, Lanvin ran a very successful promotion where consumers could purchase a blind box ticket via a WeChat mini-programme for a couple of hundred RMB, then redeem their ticket at special Lanvin-branded vending machines, often receiving bags, shoes or other items worth much more than the price of the ticket.

Why did KFC’s blind box promotion leave a sour taste?

KFC’s blind box promotion began as an event to celebrate 35 years since the opening of the brand’s first Chinese restaurant. A RMB 99 (£11.50) family set meal came with a box randomly containing one of six Dimoo figures from Pop Mart. A seventh, hidden character, could only be unlocked after the other six were collected, adding impetus to collect the full set.

Initially, state media threw its weight behind the standout success of the campaign. China Daily described the promotion as a sizzler, highlighting the 91 million reads of the topic on Weibo within the first week. Global Times reported that people were organising paid services to help people eat their meals so they could collect the figurines without wasting food.

But the tone quickly soured after word spread about hundreds of scalpers flogging the collectables online for as much as eight times the price of a family pack of chicken. Genuine fans were being deprived of the figures. One person spent nearly RMB 10,500 (£1,230) on 106 meals to get an entire collection of toys. Many just kept the collectables and threw the food away. 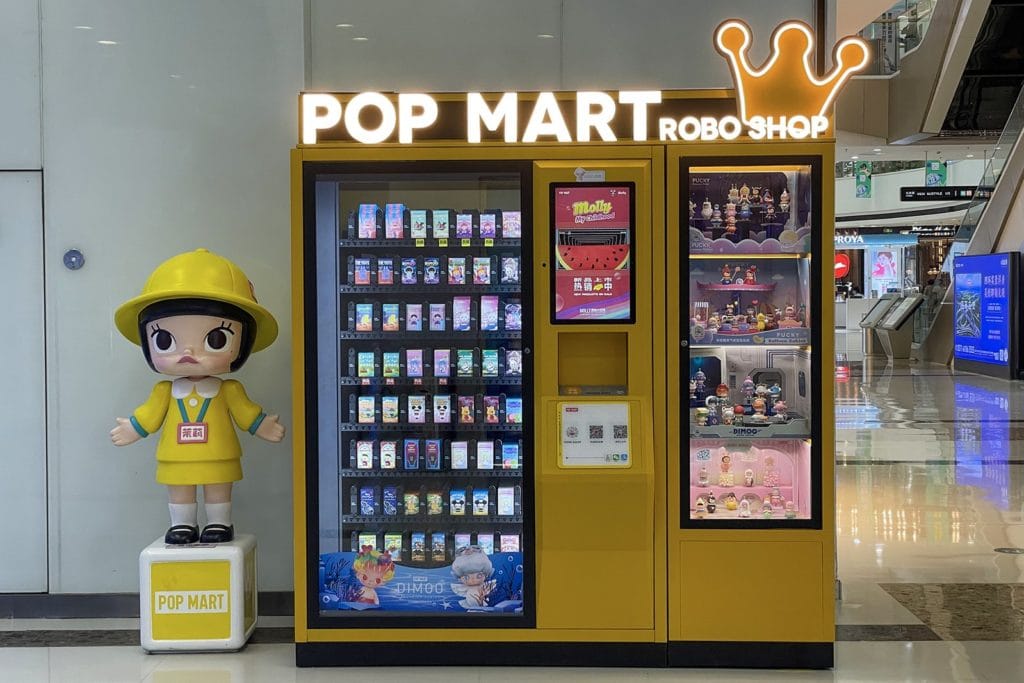 These shenanigans clearly struck a nerve with the China Consumers Association (CCA), who called for a boycott of KFC. The association claimed that the restaurant chain “used limited-edition blind box sales to induce and condone consumers’ irrational and excessive purchase of meal sets, which goes against public order, good customs and the spirit of the law.”

The criticisms were of a similar vein to the hugely popular Mengniu idol promotion last May which caused widespread food waste and was a catalyst for the clampdown on idol worshipping. Unsurprisingly, officials in Shanghai have been quick to place price caps on blind boxes, stop sales to children, and ban blind boxes containing toxic merchandise, explosives or animals.

The takeaways from KFC’s experience

Although many brands have used blind boxes in their promotions over the past few years, their appeal doesn’t appear to have faded. Nevertheless, most blind box promotions could be better executed to reinforce an emotional connection with their brand and tell related stories, rather than just to generate generic sales or shift old stock. In fact, brands must be especially wary of the latter, since part of the appeal of blind boxes is sharing the contents, and if consumers are unsatisfied, they will definitely take to social media to air their grievances.

In addition to illustrating the popularity of blind box promotions, KFC’s campaign reinforces a bigger takeaway: Chinese consumers connect with campaigns that deliver surprises, and offer the potential to obtain ‘rare’ or exclusive elements. All in all, it underpins the importance of going beyond a standard transaction and creating a memorable experience with your brand.

A version of this post was originally published by China Skinny