Why did China just cut its mortgage interest rate? 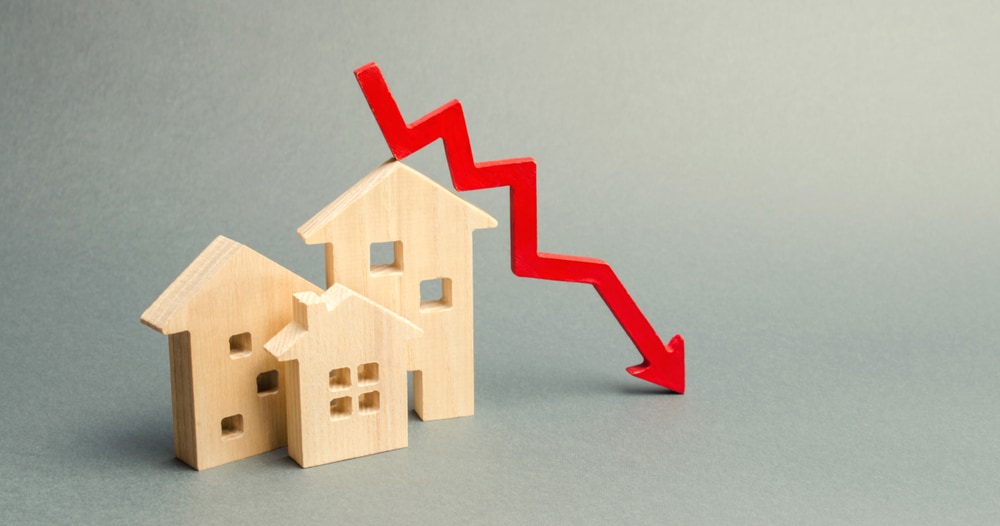 The People’s Bank of China reduced the five-year loan prime rate by a record amount in May, hoping that the cut will work to restore loan demand and get the property sector moving again. But will it be enough to help the country hit its economic targets for the year? Joe Cash investigates

The Chinese economy is facing multiple headwinds. Not only is Beijing’s harsh zero Covid policy and the shuttering of businesses and factories that come with it piling on the pressure domestically, but the country is also struggling with rising interest rates in the US and a loss of investor confidence from other parts of the world. China’s policymakers are also still having to contend with a languishing real estate sector and a marked increase in the cost of living in the country. Major state intervention will be required if the country is to hit its economic targets for the year.

Enter China’s bean counters, who have taken the step of cutting the five-year loan prime rate, which guides home mortgages, by a record amount. The People’s Bank of China lowered the rate from 4.6% to 4.45% last week, far above the cut of five to 10 basis points most economists were predicting. Mortgage lending and home sales both fell in April, as lockdowns in China’s two largest cities pushed almost all economic indicators down. Meanwhile, fears that China’s wealthy are looking to take their money elsewhere are increasing.

Consumer and investor confidence has been severely impacted by the country’s decision to maintain a zero Covid policy, despite the far greater transmissibility of the Omicron variant. In March, retail sales of consumer goods decreased by 3.5% year-on-year and were down from a 6.7% increase in the first two months of this year, whilst early-stage investment by venture capitalists declined by as much as 90% year-on-year. The People’s Bank of China will be hoping that the cut will work to restore loan demand and get the property sector moving again at least, given that getting the economy back to firing on all cylinders is mutually exclusive with a zero Covid policy.

Economists had predicted that the one-year loan prime rate, the de facto benchmark lending rate, would also be cut by between five and ten basis points, but that figure remains unchanged. The one-year loan prime rate predominantly concerns China’s money markets, which have been impacted far less by the lockdowns. Bankers have had to live in the office for the duration of the lockdown in Shanghai – China’s commercial capital – for sure, but most financial services providers have been able to train staff in other cities, both inside China and abroad, to handle transactions, meaning that the sector has gotten off lightly, relative to the economy as a whole.

Chinese stocks are struggling to keep up, however, with all the changes and pronouncements concerning the economy that seem to come with zero Covid. News of the rate cut buoyed Chinese stocks to rally by as much as 1.8% on the benchmark CSI 300 Index, but the market soon came down again after President Xi reiterated the country’s “unswerving determination” to pursue a zero Covid strategy just a few days later.

And while comments made by Premier Li Keqiang hinting that China will have to change course on Covid if it is to salvage the economy for the rest of this year have certainly pricked investors’ ears, too much uncertainty remains. It is unclear whether the Premier is making a last-ditch effort to change course ahead of his presumed retirement at the National Party Congress later this year and trying to counter President Xi’s determination to stamp out Covid, or he is just picking up the slack, which in this case, is revitalising the Chinese economy.

All things considered, cutting the five-year loan prime rate is a relatively small step towards that goal. While it should pique interest, it is unlikely to overcome the fact that the Covid lockdowns continue to damage company cashflows and individual income prospects, making borrowers uneasy; even if Chinese banks can now offer rates as low as 4.25%.

The problem China’s economic policy practitioners face is, despite the regular meetings with Premier Li to reportedly discuss the hundreds of ways the state can intervene to strengthen the economy, there is only one real solution to the country’s economic woes – choosing to live with Covid. While that remains off the table, no amount of adjusting interest rates or issuing subsidies or any other stimuli will move the dial in any meaningful way.

Analysts are already speculating that the one-year loan prime rate may actually need to be adjusted in the summer. Investors could be feeling an odd sense of déjà vu as they return from their holidays.

If you are a British company concerned about the future of the Chinese economy, call +44 (0)20 7802 2000 or email enquiries@cbbc.org now to find out how CBBC’s market research and analysis services could help.