Home News What would the collapse of Evergrande mean for British banks?
News 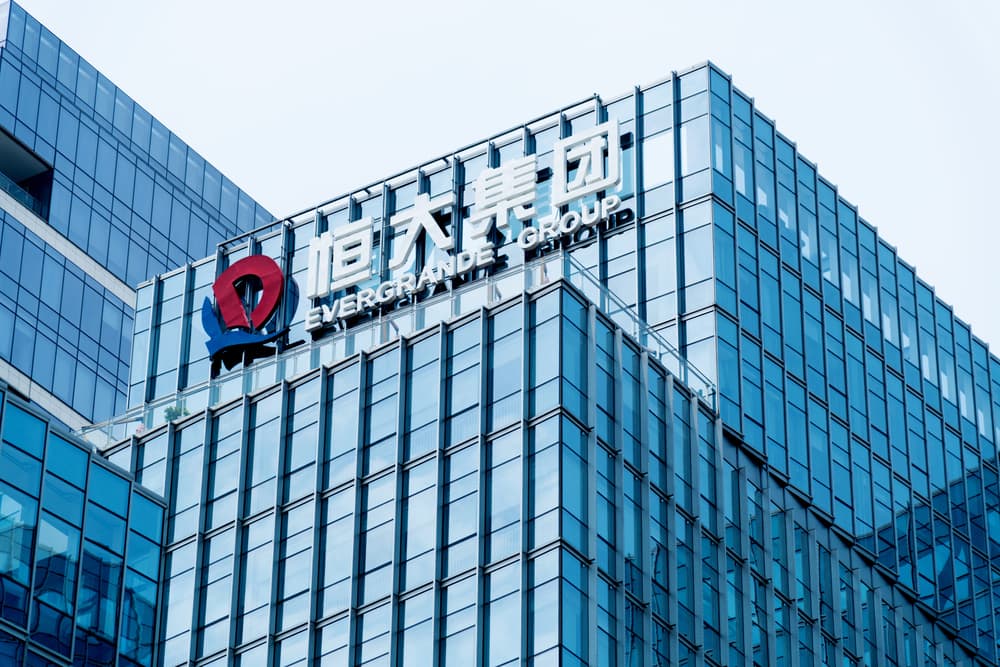 The misfortunes of Chinese property giant Evergrande have dominated the headlines recently, but presenting Evergrande’s predicament as China’s version of the collapse of Lehman Brothers is not accurate, writes Joe Cash

Evergrande currently faces liabilities of $305 billion (£222.8 billion) and was supposed to pay its creditors $83.5 million (£61 million) in bond interest by noon on Friday, 24 September Hong Kong time. The interest repayment deadline passed without any announcement from Evergrande or the Chinese government. Domestic and foreign investors are spooked; analysts have drawn comparisons between the Chinese giant and Lehman Brothers. Evergrande now has a 30-day grace period to settle things with its creditors before the business officially defaults on its loans. The question on everyone’s minds now is whether the government will intervene to save the firm. If it does not, the days of certain Chinese companies being ‘too big to fail’ are over.

Presenting Evergrande’s predicament as China’s version of the collapse of Lehman Brothers is not accurate. Of course, there are similarities between the two cases that come to mind: Both companies speculated heavily on real estate, took on lots of debt spread deep across their respective economies, and utilised opaque operating practices that enabled them to throw regulators and watchdogs off the scent until trouble was well and truly afoot. However, the main differentiating factor is that one company got too clever with the markets and got its foot bitten off, while the other got too complacent when dealing with the CCP and will likely get a public reckoning, but nothing more.

How did it come to this?

While Evergrande might be the tip of a massive iceberg (also including firms such as Country Garden and Vanke), Beijing has planned on deflating the decades-long property boom balloon it created for itself for a while. In 2017, President Xi gave a speech to the 19th Party Congress where he made clear the party’s view that “Houses are for living in, not speculation;” the People’s Bank of China red-flagged the enormous debt levels of private property developers, such as Evergrande, the following year. As a result, unlike Lehman Brothers, which was ultimately torn apart by market forces, Evergrande will most likely go through a controlled demolition.

But there will inevitably be ripples – a big institution could be coming down. By comparison, when Greece almost brought down the Eurozone in 2012, its national bank faced debts of $200 billion (£146.1 billion). As a result, President Xi could be looking at undertaking one of the largest debt restructurings in history.

So, if the Party supposedly tightly controls events in China – and the economy in particular – why did it allow Evergrande to get into this state? By now the task of reining in all this debt is much more complicated. For the first half of this year, Evergrande was ostensibly a profitable business; it was paying dividends, most of which went directly to the founder, Xu Jiayin. However, in the same way that a child whose parent has told them to tidy their room stuffs their toys in the cupboard, Evergrande hid its bad assets within its inventory. But even China’s state-controlled economy, which allows for remarkable elasticity regarding budgets, can only flex so far, and its regulators are right to worry that Xu’s cupboard is a Pandora’s box.

As nobody knows what comes next, instead of speculating on the ways President Xi might resolve the crisis – an unwanted distraction as he prepares for next year’s Party Congress and an unprecedented third term in power – this article will instead focus on the UK’s exposure to Evergrande’s troubles.

John Glen, MP, who holds the government post of Economic Secretary to the Treasury, sought to put his colleagues at ease last week by responding to a parliamentary question concerning the events unfolding in China by asserting that, “[The Treasury], alongside the UK’s independent financial authorities, the FCA, PRA and Bank of England, are closely monitoring the situation.” While Standard Chartered faces “negligible” indirect real estate exposure worth around $6 billion (£4.3 billion) in Hong Kong and $1.25 billion (£913 million) in mainland China, Glen does not expect British banks to be particularly affected – the Treasury’s 2021 solvency stress test returned a judgement of ‘Resilient.’

In conclusion, the Chinese government will likely steer Evergrande to some safe harbour. It will be a massive undertaking, and there is no guarantee that the government can resolve the matter so that the company remains intact or that the anger felt by the millions of people with investments held by the firm is quelled.

Other big Chinese conglomerates will be taking notes; they were already under intense scrutiny over their debt management, and that spotlight will only get brighter. But, unlike with Lehman Brothers, Evergrande is not a source of contagion within China’s markets, and the government can take steps to contain its collapse. As a result, Evergrande needn’t be a watershed moment in China’s economic history; British banks are probably correct in their assessment that “The generality of the growth in the Chinese economy is still very strong when compared with most other parts of the world,” as Standard Chartered CFO, Andy Halford has indicated.

Why do China and the UK want to join the CPTPP?