China’s female consumers have demonstrated growing purchasing power in recent years, and brands are tapping into this with tailored campaigns. Qing Na from Dao Insights looks at some successful International Women’s Day campaigns from this year that captured the attention of female consumers

The fast growth of China’s so-called ‘She Economy’ has drawn the attention of many brands, with International Women’s Day becoming the most important event of the year in the competition to win over China’s female consumers. In the lead up to International Women’s Day (8 March) this year, women of different age groups drove up consumption in sectors ranging from household products to strength training equipment to smart home devices. However, rushing to join the race to capture the attention of China’s highly coveted female consumer doesn’t guarantee a win. It’s therefore worth looking at some successful examples of see how others have managed it.

Proya: Gender is never a boundary, prejudice is

Following the success of its campaign last year, the Chinese cosmetics brand Proya revived its hit campaign titled “Gender is never a boundary, prejudice is.” The brand continued to challenge the assumptions made about women based on long-standing gender roles. Other brands from a wide range of industries also participated in the themed event, including women’s sportswear brand Maia Active, baby product maker Babycare and toy maker Kidsland, as well as short video platform Kuaishou and Chinese food delivery giant Meituan.

In addition to the campaign, Proya produced a short film called Lion Dancing Girls and a special mini-documentary discussing the urgent need for better sex education. The short film features a women’s lion dancing team from Guangzhou, and was narrated by Wang Shuang, a Chinese female footballer. Through this campaign, Proya played on the country’s sports pride, especially the recent rise in support for women’s football following their victory at the AFC Women’s Asian Cup earlier this year.

These campaigns have also set Proya apart by highlighting that gender issues should not be exclusive to women, but are equally important for men too. While women can be as strong as a lion, men shouldn’t be judged for being soft or delicate, or for displaying any of the traits that are traditionally associated with women. This helped the campaign resonate with more sections of society.

Songmont: Grandmas are never old, just be yourself

While young and middle-aged women are normally the focus of women’s ad campaigns, premium Chinese handbag brand Songmont decided to target the older demographic, declaring that women shouldn’t be defined by their age.

Titled “Grandmas are never old, just be yourself,” the campaign introduced a group of older women with an average age of 65, who were part of the brand’s design team. Scouted by the mother of the brand’s founder, Fu Song, these grandmas were also the founding members of the brand, bringing their knowledge of traditional Chinese handicrafts to modern handbag design. 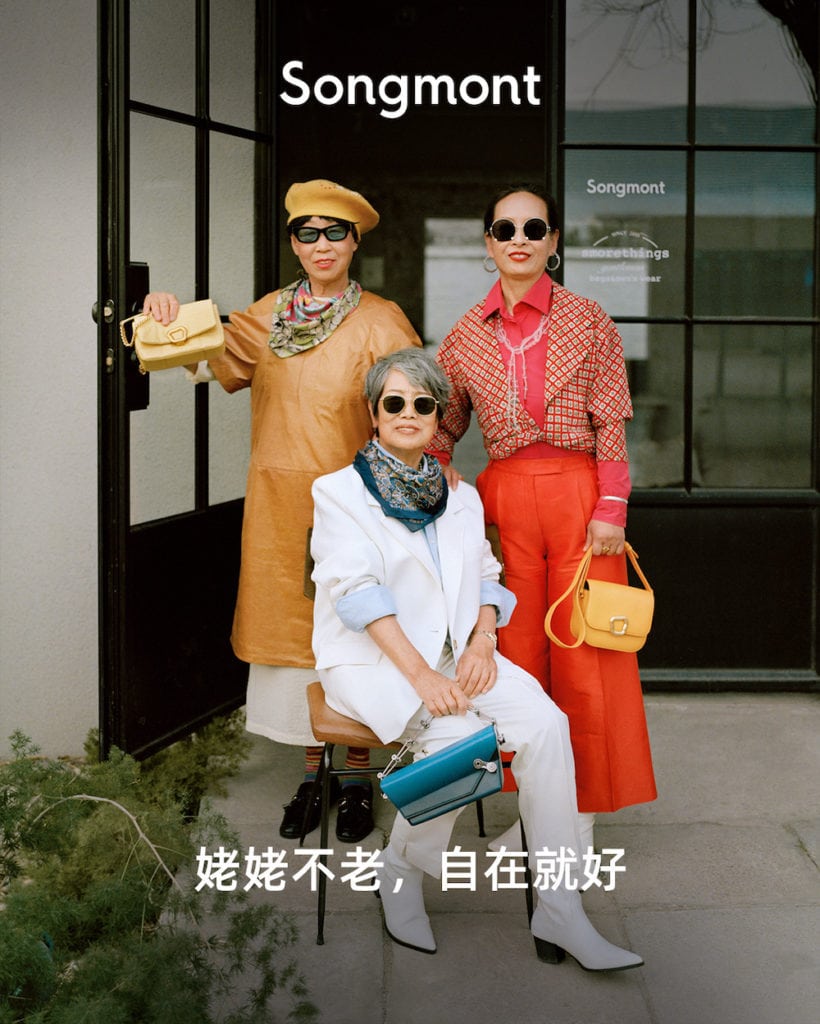 The brand staged a photoshoot for the women in Beijing to celebrate International Women’s Day. Older women are rarely the focal point for brand campaigns in China, so the campaign attracted a lot of attention for showcasing the idea of beauty at any age, while also tapping into women’s anxieties about ageing.

Read Also
The changing roles of women in China: why you should care

Meanwhile, Chinese direct-to-consumer beverage brand Genki Forest sent a message to young women that they are more than what they think they can be. Called “Unlimited Potential,” Genki’s campaign featured China’s latest teen sensation, Eileen Gu, alongside a group of young girls aged between 3 and 9 years old sharing their future dreams.

The young interviewees are asked questions like “Does your family support you?” and “Do you think your dream will come true?”. Nearing the end of the video, Eileen Gu talks about her own childhood dreams. With the inclusion of the wildly popular gold medal freestyle skier, Genki Forest has successfully leveraged the hype around the sports idol in China, especially among young Chinese people. More importantly, by engaging both ordinary young girls and capitalising on this rising role model, the brand was able to effectively communicate the message that girls are full of potential and can achieve whatever they want to in life.

As Chinese women become an increasingly crucial consumer segment, we’re seeing female-focused campaigns becoming more inclusive and diverse too. Brands appear more open and more proactive at engaging with different age groups than they have been in previous years, in a bid to foster a more intimate relationship with the female audience. It appears to be working.

Get the latest insights on China’s consumers with CBBC’s China Consumer 2022 flagship event which will take place in London as well as online on 28th-29th June. Learn more and register here.