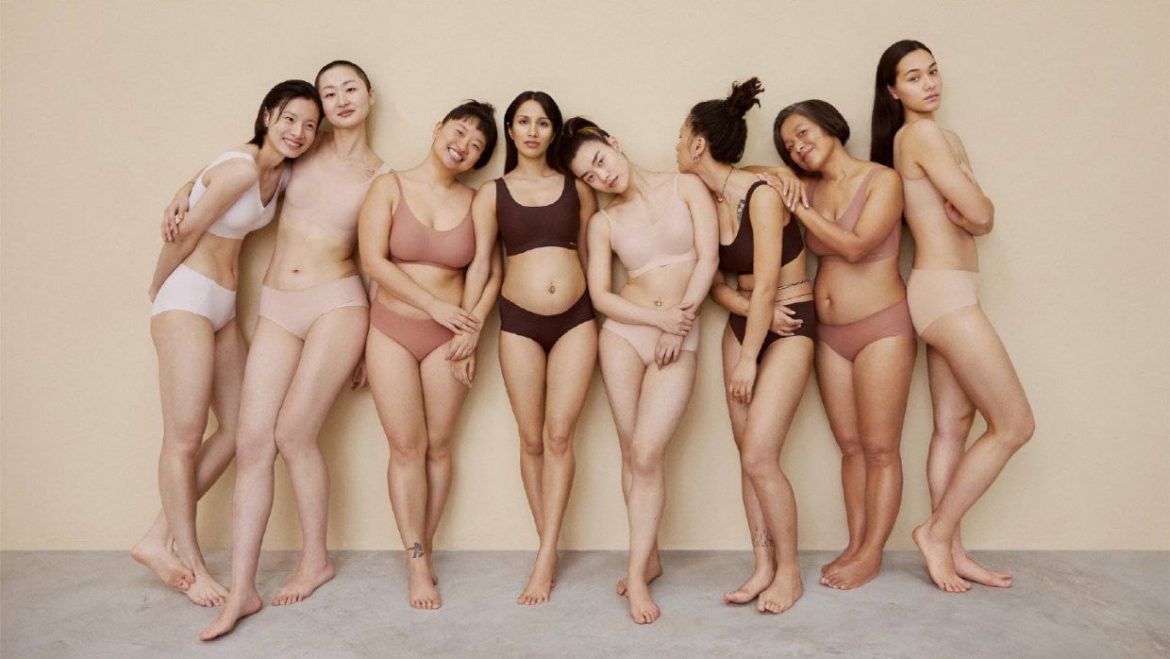 This International Women’s day, companies from Pantene to Net-A-Porter chose to make a bold statement on behalf of Chinese women – and the response has been phenomenal. Dao Insights highlights 5 of the best

Another International Women’s Day has been and gone, although we can’t help but feel like this one has been the most significant yet – especially for China. Only in recent years have Chinese women begun to speak out for women’s rights, leading a different kind of #metoo movement, with brands and consumers alike placing more and more importance on IWD. This year, most campaigns focused on gender bias, female stereotypes, and female empowerment. The team at Dao Insights has picked five campaigns that aimed to change societal values and resonate with female audiences who want to shake off social expectations.

Leading Chinese skincare brand Proya created a campaign aimed at challenging deep-rooted gender bias for both men and women. Under the heading “It is prejudice, not gender, that draws the boundary,” the campaign video highlights common statements such as, “you have really got a nerve, you are not like a girl at all. You are so quiet; you are not manly”, while questioning gender bias: “We always ask women how they balance their family and career, but we never ask men this question. We ask what it means to be an independent woman, but we never ask men the same question.”

These opinions resonated with many young people’s attitudes that they don’t want society to define how men or women should behave. Supporters of the campaign voiced that everyone should have the right to choose their roles and what they love to do. In fact, the video received more than 100,000 shares, over 100,000 likes, and 7,400 comments on WeChat Channels, making it the most shared video on WeChat moments on International Women’s Day.

In the same vein as Proya, e-commerce platform Tmall took to the streets. They set up an interactive bullet screen in Shanghai’s trendy Xintiandi area that displayed a range of sexist comments including “Marriage is an essential part of every woman’s life”, and “You’re not young anymore, don’t have high standards when looking for a husband.” Passers-by had the chance to call out these statements by getting onto a podium and holding up boards with statements such as “Society’s standards should not define beauty”, “Everyone deserves to be loved”, or “Stop being mean to yourself when you don’t have a ‘perfect body shape’.”

Countless people took part in the offline activity and the campaign video went viral online. The hashtag ‘#how cool is it that girls can counterattack’ gained 130 million views on Weibo.

Pantene empowers women in the workplace

Pantene took a similar approach by taking Tmall and Proya’s sentiment into the workplace. In China, many working women are still ‘trapped’ by gender prejudice and thus often wish to conceal their feminine characteristics in the workplace. They cut their long hair, avoid dressing up, and cover their curves to gain professional recognition. In order to truly understand these deep-rooted issues, Pantene chose to only work with an all-female creative team to speak for women during International Women’s Day.

Their campaign video features a story of a female CEO and her male assistant going to a forum. The greeting staff don’t shake the female CEO’s hand, assuming that she is the man’s secretary. It is common for people feel surprised and impressed to learn of female CEOs – a reaction Pantene aims to change. The brand even went one step further and changed the spelling of their brand name in Chinese to remove the radical signifying ‘women’, turning 潘婷 into 潘亭. The message being: To conquer the workplace, ‘female’ characteristics shouldn’t hold you back. 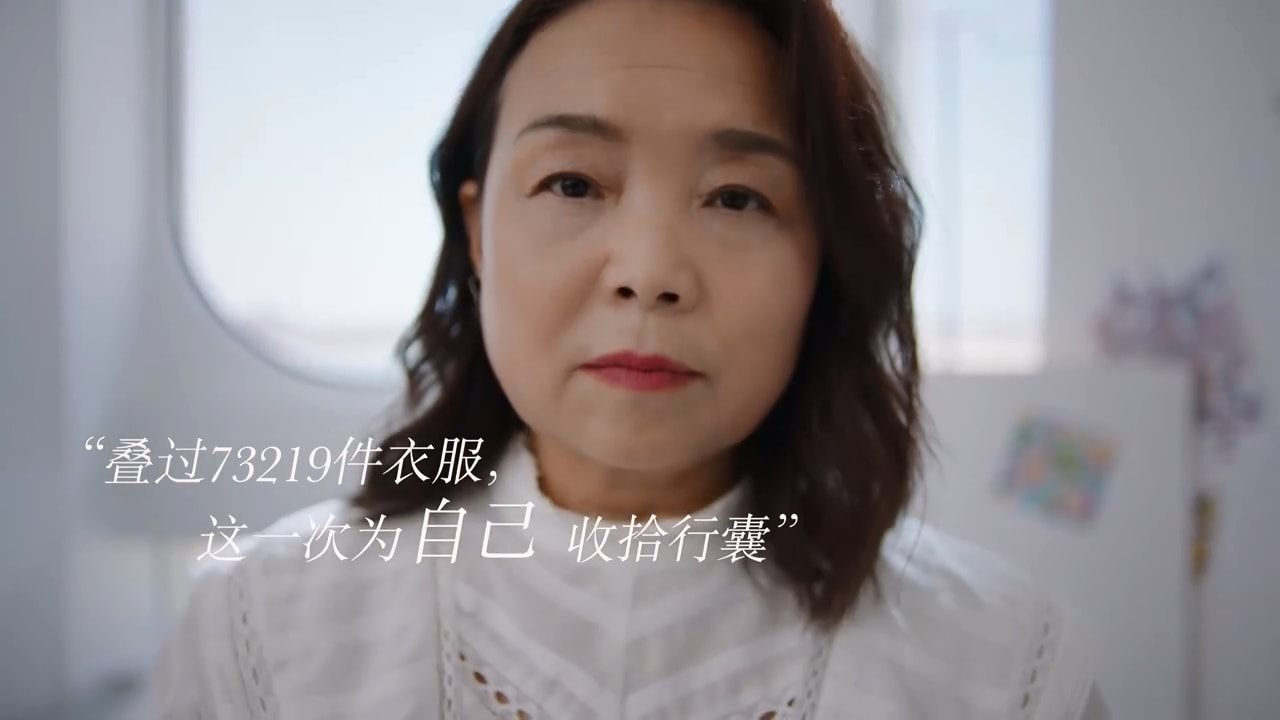 Luxury e-commerce platform Net-a-Porter went down a different route to Proya, Tmall and Pantene by choosing to celebrate rather than to expose. Apart from introducing artists to discuss fashion, female and society issues on a livestream on Tmall, they invited actress Tan Zhuo to shoot a creative short film for International Women’s Day.

The film showcases the extraordinary shining moments in women’s ordinary lives. It features Zhuyujie, a member of the Shanghai Writers Association, Su Min, a solo traveller who drove across China at the age of 50, a teenager fashion blogger, and a talented debater. The video attracted over 21,000 views on WeChat, including comments such as “every woman has powers that no one should underestimate.”

Neiwai celebrates all shapes and sizes 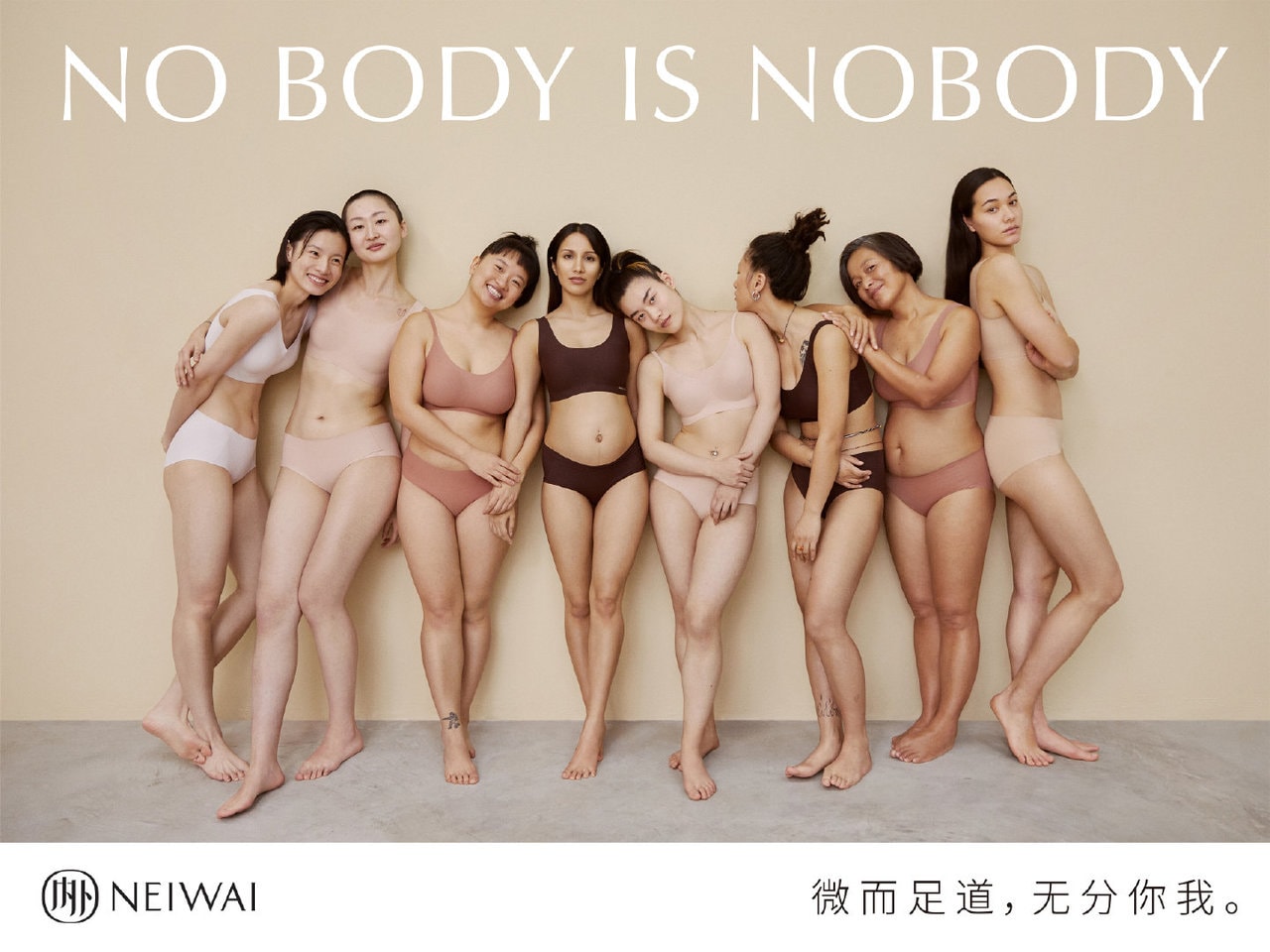 Famous Chinese lingerie brand Neiwai also chose to celebrate women. During 2020’s International Women’s Day their campaign “No body is nobody” went viral on social media. Often compared to the legendary Dove campaign, it featured six women of different body shapes, personalities, and ages and explores the unique relationships between women and their bodies. It was seen to have encouraged others to embrace their imperfections when it comes to body shapes and become more confident.

So, following on from this success, Neiwai continued the campaign this year. It featured women from different countries, again, with different body shapes. The video zooms in to capture details on the women’s bodies, highlighting their scars, stretch marks, and spots. Neiwai proved that the topic was very much still relatable, with this year’s video hitting 659,000 views on Weibo.

These International Women’s Day campaigns demonstrate brands’ and consumers’ growing fight for Chinese women to be independent, brave, and confident. The aim is to move away from notions of ‘what a woman is supposed to be’ to embracing and showcasing the rights to choose their own path in life.