The end of zero covid will bring uncertainty as cases spike across China, but the prospect of China reopening is good news for business 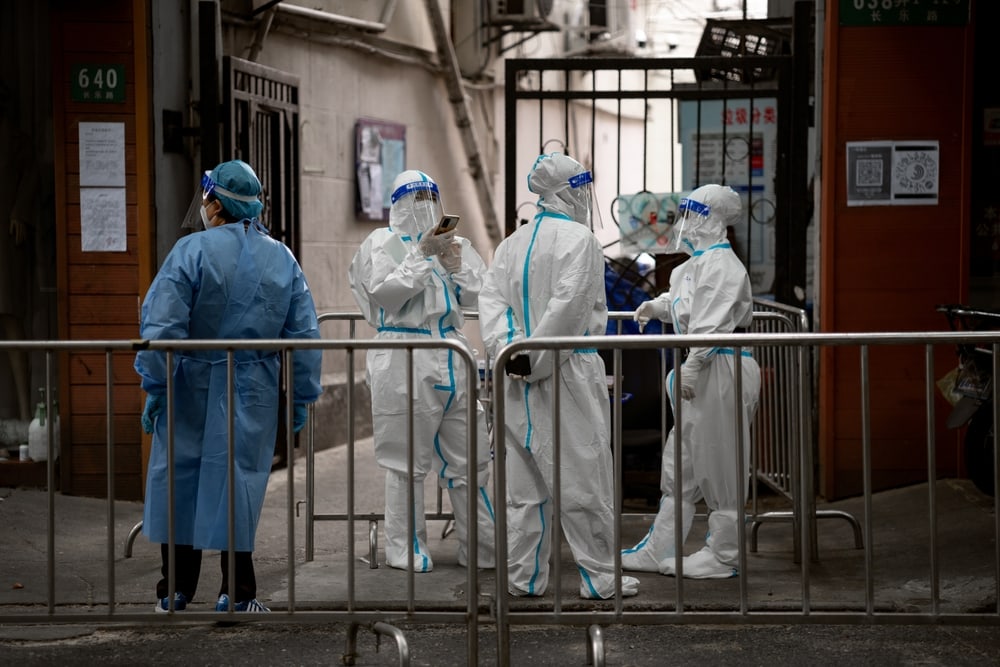 In December 2022, after nearly three years, zero covid appears to have been confined to memory, with China entering the early stages of a new “coexisting with covid” strategy, writes Tom Simpson, CBBC’s Managing Director of China Operations and Chief China Representative

Why the sudden change?

The 180-policy reversal seems to have been prompted by three main factors: a major outbreak in Beijing, growing frustration at zero covid (and hard lockdowns in particular) and recognition of the low health risk omicron presents to the population.

A plan to shift away from zero covid was likely already being considered (mostly likely for Spring 2023) but was fast-tracked after covid slipped out of control in Beijing and authorities found they could no longer turn to hard lockdowns. The demonstrations over the weekend of 25-27 November thus played a small but significant role in bringing about the shift in policy by removing hard lockdowns from the policy toolkit.

The economic impact was likely a secondary factor. After all, China has been unflinching in its willingness to weather the economic impact of zero covid over the last three years – and especially so over the course of 2022. The economic issue is also neither new nor surprising (as CBBC members can attest) so doesn’t explain the sudden change of strategy. The preferred approach of the Chinese government would likely have been to weather a few more months of pain to see out the winter, but circumstances had other ideas.

With the end of mass testing and the reporting of community cases, it is difficult to get accurate data on infections. However, China is clearly experiencing its first major population-wide wave of covid. Informal surveys conducted by Beijing residents indicate infection rates of between 40-60% of the city’s population within just the last couple of weeks.

We are also hearing reports of companies with cases among as many as 50% of their Beijing staff. Positive infections are now so commonplace in Beijing and across China that people are posting their positive test results on WeChat without any of the fear or stigma previously associated with catching covid. The shift in perception towards covid is staggering to say the least (and certainly very welcome).

Home quarantine is now the standard way for people to recover, with only the most serious cases being admitted to hospitals. Fever clinics have been set up in over 300 hospitals across Beijing, with admissions on Sunday 11 December topping 22,000 according to a report from Caixin.

The authorities are actively discouraging people from calling emergency services or going to hospitals unless necessary. This hasn’t prevented some hospitals from being swamped, although so far it appears that serious cases remain few. State media has also been working in overdrive to shift perception of covid and disrupt the cultural instinct of seeking treatment for mild symptoms at hospitals.

The expectation is that Beijing is a prelude and case numbers will soon surge in other cities across China over the coming weeks with most major cities likely a couple weeks behind. A growing number of cases are already being reporting in Shanghai. Estimates put the peak for this spike in cases at around mid-January, so we are still in the early stages of the first wave.

The end of zero covid means the dismantling of much of China’s zero covid industrial complex. At one point testing alone was estimated to be 1.3% of GDP. Local governments will be particularly relieved at the easing on their finances, though perhaps not those which have embarked on large zero covid-related investments sprees (e.g., building quarantine centres that are now obsolete).

Testing sites have closed, ‘dabai’ (the nickname for the epidemic prevention and control personnel who wear white hazmat suits) are seeking new employment, the national green code system for tracking travel ended on 13 December (though local HealthKits remain), tests are no longer required for domestic travel, and restrictions on the sale of flu and fever medicines have been lifted. Some restrictions remain, such as 48-hour tests to enter restaurants, bars and gyms.

Much like in the West, the use of home test kits (rapid antigen tests, known in the UK as lateral flow tests) have already become the norm. Sales of flu medicine have naturally spiked along with prices. Procuring medicine has become a challenge, with many left scrambling to get their hands on drugs.

Outlook and implications for UK business

The easing of restrictions is beginning to lift the mood among CBBC members albeit from a sustained period of low sentiment which has persisted since the Shanghai lockdown (March to June). We are unlikely to see a sharp rebound in sentiment but rather a gradual recovery over the coming six months as we get through the first wave of infections and further announcements are made regarding the easing of international travel restrictions.

Coexistence with covid brings a new set of issues for businesses to manage. The risk of infection has increased significantly for UK businesses operating across China as the first major wave makes its way through the population. To mitigate, companies are shifting to flexible working, updating their covid prevention measures, and procuring flu medicine and test kits for their staff.

The easing of restrictions also means the likely return of international travel to China. For the first time since China’s borders closed in March 2020, we believe UK businesses can begin to plan with confidence to visit China during 2023.

Quarantine remains 5+3 (hotel + home) at the time of writing, although we expect this will ease in the coming months, with a full removal of hotel quarantine potentially by the summer. This will likely lead to a sharp uptick in business travel, delegations and tourism. It also bodes well for the prospect of a return to ministerial visits and potentially a resumption of UK-China Government exchanges such as the Economic & Financial Dialogue and JETCO.

The end of zero covid also removes a significant risk factor for business operations and production, logistics and supply chains in particular. Zero covid disruption has been high on the risk index for businesses over the last three years since the initial outbreak, and even as recently as November major companies like Apple were dealing with severe disruption to their supply chains in China.

While we can all breathe a sigh of relief at the end of zero covid, new uncertainty will emerge over the coming weeks and months as cases spike across China. Regardless, the prospect of a return to normality is very much welcome as China begins to reopen and reconnect with the rest of the world.

What are the latest covid rules...

How to travel to China in...

The latest updates on China’s travel...

What are the latest covid rules for...