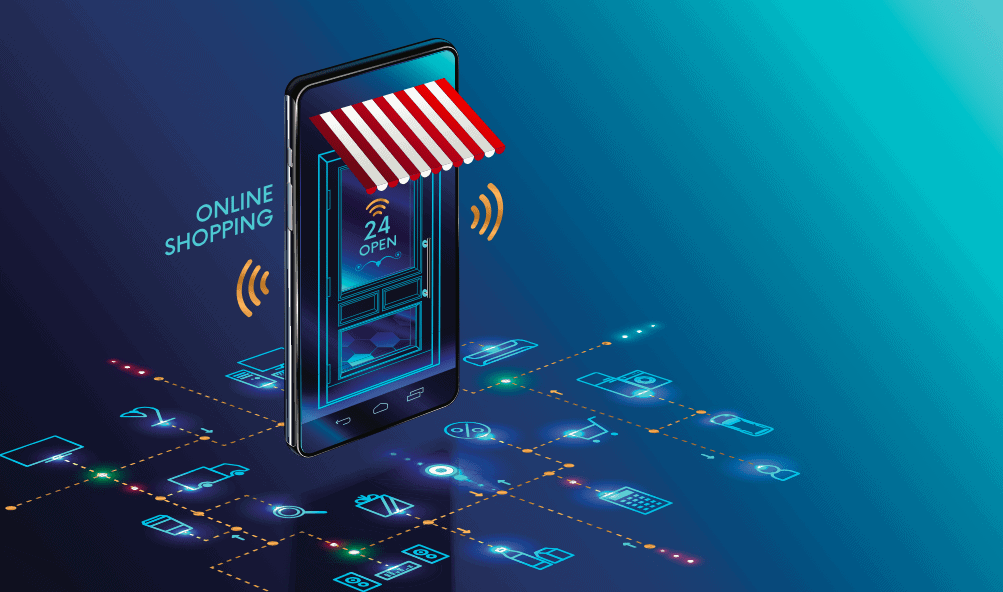 New Retail is the latest in a long line of retail innovations and sea-changes in China.  At its heart, the concept blurs the boundary between the traditional distinction of offline versus online retail (think Amazon versus the high street) but rather sees offline and online platforms as complementary forces that can be combined to redefine and improve the consumer experience, as well as drive up sales. It is a creation of a hybrid retail experience, centred around highly-sophisticated, consumer-orientated technology and consumer data. However, its application and definition vary widely amongst different players within China’s e-commerce market.

“New Retail has become a phenomenal term that’s been discussed and executed by a diverse group of businesses,” says Demi Ping, CBBC’s retail and e-commerce sector lead. “For instance, major e-commerce platforms have launched offline lifestyle showrooms and convenience stores, and brick and mortar shopping centres have introduced technologies and mini-apps to track shopper’s visiting routes and shopping preferences through their free Wi-Fi access, which will then be adopted in their data analysis to help operators improve the shopping experience and manage in-store product display.”

Espoused by Jack Ma, New Retail has been used to install Alibaba as China’s foremost e-commerce company and the market’s leading New Retail contender. For giants such as Alibaba, New Retail effectively functions as ‘online going offline’[1]. Alibaba’s dominance of Chinese E-commerce has provided the company with the necessary resources and raw data to fully exploit such offline opportunities. Indeed, Alibaba has seen massive success with its investment in supermarket chain, Hema – dubbed the “Pathfinder of Alibaba’s New Retail”. Hema’s success has enabled Alibaba to make fast inroads into China’s fresh produce sector.

Whilst investments on the scale of Alibaba’s are not practical for the majority of businesses, smaller businesses are finding other means to establish a foothold within, and redefine China’s New Retail offering. One of these is Pinduoduo.

This social touch will create an e-commerce space that focuses on sharing and network building, rather than simply selling products to the end-user

Pinduoduo caters to the lower-end of China’s e-commerce market but since its founding in 2015, has successfully adopted many innovative New Retail strategies, winning the title of “fastest-growing App in the history of the Chinese Internet”.

Pinduoduo’s name means ‘shop more together’ and this is exactly what they encourage by offering discounts on bulk purchases and offering rewards when users encourage others to download and share the app. Pinduoduo’s marketing strategy is very much built around a model of viral incentives which keeps sales momentum high by creating a social feel. The company’s success is rooted in its geographic focus on third and fourth-tier cities, areas other e-commerce players have largely ignored. These less saturated markets have allowed Pinduoduo to gain an impressive 109 million monthly active users as of December 2018.

“Consumers aren’t looking for another Tmall, so brands should focus on having a social touch,” explains Raymond Phang, Global Business Manager of Very Star. This social touch will create an e-commerce space that focuses on sharing and network building, rather than simply selling products to the end-user; an altogether more holistic and innovative model of retail in comparison to traditional approaches.

With a focus on lower-income areas, Pinduoduo’s shared buying strategy not only lowers the overall cost to consumers but also turns shopping into a cooperative exercise, creating a sense of community and growing Pinduoduo’s online footprint.

Pinduoduo’s clever use of WeChat Mini Programs (MPs) has been “the driving force behind the success of Pinduoduo, combining the powerful network effect of WeChat with Chinese consumers’ love of a great deal” says Sam Deacon, Chief Commercial Officer of Samarkand Global. WeChat has developed into a “diverse ecosystem where users interact directly with your brand,” says Deacon.

WeChat MPs are a much more effective proposition for British companies than simply listing a new product on an e-commerce website, says Phang. The use of WeChat MPs makes life much simpler for any China market entrant. Not only is WeChat looking to expand the use of these, but the development of MPs is low cost and doesn’t necessarily require significant advertising to succeed.

DNBX is a British cross border e-commerce company connecting British brands to Chinese consumers. At the end of 2018, they opened a physical store in Guiyang with support of a Free Trade Zone and the local government. The products are seen in the offline store and then bought online via the DNBX site, allowing customers to benefit from cross-border e-commerce tax incentives.

“An unknown brand can get some traction online but it certainly needs to push its e-marketing,” says Liam Hannagan managing director of DNBX. “But with an offline store, customers can try them on, take pictures with products and share the information socially,” he says. It gives smaller brands the opportunity to get into the Chinese market by moving from offline to online. DNBX also helps brands register their trademark and set up a WeChat presence, creating a one-stop-shop for brands looking to get into China’s booming New Retail market.

The British House in Beijing also has a physical offline store which sells high-end British products via cross-border e-commerce. They created a MP in just four weeks, and this now accounts for 20 percent of all their online sales.[2]

“Mini Programs take approximately 20 percent of the time and cost that native apps take build, so establishing an e-commerce shop as a mini program can be the easiest way for UK brands to establish an initial direct sales route online in China,” explains Scott Muir, founder of digital marketing agency Regroup-media.

A combined use of New Retail, and an online-offline strategy with WeChat Mini Programs are not only helping British brands to enter the Chinese market but are opening up whole new areas of potential for e-commerce.

Written by Patrick Allum.  For more information on retail contact Demi Ping in China on demi.ping@cbbc.org.cn