Mark Kitto was one of the most well-known foreigners in China for much of the 1990s and 2000s, as founder of the That’s entertainment magazines. Tom Pattinson speaks to him from his Norfolk home to learn more about his new one-man theatre show soon to be performed in London

When I speak to Mark Kitto from his North Norfolk home, he is sporting a neat handlebar moustache. Accompanied by ever-so-slightly greying hair, a strong jawline and a booming voice, Kitto looks every bit an early 20th-century military general.

The moustache, he explains, is a necessity for the latest chapter in his ever-evolving career. All three of the characters in his solo theatre show Chinese Boxing – a play about the Boxer Rebellion of 1900 that he has written, directed and is starring in – sports a form of moustache.

Kitto, the former metals trader, well-known publisher and hotelier, has managed to fit more careers into his five decades than most people could in a lifetime. But his latest – and arguably most rewarding – career shift is treading the boards up and down the country in his one-man show.

The former Welsh Guards Captain has achieved success in a number of different industries but is best known for his time as one of the early foreign publishers in China as the founder of the That’s Magazines series. The English language publications were an essential guide for expats to navigate Shanghai, Beijing and Guangzhou, informing them of the best places to eat, drink, and shop, as well as how to enjoy some of the country’s burgeoning cultural scenes. But when the business started to become financially successful, local government rivals decided to take his licences and effectively evict him from his own business.

In 2009, Kitto published a book documenting the travails of setting up businesses in China. That’s China was an entertaining and often eye-opening account of the risks of doing business in China during China’s period of rapid growth and desire for earning a quick buck – at any cost. 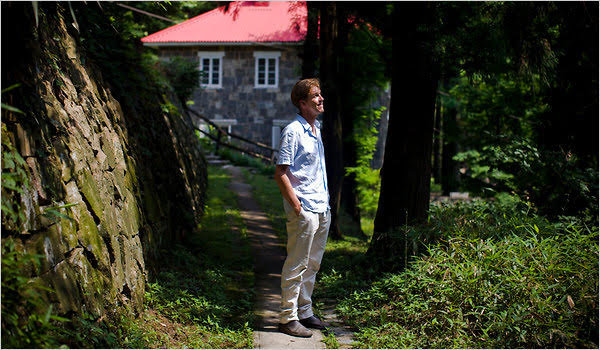 Kitto outside his hideaway in Moganshan (Photo: Shiho Fukada)

After he was removed from his own publishing business, he moved to the mountain retreat of Moganshan, two hours west of Shanghai, which was the summer destination of wealthy British expats and Chinese triads alike a century before. Most of the stunning villas that were built in the early 20th century had fallen into ruin so Kitto and his wife set up a cafe and guesthouse to appeal to 21st-century expats looking to escape the hustle and bustle of modern-day Shanghai. Kitto wrote a second book, China Cuckoo, about his eight years in the cool bamboo forests.

“Of all the places in China, [Moganshan] is the one where I most felt part of the community for the very simple reason that the locals, the older guys, had all grown up surrounded by foreigners,” Kitto explains. “Their parents worked for foreigners, and when I appeared in the village, it was a simple case of, ‘Oh yeah, they’re back.’ So what they did was treat me like, ‘Where have you been all this time,’ which was really, really nice for China.”

But in 2012, after nearly two decades in China, he decided to return to the UK, penning a much-imitated departure letter to China that was published in Prospect Magazine, where he wrote a regular column.

Kitto’s return to the UK saw him launch a local listings newspaper covering North Norfolk. Kitto talks about missing the size and speed of China but also how business in China is done in a more gentle manner. “When you know the rules of the game and you know what’s going on, I find it a more pleasant way of business or social interaction,” he says. “The problem with many in the UK is that they’re sort of quite aggressively defensive. They’re not open to new ideas.”

The nice thing about Britain is that the government supports you. It doesn’t kick your door down and fine you because one of their mates has called them up

His return to the UK also saw him return to one of his first loves – acting. “I’ve always been interested in it. I did some at uni in Beijing in the 80s and I did a bit of stuff in Beijing in the mid-90s when I got back there.” He performed in the musical Cabaret in Beijing in 1996 and acted for the Shanghai People’s Arts and had a great experience. “Right from the get-go people were saying: ‘Oh, you’re quite good at this. Have you ever thought of doing it seriously?’ And I said, ‘Well, kind of. But never seriously, seriously.’” After taking a few courses and a few more parts in student films he started to get more offers and since 2018, it has really taken off.

But today, he is talking about his one-man show Chinese Boxing. The idea came about after Kitto was reading a report about China’s mass-mobilised citizen-led online army and it gave him a thought: “We’ve got the Chinese government using Chinese people citizens as their tool – as a little sort of secret weapon against people and especially against foreigners. It just made me think of the Boxer Rebellion,” he says. 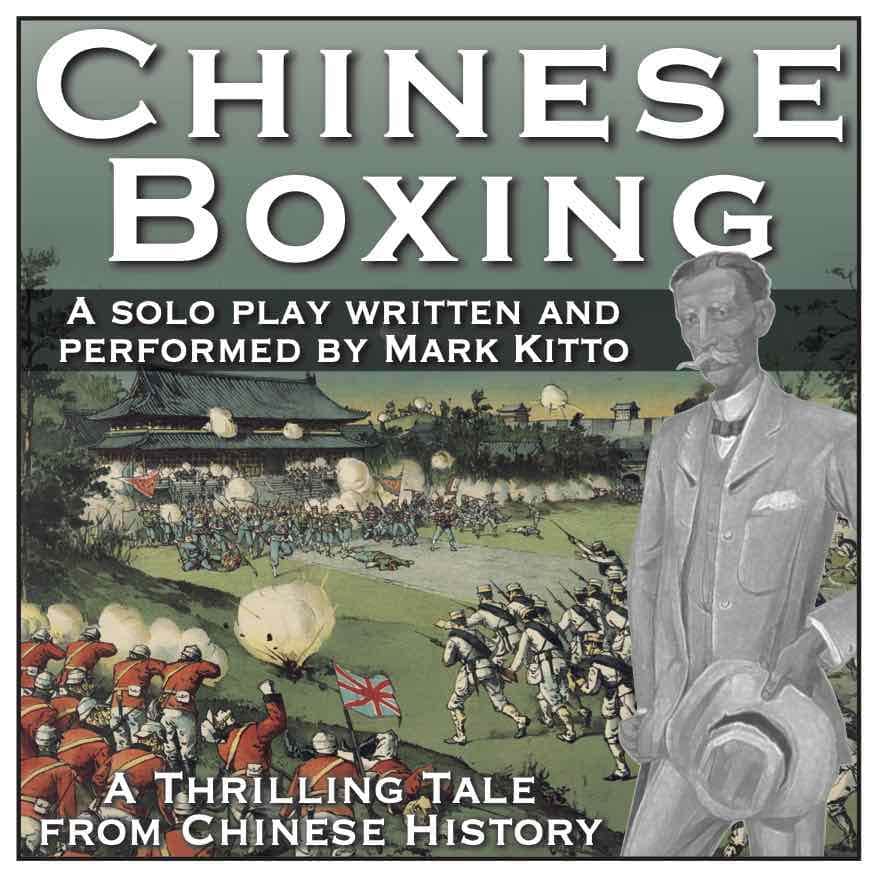 After plenty of reading and research, Kitto said the main three characters just simply walked in the door. The first is the frightfully proper Sir Claude MacDonald, who was the minister plenipotentiary – ambassador to Peking – in 1900 and commanded the defence of the Legations when they were besieged by the Boxers. The second character is Rong Lu. He was actually military imperial commissioner in charge of military training and commander of the Beijing garrison.

“He was basically the top military dog in the Qing Dynasty in Beijing, and he was ordered by the Empress Dowager Cixi to help the Boxers kill all the foreigners. Of course, the big twist of the play is that he actually helped the foreigners survive.” This rumoured former lover of Cixi did in fact reach out to the foreign relief force when they arrived outside Beijing but was ignored by the foreign generals and he faded into obscurity.

“And then there is Sergeant Frank Richards, who is a real person who was in the Royal Welsh Fusiliers. He served in the First World War and wrote the best first-hand account of the First World War by a junior soldier,” says Kitto. “Richards is down and dirty and quite cheeky, and just gives the real, earthy accounts of the relief force. And having been in the Welsh Guards myself, having a Welsh character in Welsh is about the only accent I can get away with.”

Because these are first-hand accounts, Kitto wanted to ensure his research was accurate. He revisited Peter Fleming’s The Siege at Peking and read McDonald’s Diaries, as well as History in Three Keys by Paul Cohen, and the enjoyable Indiscreet Letters from Peking by Bertram Lennox Simpson – also known as Putnam Weale – who was eventually murdered during the warlord era.

Playing a Chinese character hasn’t been without its challenges, says Kitto. He was cancelled by one small Norfolk theatre that argued playing a Chinese character could be perceived as racist. Although Kitto turned up with a book of references and reviews, their ambitions to win an anti-racism award would be put in jeopardy if they let him play it. Kitto explained that the play is about cross-cultural understanding. The theatre made an apology but it was not to be at that particular theatre.

The show is a warning for Western audiences, he says. “It shows what the Western world did to China and should help explain why China feels the way it does about us,” he argues. Chinese audiences love it, he says, because it puts through a viewpoint others hear less regularly.

The post-show Q&A he says can also be very entertaining and lively as debates ensue and questions allow Kitto to share more of his career and personal stories of China.

The theatre offers a special ticket deal of ‘10 for £10’. Mark’s books are both now available in audiobook form.

When will shipping between the UK and China recover?