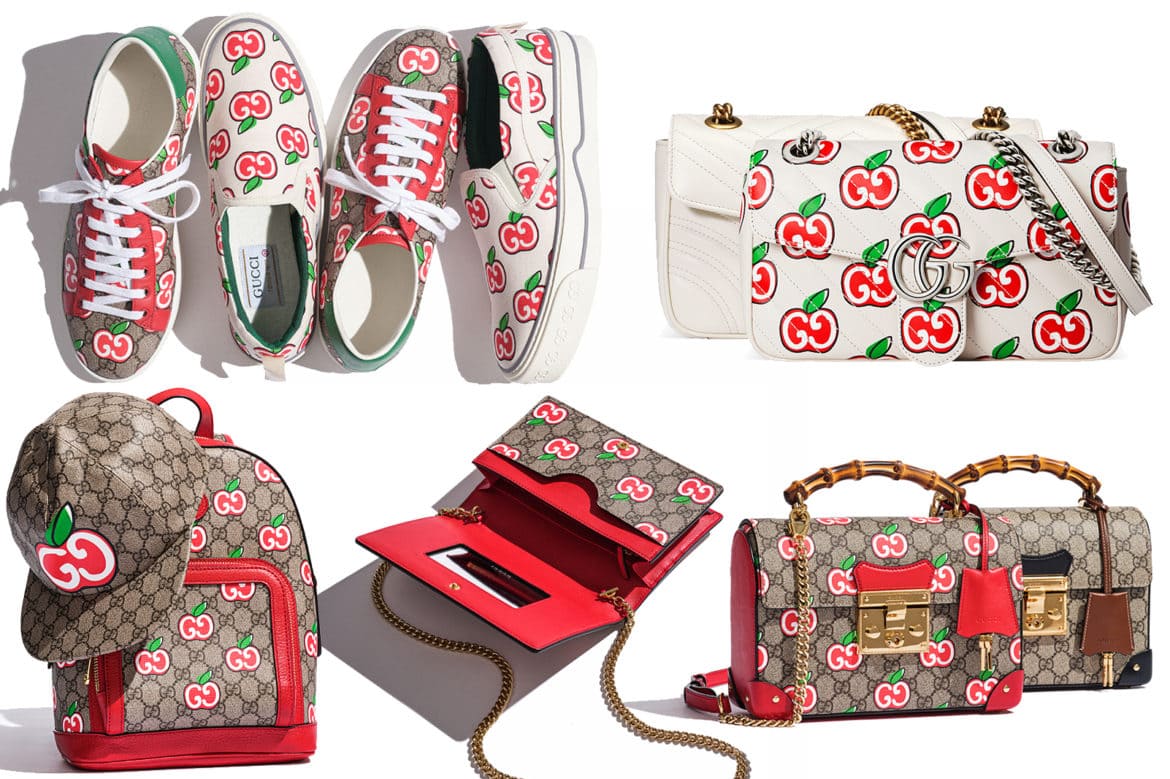 Yes, another one. Whether China just loves love or likes participating in festivals, there are at least three special occasions that relate to matters of the heart: international Valentine’s Day on 14 February, ‘520’ on 20 March (the numbers sound like ‘I love you’ in Chinese) and the ancient Qixi, which takes place on the seventh day of the seventh month of the Chinese lunar calendar. As with so many traditional festivals, Qixi has also become one of the most lucrative shopping occasions in China.

Balenciaga earned the title of the tackiest Qixi campaign 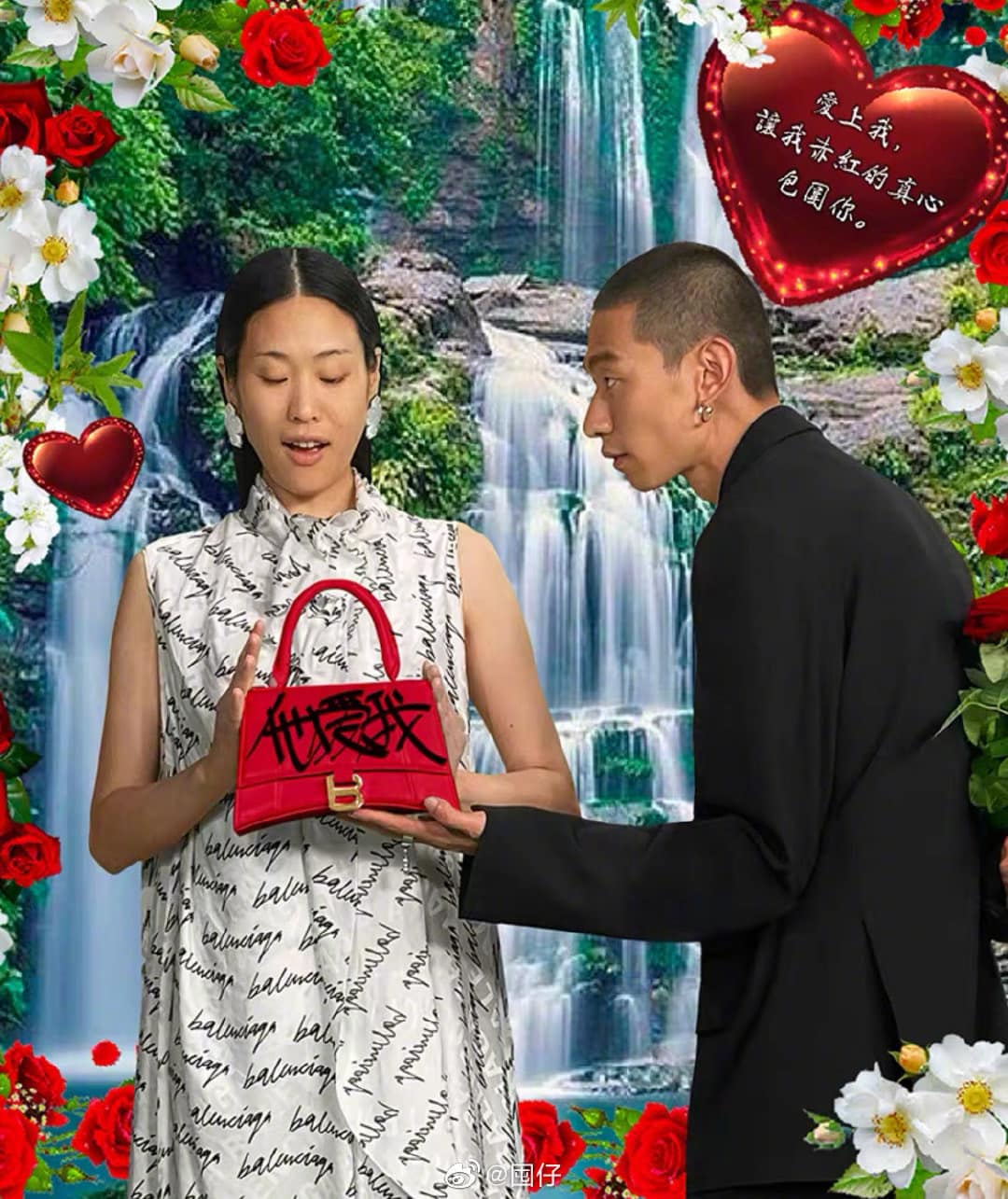 Whether Balenciaga is your cup of tea or not, the luxury fashion brand has gathered an immensely loyal following in China. When you’re THAT popular, surely you can experiment/be bold in your campaigns?

In a bid to click with a younger, more free-spirited and creative audience, Balenciaga went all out. The result was quite an eyesore: variants of ‘I love you’ and ‘you love me’ were scrawled on the 139,000 RMB handbags, and the model campaign included gaudy scenes of butterflies, red flowers, hearts and waterfalls with mountains that looked like they’d been put together on Microsoft paint. By a 12-year-old.

Users on social media platform Weibo went wild over the “tacky and tasteless” design. So much so, that the hashtag “Balenciaga’s Qixi campaign is too tacky” had collected over 200 million views at the time of going to print and counting. The campaign is incomparable to the one aired in France for international Valentine’s Day, a fact that sparked a discussion about whether Balenciaga thinks “ugly” design is more appealing to Chinese consumers. A popular fashion KOL (Key Opinion Leader) nailed it: “It’s a common marketing strategy – the brand wanted to create a huge sensation online while not paying a huge amount of money for marketing.”

Balenciaga at least demonstrates that to gain great exposure, you need to get people talking about you. So, all digital marketing campaigns should be designed to elicit consumer engagement across a range of channels.

Luxury brand Valentino played the clever nostalgia card. Remember the fun of having a crush? The campaign video features two young people playing a very flirty game of hide and seek. This cheeky representation of young love resonated across social media, sending the hashtag #VLoveTN Qixi limited series into the stratosphere with over 62 million views on Weibo alone.

Aside from the video, Valentino also released limited-edition Qixi handbags, shoes and clothes, which were promoted on the brand’s WeChat Moments feed. To increase awareness even further on WeChat, a (non-love related) puzzle in the form of a special Rubik’s cube game was released.

Just as with Valentine’s Day, Qixi has become extremely commercialised, so if you have a partner but no gift on the day, you risk disappointing them greatly. Not to worry, you can always run into the nearest shop for some chocolates and a bunch of flowers. Maybe some jewellery if you really want to impress him/her? Well, luxury brand Jo Malone, best known for its scents, felt a little left out. Candles and perfumes were simply not on lovers’ Qixi shopping lists.

So what better way to gain a greater audience share than by collaborating with an accessible brand beloved across multiple target audiences? Along with Spanish clothing brand Zara, Jo Malone released eight limited edition perfumes for Qixi. The ‘romantic’ names included Waterlily Tea Dress, Amalfi Sunray, Tubereuse Noir, and Bohemian Bluebells – who knows what those smell like.

The perfumes were made widely available through Zara’s official website, their WeChat Mini Program, the brand’s app, as well as in store, along with a personal customisation service. But to really establish the scents as a viable gift, the two brands needed a little more help. Enter the secret weapon: China’s most famous live streamer, Li Jiaqi. Whatever Li recommends to his followers flies off the shelves within seconds. And it worked: a mammoth three-hour livestream on Weibo gained 69,000 viewers!

Gucci got lucky with its apple-centred campaign

Well, here is where Gucci got lucky. The theme of their Qixi campaign was ‘apple of my eye’, a phrase commonly used to express love to your partner in English. However, the meaning may have been lost in translation for some Chinese consumers as to them, apples represent peace rather than love. An easy way for netizens to stir up a sugar storm online for failing to localise properly. Luckily though, the campaign went down a treat.

Gucci’s promotional video shows two teenagers developing their friendship into a relationship when the boy uses a paper bag painted with red apples and the ‘apple of my eye’ to confess his love. The limited-edition apple print collection includes handbags, backpacks, accessories, shoes, and small leather goods like cardholders. All products were available on Gucci’s official website, their WeChat Mini Program and selected physical stores. 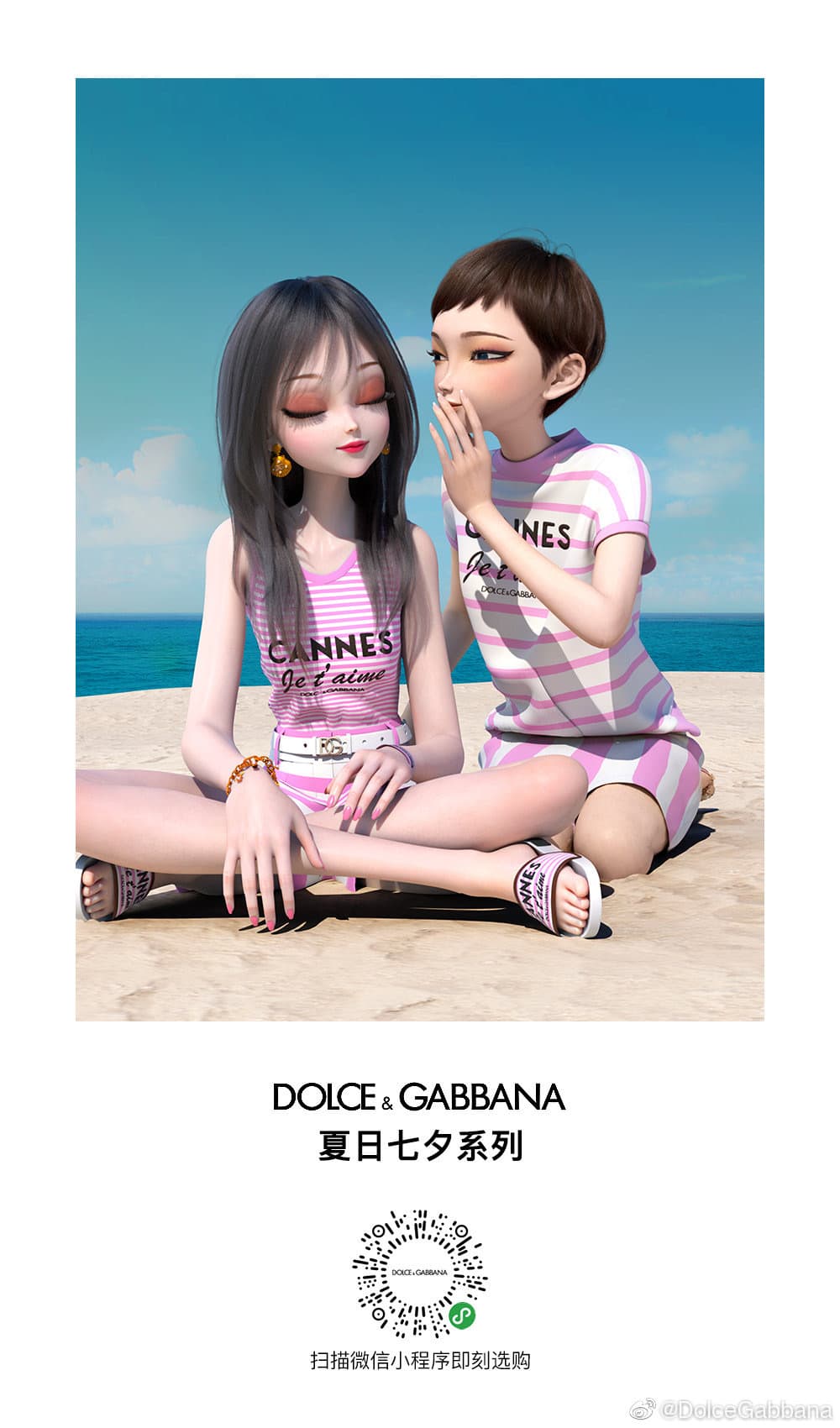 While Gucci got lucky, and Balenciaga’s flop earned a lot of views, D&G completely missed the mark this Qixi – again.

To be fair, the Italian luxury brand would have surprised itself if it had earned the title for the best Qixi campaign given its previous faux pas in China. D&G are notorious for angering Chinese consumers with bold and satirical campaigns that might work in the West but have often ended up being outright racist and stereotypical in China. Posing on the Great Wall and eating pizza with chopsticks eventually got the luxury colossus booted out of China in 2018.

Instead of doing their homework and playing it safe, worming their way back into the hearts of Chinese consumers, they went with yet another bold approach. Netizens claim it is because celebrities refused to work with D&G, that their campaign featured strange-looking digitally animated models. The female-only duo was hanging out at the beach, apparently showing that Qixi could be spent relaxing with friends and not just partners – a message that does not fit the festival at all. To make matters worse, the campaign looked like it was not made specifically for China, but was rather an international campaign simply copy-pasted to China.

Campaigns for China must be carefully curated

They must understand Chinese people and Chinese culture. China can be a Garden of Eden to Western luxury brands, paradise if you get it right and short-lived if you break the rules. While Valentino, Jo Malone x Zara, and Gucci earned some brownie points this Qixi, Balenciaga and D&G missed the mark. Who knew that capitalising on love could backfire? At the end of the day, understanding Chinese people and China’s culture is key to launching successful campaigns and building brand love with that target audience that will make 50% of global luxury purchases by 2025.