The Covid outbreak has caused every nation to look at its healthcare systems. China’s already complex system needs simplifying and to spend more on soft skills, writes Tom Pattinson

China’s healthcare system is complex. As we can see from our recent article produced by the Commonwealth fund, the quality of care people receive depends on a patient’s type of job, region of residence, and income bracket. It is a far cry from the universal healthcare many European patients have come to take for granted, and nearer to the employment-based insurance programmes common in America.

The majority of residents are covered by one of the public insurance programmes, which are either paid for by employers and employee contributions or in the case of rural residents or the elderly and unemployed, paid by local governments with voluntary contributions.

However, relatively low caps on treatments and co-payments on medicines mean that patients are still paying for a sizeable chunk of care themselves in out of pocket expenses. Although this has fallen from about 60% in 2003 to around 30% today it can still be crippling for many.

“Public insurance now covers about 92% of the population, but urban and rural resident schemes are still not very generous and so many people still have significant out of pocket payments,” says Jane Duckett of Glasgow University who has been researching China’s reaction to the healthcare crisis.

For the terminally ill or those involved in serious accidents, that may mean that only the independently wealthy are able to afford life-saving treatment. Many Chinese residents with cancer choose to avoid treatment as the costs would not only mean spending all their savings but leaving their children in major debt. 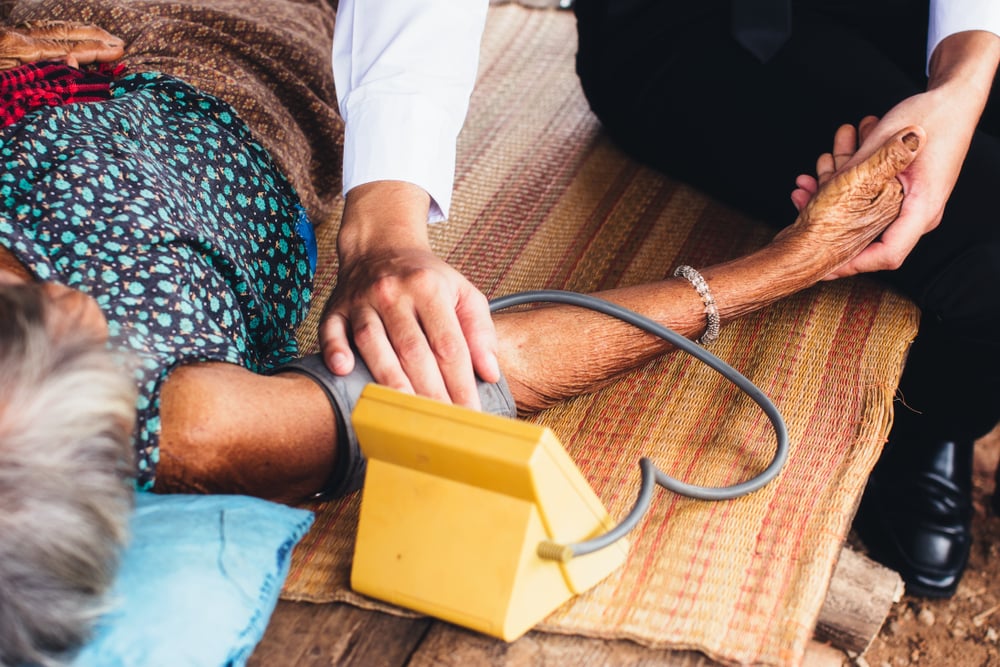 The growing middle class is increasingly investing in private healthcare, in a bid to cover the costs that exceed the government-imposed reimbursement caps offered as part of their public health insurance, and to pay the difference in co-payments. The number of private hospitals is also on the rise as middle-class patients bypass the state system entirely.

The government is also pushing Traditional Chinese Medicine (TCM) as a low-cost alternative to expensive, imported and patented western drugs. However, there are many dangers in promoting medicine that has little regulation when it comes to quality and dosage, and even less research into whether the benefits outweigh the risks. Although research is being undertaken, TCM is certainly not a viable alternative to tried and tested western medicine for all but the most minor of ailments.

The recent Covid pandemic has shown that China’s healthcare system is robust enough to deal with a major outbreak. However, just as in other parts of the world, people were told to stay away from hospitals unless they had an emergency, which may have led to the number of cases and deaths being under-reported and those with non-Covid related illnesses not getting the care they needed.

China’s love of infrastructure and hardware has led to investment being ploughed into large urban hospitals rather than rural healthcare facilities and the training of medical workers.

China claims to have 2.6 doctors for every 1,000 people, but according to the WHO, half of those doctors don’t have a bachelors degree, and in rural areas, the number of qualified doctors is as low as 10-15%. There is also a shortage of nurses, with just one nurse per doctor in China compared to three in the UK.

Primary care clinics, such as GPs – that are supposed to handle minor ailments and release the burden on hospitals ­– are almost non-existent in China. Those that exist are underfunded and not as well trusted as hospitals. A mere 5% of doctors in China act as GPs, meaning those with any kind of sickness turn up at the doors of a hospital.

This year’s pandemic will lead to major changes in China’s healthcare system. The central government will likely invest more in healthcare and continue its pro-TCM campaign. Private insurance companies that previously had a relatively low uptake will see a growth in demand. And there will be a rise in telemedicine. Whether the telemedicine boom that has been visible in the first half of this year will continue apace is yet to be seen. Telemedicine in China has many top-down restrictions on what can be diagnosed and by whom, and which medicines can be prescribed. From the bottom-up there are also challenges, as culturally, Chinese patients expect to have their pulse and temperature taken by a doctor (often versed in TCM) before they will trust them.

China needs to invest more money in healthcare, yes, but it needs to invest in soft rather than hard skills. This means more grassroots investment into primary care. Training of nurses and doctors to keep all except emergency and seriously ill patients clear of the hospitals. Traditional Chinese medicine could well be used as a complementary addition to western medicine, but without major research and regulation, it cannot be a truly effective alternative. Tele-medicine and online diagnosis will go a long way towards easing the burden on overstretched doctors in busy hospitals, but legislation needs to ensure doctors are qualified in order to foster trust among their patients, and regulation needs to be eased to permit them to prescribe medicines safely and more effectively.