Home Technology Which companies have entered the metaverse in China?
Technology

Which companies have entered the metaverse in China?

From Baidu to ByteDance, China’s tech giants are looking to the metaverse to refresh their offerings and stay competitive in the digital realm – here's what you need to know 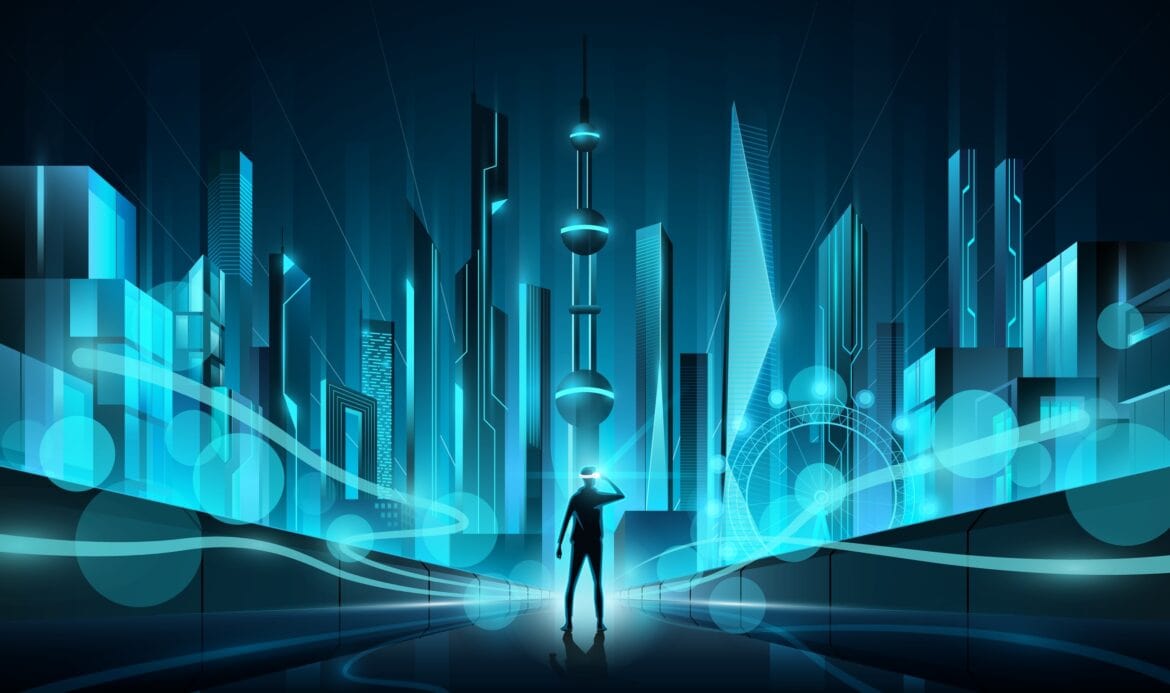 Whether it’s a virtual avatar or augmented reality shopping, China’s ‘big three’ – Baidu, Tencent and Bytedance – are getting stuck in to the metaverse in China

“Metaverse” has become a new buzzword in China, bringing about a host of new and exciting business opportunities. Chinese technology companies have begun testing the water by developing metaverse-type apps, trademarking metaverse-related phrases, and investing in the VR/AR segment.

On 1 November 2022, the Ministry of Industry and Information Technology (MIIT) jointly released a four-year action plan with five other regulators to integrate virtual reality tech with industrial applications. This action plan is regarded as China’s first national-level policy that supports metaverse development. While the policy does not explicitly mention the metaverse, it urges authorities to create the fundamental technologies that support immersive AR, VR and mixed-reality experiences. The plan’s top objective is to achieve significant technological advances in virtual reality by 2026. This calls for innovation in fields like full-body motion capture, gesture, eye, and expression tracking, and technologies for rendering graphics.

Which Chinese tech giants are investing in the metaverse?

Whether it is about creating a parallel, computerised version of reality, or enhancing the sensorial perception of human experience in the real world, both VR and AR technology represent the premises upon which China is strengthening its version of the metaverse – which is the natural next step for businesses and startups especially in (but not limited to) the tech world.

According to a recently published report by Morgan Stanley, Chinese netizens seem to be particularly intrigued by the metaverse (in Chinese: 元宇宙 yuányǔzhòu), and leading Chinese tech firms have already begun to invest in a market that may be worth up to US$8 trillion in the future.

Baidu was the first company to launch a metaverse app in December 2021, under the name “Land of Hope” (in Chinese: 希壤 xīrǎng), which signalled the entry of the Chinese tech giant into the global metaverse rivalry. Through the creation of avatars, the software allows users to engage in a virtual environment. The app debuted in January 2022, introducing users to several virtual scenarios that combine Chinese history and futuristic designs – a sci-fi-inspired version of the ancient Shaolin Temple is a brilliant example of this.

Tencent, the Chinese world-leading internet and technology company behind WeChat, has done several things to make its social offerings more virtual – for example, with the launch on the QQ platform of a new feature called Super QQ Show, which introduced a 3D interactive space where users can interact and play games together. Sounds familiar? The idea was earlier launched by the company and restored with the necessity to resist upcoming competitors in the field.

In 2022, an app called Jelly (in Chinese: 啫喱 zhě lí), which is developed and owned by Beijing Yidian Entertainment Technology Co., Ltd., allows users to create online avatars of themselves and engage with up to 50 friends. It surpassed WeChat to become the most downloaded app in China’s iOS store on 8 February 2022, becoming the first social media app to beat WeChat in several years. Even though the programme encountered delays and crashed due to the large number of users connecting at the same time, leading to the temporary suspension of new account requests, it still represents a valuable lesson for the tech giant on the direction where it is wiser to invest.

The parent firm of TikTok, ByteDance has designed two metaverse apps: Party Island (in Chinese: 派对岛 pàiduì dǎo), for the Chinese market, and Pixsoul for the Southeast Asian one. The two programmes allow users to create virtual avatars with which they can communicate with their friends. The company clarified its vision for these projects, which are intended to represent an alternative to the metaverse since they are undergoing modifications and are only available with a unique invitation code.

The metaverse continues to pique the imagination of Chinese consumers. According to Newzoo, 78% of them are interested in interacting within gaming worlds — in contrast to 57% in the United States and 47% in the United Kingdom. Moreover, data indicate that 82% of those who are interested in the sector also feel very optimistic about the metaverse’s potential benefits (again, the numbers sharply surpass those in Western countries).

In addition, virtual reality and virtual idols are already booming in China, comprising an industry that is worth RMB 51 billion (£6 billion) and RMB 3.5 billion (£413.6 million), respectively. Their success lies in the fact that Gen-Z consumers relate more easily to these intermediaries, who resemble familiar anime characters. Moreover, they are also a safer alternative for traditional influencers as they eliminate human errors and are easier to deal with. This is the case for Ayayi, China’s first meta-human, who was launched in May 2021 by Ranmai Technology and who has already joined Alibaba, recently taking on the role of digital manager of Tmall Super Brand. Another example is Luo Tianyi, a 15-year-old virtual performer whose Weibo account (@Vsinger_洛天依) has more than 5 million followers. In view of this, more companies and content-sharing platforms are employing this medium to attract younger generations of users.

A version of this article was first published as ‘China’s debut in the Metaverse: Trends to Watch’ by Dezan Shira & Associates’ China Briefing

The US 2022 CHIPS and Science Act, explained

What does China’s falling birth rate mean for business?