In part thanks to China's zero Covid policy, TNE in China is moving towards allowing students to complete their studies entirely in China, and STEM subjects are also being prioritised 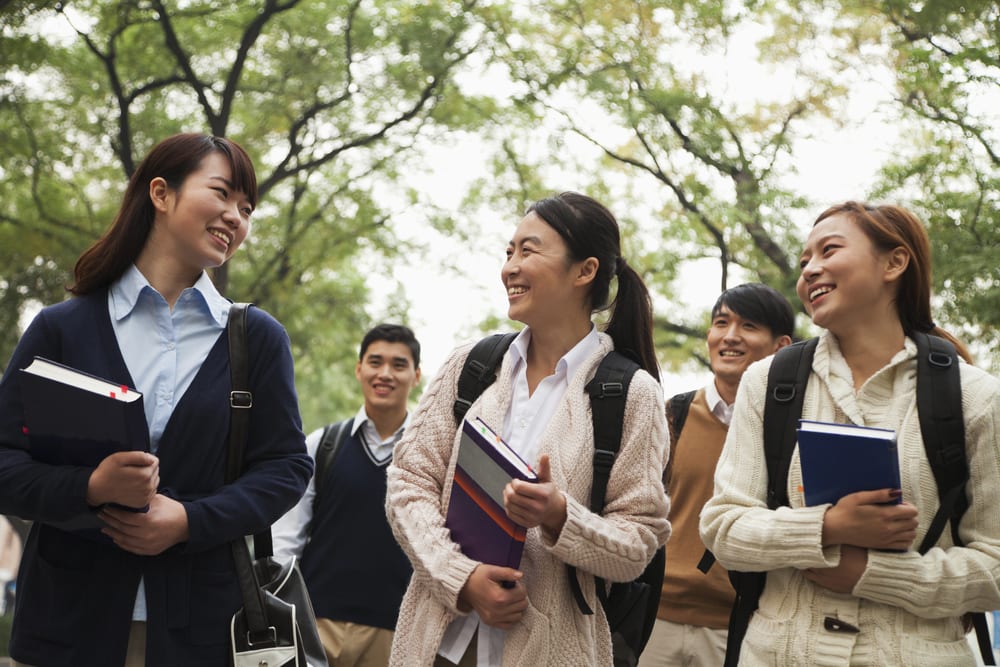 What is transnational education in a Chinese context? And what are the opportunities for the UK’s higher education institutions? A new CBBC report sheds light on the current trends in China’s education industry.

The UK is home to some of the world’s leading and most widely respected educational institutions, and this soft power advantage has led the country to become a top study destination for students from all over the world.

With as many as 144,000 Chinese students currently pursuing higher education in the UK, they have become one of the country’s largest international student cohorts, making significant contributions to the UK’s higher education sector and regional economies.

The importance of Chinese students is unlikely to change in the near future, and UK universities must align their recruitment strategies accordingly. One way to do so is by further developing a presence in China’s transnational education (TNE) sector.

What is transnational education?

Transnational education (TNE) is education provided either in person or online through an institution located in a different country. More broadly, TNE can come not just in the form of courses taken at overseas institutions, but also in that of international credit transfers, degree validation, joint or dual degree programmes and distance learning.

TNE in China works in the same way, albeit with a number of characteristics specific to China due to differences in the market, laws and regulations, and history. Indeed, China has a large and rapidly growing TNE sector, and foreign higher education institutions (HEIs) are well aware that setting up a presence in the China market significantly increases the ease with which they can attract Chinese students to their main campuses outside of China.

TNE is a long-established industry with about 20 years of history in China. The Double First-Class initiative (an initiative selecting universities to be developed into first-class educational institutions, and prominent programmes to be elevated in quality to become classed as ‘first rate’) has had one of the largest impacts on the sector and helps explain the shift among joint educational programmes (JEPs) and joint educational institutions (JEIs) to using a fully in-country model rather than having students spend a portion of their studies abroad. Government focus on innovation has also led to the prioritisation of STEM subjects, which has consequently influenced TNE to move in the same direction.

Covid-19 has only further entrenched the fully in-country model, with the travel restrictions in place having had a significant impact on TNE in China. And it is not just students that are affected: Covid-19 restrictions have made it difficult for academic and administrative staff alike to move to and from China.

The scale of transnational education in China

According to the Chinese Ministry of Education, 2,332 joint educational programmes and joint educational institutions were approved by 2020, of which 1,230 were for undergraduate degrees or higher. These JEIs and JEPs were established by a mixture of British, US, Russian and Israeli universities and higher education institutions. In the same year, there were more than 300,000 students enrolled with JEPs and JEIs at the undergraduate level and above. The regions with the highest number of JEPs and JEIs are Beijing, Shanghai and Jiangsu, with Beijing alone home to 59 JEPs (as of 2022).

The UK’s involvement in China’s TNE landscape is considerable: over a fifth of all China-foreign joint programmes and institutions at the undergraduate level and above are operating in partnership with UK institutions. Specifically, there are now 237 British TNE partnerships in operation in China, ranging from sponsored institutes within Chinese universities to degree-granting programmes.

There are currently 22 China-UK JEIs with non-independent legal status in partnership with Double First Class universities, including the Leicester International Institute at Dalian University of Technology and Lancaster University College at Beijing Jiaotong University. Most offer only undergraduate education, but a few – like Zhejiang University-University of Edinburgh Institute and the Faculty of International Media at the Communication University of China (run with Nottingham Trent) – offer education all the way to PhD level.

The future of transnational education in China for UK universities

Approximately half a million students are enrolled in TNE in China. For the UK – not only a global leader in the provision of education but also a country with deep ties to China in the education sector – there are clear opportunities to take advantage of, particularly in the field of establishing JEPs and JEIs.

The popularity of JEPs and JEIs has grown in the last two decades. Following a period of relatively rapid and uncontrolled growth during which JEPs and JEIs proliferated, the Chinese authorities introduced measures to raise standards through a combination of evaluations and permits. At the same time, JEPs and JEIs have been encouraged to focus on certain subjects seen as being more beneficial to China’s wider economy, particularly STEM subjects, and to offer education not just at an undergraduate level but also at a Masters and PhD level. For UK education institutions – many of which are at the forefront of a wide range of technological and scientific academic fields, some of which already have extensive experience of collaboration programmes in China – these are welcome steps.

In addition, China is moving away from a TNE system in which students spend a proportion of their studies in another country – typically one or two years of a four-year undergraduate course, for example – and towards one that allows students to complete their studies entirely in China. This is partly, albeit not completely, a response to the travel restrictions as a result of the country’s zero Covid policy. For UK education providers, this is where funding is most likely to be available for new or expanded JEPs and JEIs.

Despite the range of opportunities, there remain a number of trends that UK education institutes would be wise to pay attention to. To begin with, there are geographical variations. Eastern China, long the most prosperous and economically developed part of the country, currently leads the way in terms of the number of JEIs and JEPs, suggesting that provinces such as Jiangsu and Zhejiang, as well as the municipality of Shanghai, should factor into the location considerations of the British side. Other regions of China do hold promise though, such as the south, where the Greater Bay Area is receiving significant governmental support.

The information in this article is extracted from “Transnational Education in China Today,” the first in a series of reports available exclusively for subscribers of CBBC’s Comprehensive Higher Education Strategy Service (CHESS).