Exports from Wales, especially in specialised machinery for semiconductors, rose 23% in Q1 – so why was Scotland's down 59%? 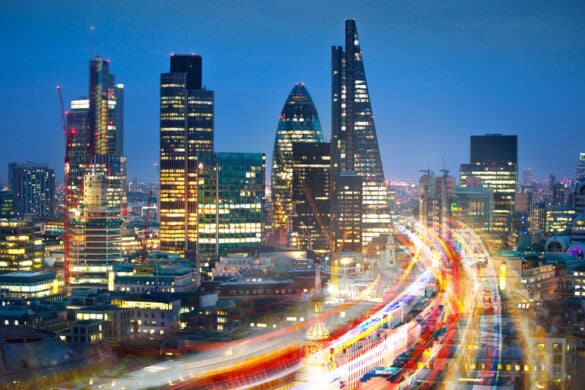 Despite challenges like the lengthy Covid-19 lockdown in Shanghai, UK exports to China are proving resilient, with many UK regions reporting record export growth, according to CBBC’s China Trade Tracker. Here are the latest UK China trade statistics

In 2021, China was the UK’s third largest trading partner, after the US and Germany. It was the UK’s sixth largest export market for goods and the single largest source of imports. Indeed, the UK’s links to China via goods trade, tourism and education support an estimated 114,000 to 129,000 jobs across the country, according to a 2020 report by Cambridge Econometrics.

Perhaps unsurprisingly, the first quarter of 2022 saw UK goods exports to China decrease 12.8% compared to the same period a year earlier. They were also down 11% lower compared to the last quarter of 2021, according to HMRC data. That said, the data leaves no doubt about the continued importance of the Chinese market to the UK, with some individual regions and sectors performing particularly strongly.

“While the past few months have been challenging, it’s encouraging to see our trading relationship going from strength to strength, with most UK regions reporting record export levels,” said Andrew Seaton, Chief Executive of China-Britain Business Council. “UK exports to China are proving resilient and generate employment and prosperity across the UK. Making sure that UK businesses are getting their fair share of the China market opportunity – including its dynamic consumer market, driven by its large and growing middle class – is more essential than ever to the UK’s recovery and future growth.”

Read Also
Exporting to China: How to conduct market research

Apart from the seasonal effect of Chinese New Year – which means a general decline of Chinese demand during the first months of the year – the biggest reason for weaker exports were a decline in key British exports of road vehicles (down 14% from £940 million to £807 million), petroleum (down 29% from £651 million to £462 million) and medicinal & pharmaceutical products (down 46% from £482 million to £261 million) compared to the first quarter last year. Together, these exports constituted 70% of all British goods exports to China in Q1 2021 versus 58% in Q1 2022.

On the positive side, exports of professional, scientific & controlling instruments (up 16% from £143 million to £165 million), power generating machinery (up 10% from £180 million to £198 million) and non-ferrous metals, e.g. platinum (up 8% from £185 million to £200 million) all witnessed higher Chinese demand in the first three months of 2022 than in the same period in the previous year. Their overall share of China-bound exports increased from 17% to 21% between the first quarters of 2021 and 2022.

My advice to British businesses looking to expand, is to tap into the dynamic Chinese market – it is unrivalled in terms of its sheer size and potential for growth — Andrew Seaton, Chief Executive of China-Britain Business Council

Among the UK regions, Wales retained the strongest growth in goods exports to China, seeing an increase of nearly 23% year-on-year in the first quarter of 2022 compared to the same period last year. The success in Wales is mainly due to growing demand for specialised machinery – especially in the semiconductor business – with the Principality’s exports of this product category surging by 121% year on year (YoY) in the first three months of 2022.

Besides Wales, the North East (+10% YoY), the East Midlands (+2% YoY) and the South West (+2% YoY) also experienced positive growth in goods exports to China in that period.

By contrast, Scotland (-59% YoY), London (-14% YoY), and the West Midlands (-26% YoY) were impacted by the slump in exports of road vehicles and petroleum, even though most of their remaining exports maintained stable levels with few changes compared to the previous year.

Overall, the Q1 2022 data shows that China remains an important growth market for high-quality and high-value adding UK manufacturers and businesses, even though the large export share of a few items (road vehicles and petroleum) can lead to stark fluctuations in overall export figures.

Read Also
How can CBBC help your business in China?

The China Trade Tracker was launched by CBBC in October 2021. Produced every quarter, it acts as an ‘always-on’ reference tool providing the facts and figures about UK-China trade and the impact on the UK economy, including at the regional level, of trade with the world’s second-biggest economy.

Each issue of the China Trade Tracker provides an overview of the impact of Chinese trade in the first quarter of 2022 and detailed analysis of each region across the whole of the UK. It draws on Government, HMT, DIT and ONS data, compiled by CBBC’s specialist analysts.

Click here to read issue 5 of the China Trade Tracker

How to succeed in China’s food and beverage market

Why now is the time to launch your first store in Beijing (yes, really)