China’s now-famous Singles Day sales, held on November 11th (11.11), has become a lifeline for overseas brands in the midst of the pandemic, writes Demi Peng

The volume of sales on Singles Day has grown year on year as shoppers learn to hold out for the shopping festival’s sizeable discounts and retailers offer bigger promotions and exclusive or limited edition products. In 2019, shoppers ordered 1.9 billion products, and this year three million workers shipped an incredible 2.321 billion products around the country.

This year, a new term was coined – revenge spending – as shoppers whose spending had been curtailed by Covid splurged online with a vengeance.

Singles Day is no longer confined to a single day either. The e-commerce shopping festival kicked off as early as the 21st of October this year, with over 800 million Chinese consumers snapping up offers worth more than £56 billion at the time of going to press.

A remarkable 31,766 brands from overseas are participating in the even, with 474 of those brands already reaching sales of RMB 100 million.

Launch your brand in China with our e-commerce guide

British brands and brands from around the world will be watching China’s performance with interest and optimism as a return to normal (or better than normal) looks likely. Luxury brands that traditionally avoided the discounted shopping day for fear of damaging their reputations were more visible this year, as over 200 luxury brands took part. They hope that Singles Day will help make up for lost revenue from earlier in the year and the retail slump that Covid has caused elsewhere in the world. 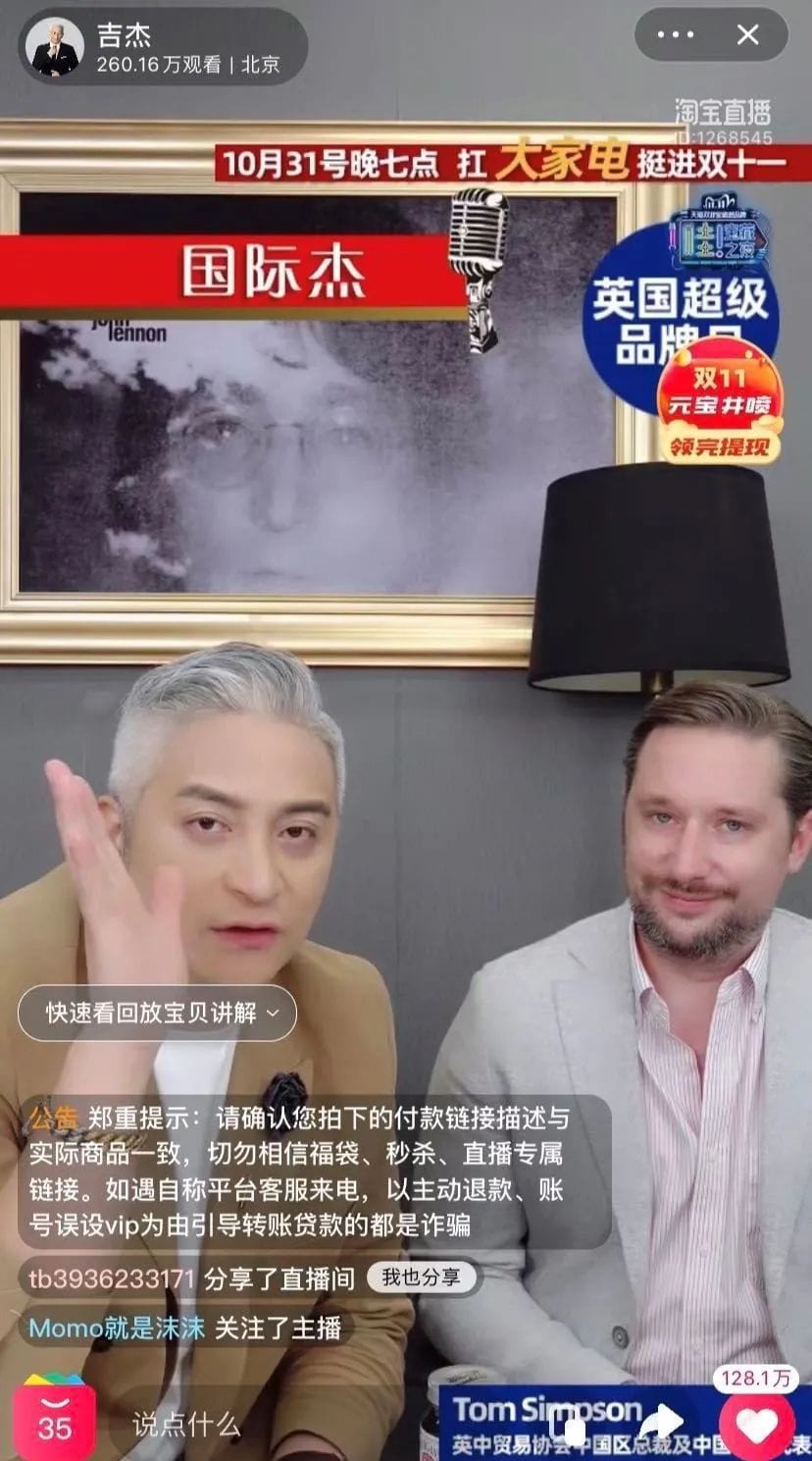 Many brands used China’s latest e-commerce trend of fashion live-streaming to drive consumer awareness of their products as well as online sales. For example, Cartier attracted an audience of almost 800,000 people to the showcase of a £21.5 million necklace.

Learn how to sell to China from your UK Site

This year also saw the second UK Super Brand Day – an even initiated by the CBBC and endorsed by the British Consulate-General in Shanghai and the UK Department for International Trade.

The event on 30th October, saw CBBC join up with Ji Jie – a well-known Golden Collar KOL and entertainer – to promote sales of products from British consumer brands including Downland, Morgan’s and Vitabiotics.

“It’s fascinating – this 11.11 is the largest 11.11 and the youngest 11.11 yet,” says Benji Lamb, Director of China Business Development for Vitabiotics.

“There’s a very strong millennial consumer base who are looking for new healthcare products, premium overseas healthcare products, to fulfil a vast array of needs. We’re excited that we can plug into that younger demographic who will focus on prevention at a younger age,” he adds.

Tom Simpson, China Managing Director of CBBC, joined Ji Jie centre stage from his live-stream studio to co-pilot the second UK Super Brand Day, which was viewed by over 2.6 million people. As well as introducing the British brands to the Chinese audience, Simpson presented a gift from Tateossian to Ji Jie, in a bid to showcase the craftsmanship and innovation of British brands.

Smart brands will begin preparing for next year’s festival as soon as possible.

How to emotionally engage with Chinese...

How to register on China’s e-commerce...

How to register on China’s e-commerce platforms