With billions of dollars of luxury spend trapped in China, retailers that don’t have physical stores in the mainland have been missing out on the world’s most lucrative market, writes Tom Patttinson

Shoppers from China spend over £83 billion on luxury goods a year. Two-thirds of this spending historically took place overseas, mostly in the form of Chinese tourists visiting the shopping meccas of London, New York or Paris. No longer.

And then there are the resellers known as daigou – individuals who bought products in European boutiques on behalf of customers and then sold them in China via online platforms; but they have also been stuck at home or abroad for most of the year, putting an end to that supply chain too.

As the Coronavirus outbreak has abruptly halted travel, China’s middle classes have been grounded with cash to burn and far fewer places to spend it. In other words, billions of dollars’ worth of luxury spend has been stuck inside the country. And while that’s been great news for retailers with a physical store and presence in China, it means those without one have been missing out.

“We have clients who have 40 shops in North America and the same number in Europe but the only one operating from mid February to early July was their shop in Shanghai,” explains Fabio Stella of Hawksford. “This one shop was making up for all the losses elsewhere in the US and EU and was the only one bringing in any revenue,” he adds.

Although shops around the world are starting to open up in some locations, shopping times are limited, numbers are controlled, and of course, travelling shoppers are almost non-existent.

A survey showed that the majority of retailers questioned plan to expand their physical presence in China, rather than rely on overseas spending in future.

This has led to many retailers speeding up investments in China, with plans to launch more physical stores in the country now a matter of urgency for a number of luxury brands who rely on the Chinese market for around a third of their global revenue.

“People in China are still travelling domestically and people will always match their holdings with a spending experience,” says Stella. “So brands who don’t have a presence in China will miss out,” he says.

China’s ongoing desire to keep the majority of spending in-country has also led to policies that look likely to keep shoppers within their borders. For example, as a free trade zone, Hainan is being positioned as the perfect domestic holiday destination for shopping, while allowing travellers to enjoy a break in the sun. On July 1st 2020, in its attempts to rival neighbouring Hong Kong as a tax-free shopping zone, Hainan increased its annual tax-free shopping quota from RMB 30,000 to RMB 100,000. Sales on the first day of the new policy at four malls amounted to nearly RMB 60 million, according to state media.

More than half of Chinese luxury goods purchases will happen domestically by 2025, Bain & Co estimated in May, compared to a third in 2019. This means that after the Coronavirus upheaval ends, things won’t return to normal.

Because of this, a survey of Hawksford clients showed that the majority of retailers questioned said they plan to expand their physical presence in China, rather than rely on overseas spending in future. 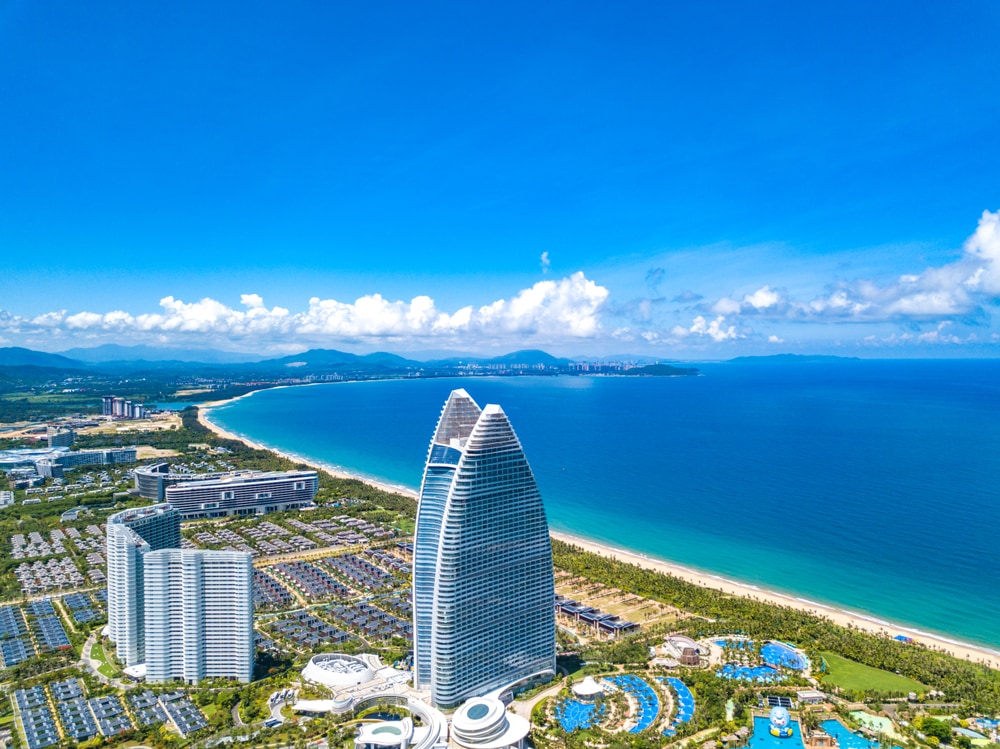 To tap into this domestic spending, many luxury brands including Prada, Miu Miu, Balenciaga, Piaget and Montblanc have opened virtual storefronts on Tmall’s luxury platform this year. Luxury brands have usually been opposed to selling on third-party platforms for fear of diluting their brands and losing control of customer data, but in a bid to tap into the trapped luxury cash pile, they are leaving their inhibitions at the door and jumping into the Chinese e-commerce system with both feet.

Livestreaming – a model rarely used outside of China for retail sales – has also been booming. Luxury brands such as Louis Vuitton, Givenchy and Chloe have all joined the livestreaming market, using influencers to reach new audiences who are staying at home rather than shopping in airports and foreign cities.

“Livestreaming was never considered by foreign retailers,” says Stella. “It was thought of as a side market. But this has changed due to Covid.” He explains that companies are able to reach customers with various quick sales and discount offers via livestreaming influencers. “There is a widespread consensus among local brands that demonstrates the usefulness of livestreaming,” he says. The format also gathers data and allows better market research to find out which areas might have the best locations to open new stores.

“If I get a lot of users or deliveries from a particular city then I will investigate opening there,” Stella says.

Many of the brands that already have a foothold in China’s major cities are now looking at expanding into lower third and fourth tier cities because of this kind of data, says Stella. E-commerce is never a substitute for offline retail, he says, but it is a useful tool to tell you where a new opening is going to make sense.

For brands entering the Chinese market, cross-border e-commerce is a great way to try things out. But it should really only be used as a research project, says Stella, because only the savviest shoppers use Jindong or T-Mall global, meaning brands would still just reach a small fraction of the potential market. However, he says it still has the potential to give you great insights about your potential audience, which platforms work better for your brand, and which physical locations might be suitable to launch in.

Brands used to use the revenues generated by Chinese travel retail shoppers to finance their first entry into China, but now brands will have to do that with e-commerce.

“A lot of brands have launched on Tiktok, Pinduoduo or Little Red Book – and expanded the number of platforms they are on to leverage their risk and hedge against low sales,” says Stella.

The outbreak has forced some of the struggling brands to close their operations in China. But for many, it has provided an opportunity to speed up their expansion plans and open more physical brick and mortar stores to try to capture some of those billions of dollars of luxury spend that are currently trapped within China’s borders.