Why has the price of pork shot up in China?

The price of pork in China has fluctuated heavily in recent months. After a brief dip, they’re now higher than ever – but why?

China’s pork supply has struggled to keep up with demand this year,  due to the knock-on effects of the 2018 outbreak of African Swine Flu (ASF) in China that saw as much as 25% of the country’s entire pig stock culled. Moreover, major flooding that occurred in large parts of China earlier this year also delayed slaughtering in much of the country. As half of the world’s pigs live in China, that puts a huge dent in the supply of market-ready pigs and led to increases demand for imported pigs.

“Demand for pork has risen quickly as more restaurants have resumed their business after lockdowns were lifted early in the year and as a result of government incentives in some cities to boost consumption,” says Antoaneta Becker, CBBC food and drink sector lead. 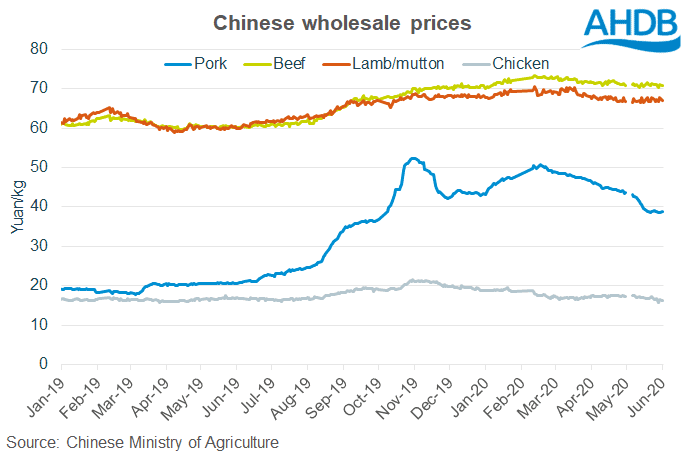 “There are also underlying concerns about food security, in China,” says Becker. “In recent months the Chinese leadership message about the importance of self-reliance in a time of tensions with the United States and other economic partners is trickling down to consumers. The concern is that import disruptions caused by the volatile geopolitical situation and Covid-19, as well as some of  China’s worst floods this year, could cut into food supplies.”

Although restocking has already begun in China, it will take several years before the country is fully restocked, says Susan Steward, Senior Export Manager at the Agriculture & Horticulture Development Board.

Meanwhile, the US has been a major benefactor, with exports to China rising an incredible 544% on last year. According to Daniel Pedraza Nogueira, China Director for EIBENS – a consulting firm specialising in agri-food in China, this is in part because the Covid-19 lockdown has meant US slaughterhouses couldn’t process the carcasses they were holding and thus sold them to China rather than seeing them going to waste. Reduced demand in the US as restaurants have been shut has also caused the US to have more a greater supply than demand for the product. 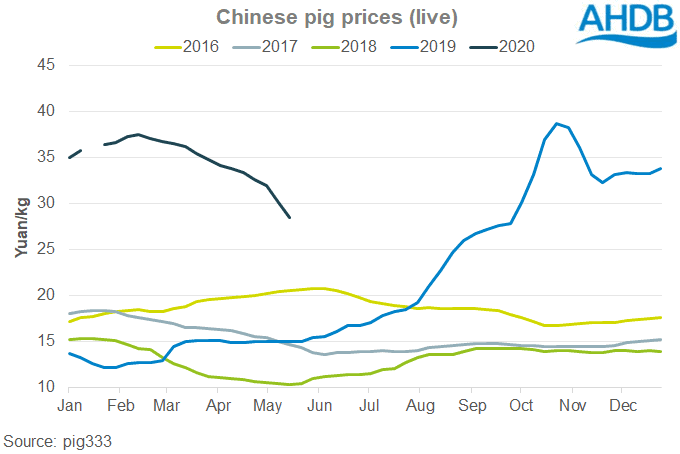 With pork prices at a high, other countries such as Spain and Denmark (which usually only sell offal and other less choice cuts to China) have been selling whole pigs to take advantage of the high prices commanded in the country at present. This has led to an increase of 204% and 212% in exports respectively.

Until earlier in the month, Germany – another major pork exporter – witnessed its exports to China grow by 159% until China banned German pork imports due to an ASF outbreak in Germany. 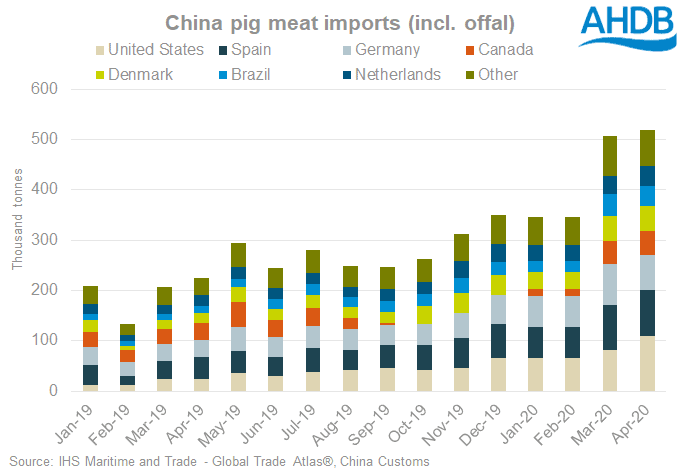 Pedraza Nogueira has suggested the outbreaks of ASF in Germany and Poland are due to the fact that the hunting of wild boar has ground to a halt in parts of Europe due to Covid-19 restrictions, allowing the Flu to spread faster than it normally would at a time when sick animals would be first to be culled. The ban on German pork, which made up 14% of China’s pork imports, is expected to cause further spikes to global pork prices.

Britain has also been a benefactor in this increased demand for pork. According to Steward, July saw imports of fresh and frozen pork to China increase to 13,000 tonnes – a rise of 116% compared to last year and the highest ever recorded amount imported in a single month.

China’s imported food market in a...