Lenovo, founded in China's Silicon Valley Zhongguancun, is about to overtake HP as the largest PC maker in the world – so is the area truly now a world leader? 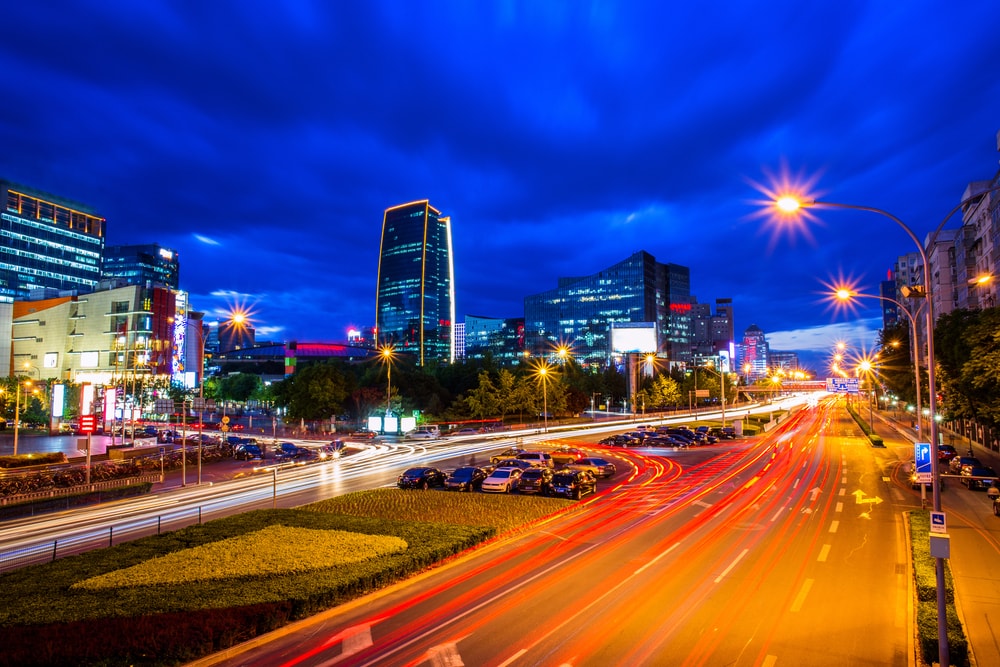 Zhongguancun is the birthplace of some of China’s (and the world’s) biggest tech companies, including Lenovo, Bytedance – the company behind Tiktok – and Didi. But what role does ‘China’s Silicon Valley’ have to play in the future of the country’s tech sector?

Anyone involved in tech in China has probably visited Zhongguancun,  the major technology hub in Beijing’s Haidian District that’s been dubbed ‘China’s Silicon Valley’. The area’s scientific origins date back to the 1960s, during China’s nascent atomic programme. In later years, thanks to its close proximity to many of the capital’s premier universities, Zhongguancun became home to famous names including Lenovo, Baidu, ByteDance, and more.

Ning Ken is a Beijing-based writer and journalist who has long been fascinated by Zhongguancun. His recent book, Zhong Guan Village: Tales from the Heart of China’s Silicon Valley (ACA Publishing, 2022 and translated by James Trapp) looks at the origins of the area from the viewpoint of a fascinated novelist, the story of some of the big names that have established themselves there, and some musings on what the ‘village’ means to the future of China’s technology sector. Paul French caught up with Ning Ken to talk tech, Zhongguan village and how one goes about telling its stories.

Can you just tell us where Zhongguancun is and how it came to be known as ‘China’s Silicon Valley’?

In 1949, Zhongguancun was a small village in the northwest of Beijing, near the Old Summer Palace, Peking University, Tsinghua University, and several other famous universities. At that time, there were only a few dozen farming families living there. In the 1950s, the government decided to establish a ‘science city’ in Zhongguancun. It would be a university town, under the encouragement of the government. The campuses were mostly packed into the northwest of Beijing, with eight colleges along a narrow road called Xueyuan Road. In addition, the first batch of scientific research institutes and the Chinese Academy of Sciences were established. Consequently, Zhongguancun has become one of the most talent and knowledge-intensive areas in the world, laying the foundation for its claim to be the “Silicon Valley of China”. 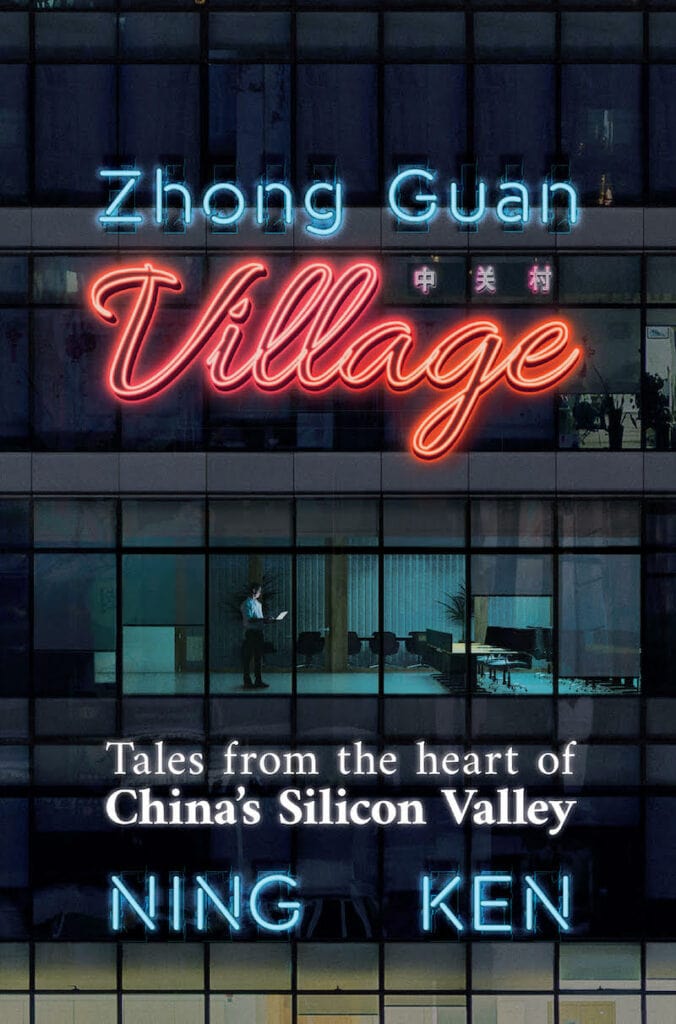 You decided to visit and explore this ‘capital of innovation’ on the edge of your hometown of Beijing. What excited you about the place and what did you find when you first went there?

The idea of Zhongguancun becoming China’s Silicon Valley emerged after the reform and opening up era began. First, Zhongguancun seized the opportunity in the early 1980s offered by Deng Xiaoping’s reforms. They built an “Electronics Street” that I was excited to see at the time. Then they created the high-tech industrialisation zone that became the progenitor of many other high-tech zones in China. Since then, Zhongguancun has continually seized the opportunity of the emergent knowledge economy and become an important base for national scientific and technological economic innovation. Secondly, Zhongguancun offered tech firms preferential treatment, not least allowing them to locate in the political centre of China – Beijing – and collaborate with the dozens of colleges and universities and hundreds of scientific research institutions nearby.

Zhongguancun seems to be so much more closely linked to the government, the People’s Liberation Army (PLA), and the big universities than America’s Silicon Valley. Is that true, or is it just more obvious in China?

The connection with the government and the nearby universities is pretty obvious. In 1988, Deng Xiaoping proposed that “science and technology are the first productive force”. That same year, China’s State Council approved the establishment of the first high-tech industrial development pilot zone in China – the Beijing New Technology Industrial Development Pilot Zone – based largely on Zhongguancun’s “Electronics Street”.

Zhongguancun also has the big advantage of the Zhongguancun Business Division, which established the so-called Talent Green Channel to promote internal and external exchanges of high-level talents – a key policy towards becoming the “Silicon Valley of China” and bringing in smart and clever people from all over China to Beijing.

After spending so much time in Zhongguancun, what is your opinion of how far advanced Chinese innovation is compared to Europe and America?

Recently, I was on a plane reading Deborah Perry Piscione’s book about Silicon Valley, Secrets of Silicon Valley: What Everyone Else Can Learn from the Innovation Capital of the World. Piscione says: “Reports on the ability of the rising giant of the East to become the new global hub of innovation are conflicted.” And it is true that there are some problems with Zhongguancun. Compared to San Francisco, the immigrant talent pool is thin, and many potential foreign workers consider the quality of life in Beijing to be questionable.

But Lenovo – which has its headquarters in Zhongguancun – is now poised to overtake one of the original Silicon Valley icons, Hewlett-Packard, as the largest PC maker in the world. This would be the first time in the past several centuries that a Chinese company has been number one in a global technology sector. At the same time, the real Silicon Valley has moved onto other areas of dominance in search engines, social media, and big data. Apple’s fastest-growing market for its innovative products is China. It would seem that Chinese companies have “overtaken the past of Silicon Valley, but not yet its future”.

How much do you think Silicon Valley USA inspired Zhongguancun?

I know that Silicon Valley has inspired Zhongguancun. I think the biggest difference between the two is their beginning stages, their origins. At least in the beginning stage, the first thing for Zhongguancun was not science and technology, innovation or the technology market. Rather, it was intellectual liberation during Deng Xiaoping’s early reforms. It was the early individuals in Zhongguancun who broke free from the ropes of the system and led the whole of China to break the shackles of various traditional ways of doing things. I think this is something that Silicon Valley did not have to think about and so cannot be compared with Zhongguancun. This is probably true of innovation in the UK too.

What is the future for Zhongguancun and what areas of development are prioritised – AI, biotech, fintech? What can we expect from Zhongguancun over the next decade?

In my book Zhong Guan Village, I emphasise the spirit of “entrepreneurship, innovation, perseverance and determination to forge ahead” that exists in Zhongguancun, and also emphasised the human benevolence, generosity, magnanimity, rationality and gentleness I found there. These two parts together are what makes and has made Zhongguancun so successful, and I think they are also the universal values of mankind. China is now very complicated and has become more complex than ever before, and nowhere is this clearer than in Zhongguancun.

The outlook for UK-China education partnerships in 2023