Acclaimed author Paul French rounds up this year's best fiction in translation from China, and reveals 2 coming up in 2023 you should get ready for 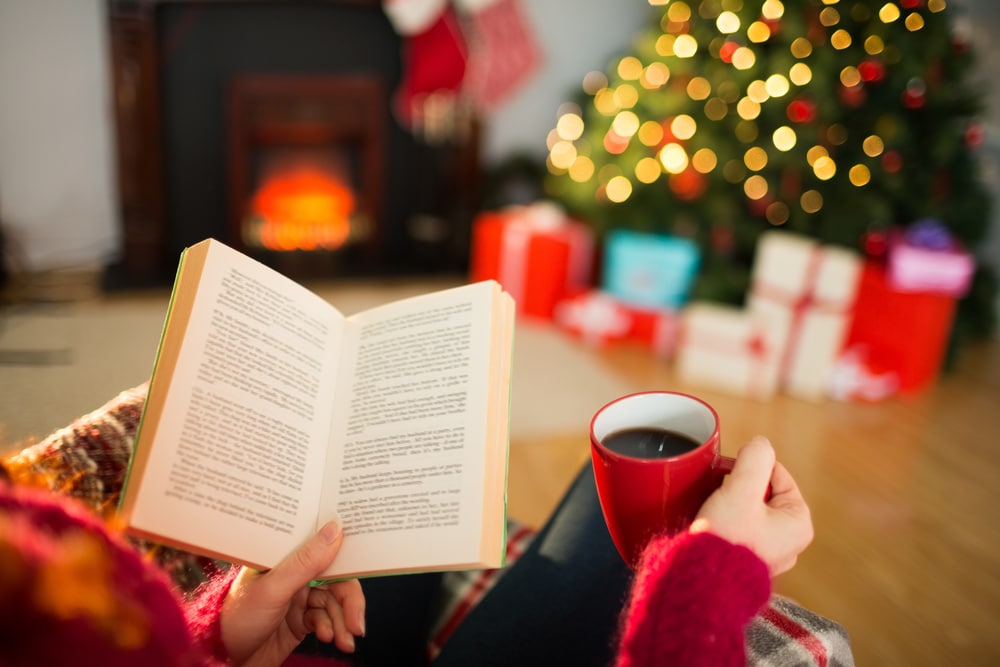 As a challenging year in China draws to a close, Paul french rounds up some of the year’s best Chinese fiction in translation to get stuck into over the holidays

Among all the new non-fiction, history and business books, it’s easy to forget that contemporary fiction can provide a window into a country, its consumers and its culture. It’s fair to say the last few years have been a slightly fallow period for new Chinese fiction in translation, but 2022 has seen a bumper crop, and 2023 looks like it might be just as fecund. So here’s a roundup of what you might consider reading over the holidays and what lessons you might take from each. 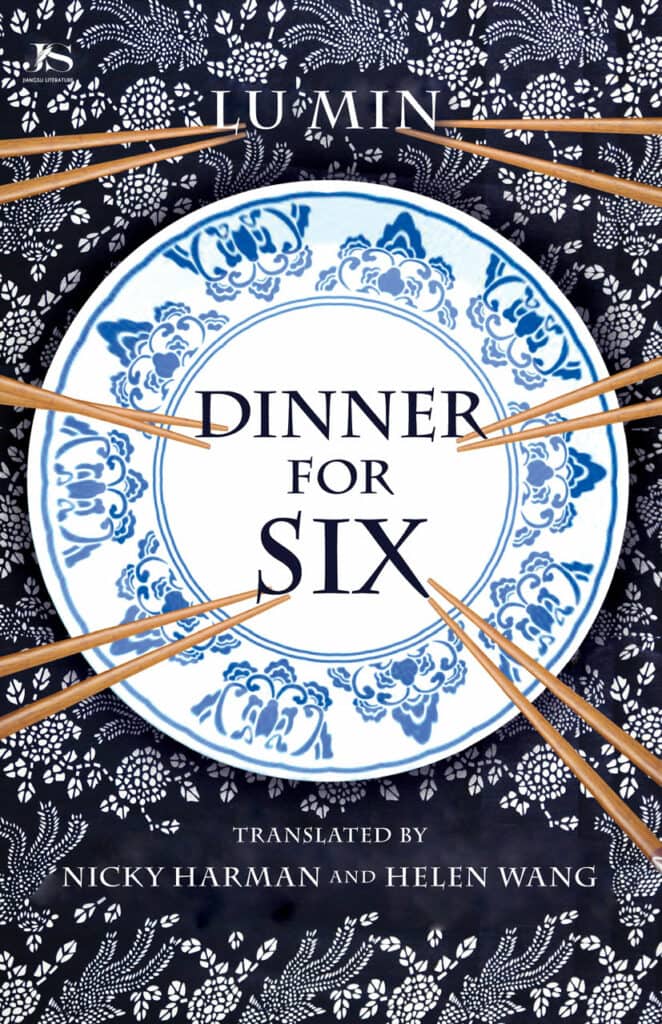 “Fluid families” are a thing in China too. In Dinner for Six, two single parents and their four children get together for dinner in a grim industrial town. Su Qin is a successful accountant who’s trying to reconcile getting together with Ding Bogang, a laid-off factory worker. Her studious daughter looks like she might be starting a relationship with Ding’s son, while her other is in search of the “perfect” family unit, and Ding Bogang’s daughter is desperate to get pregnant. Not your stereotypical Chinese family by any means, and reflecting the growing diversity of family forms in contemporary China. 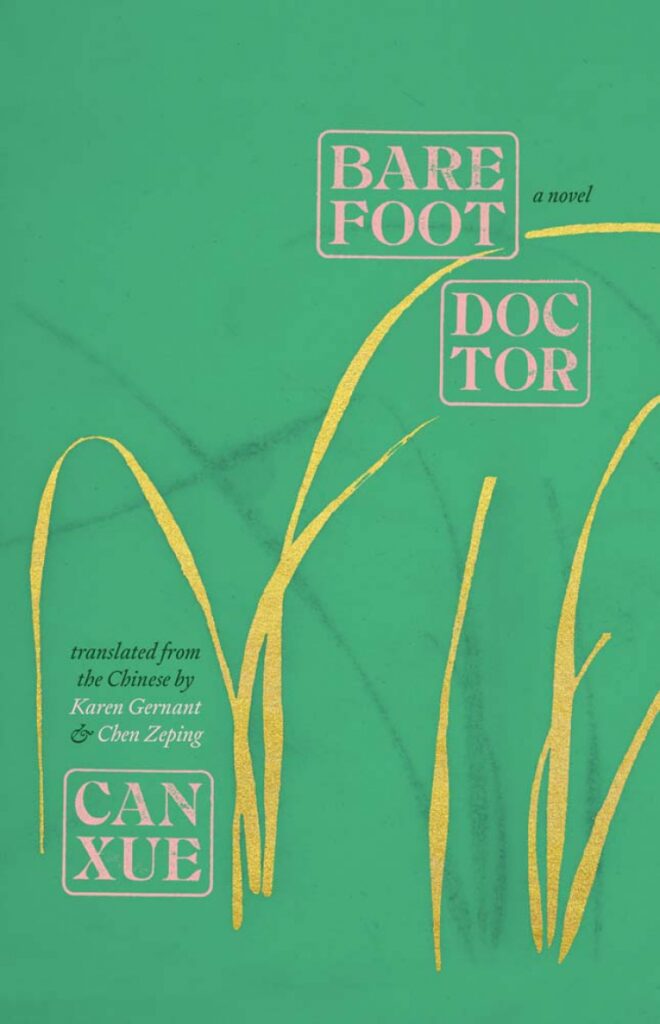 Seeking the natural and the organic: Barefoot Doctor (Can Xue, trans: Karen Gernant and Chen Zeping)

A fond portrait of a group of healers and herbalists in Yun Village, where people “don’t count the passing years”. Mrs Yi seeks natural remedies and inspires a younger generation keen to find traditional healing methods. The young group have abandonment issues, struggle with love affairs and relationships and seek success in non-traditional occupations. There’s a bit of magic realism too. China has long tried to balance development, growth and modernity on the one hand with the traditional, organic and natural on the other – not always with much success. Barefoot Doctor grapples with this balance in today’s rural China. 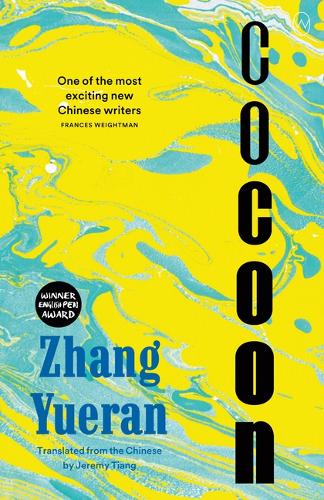 Zhang is one of China’s most celebrated young female authors right now and here she continues to deal with the central issues of contemporary urban China. In this case, two young people from dysfunctional families, Cheng Gong and Li Jiaqi. Both have developed stronger relationships with their grandparents and so hark back to their youth in the Cultural Revolution and the still hidden, never talked about, mysteries of that chaotic time. Cocoon is about pure friendship for the sake of it, the new forms hope and fulfilment can take in China (beyond money, career success and luxury), and how a new generation comes to terms with its family’s and country’s past. 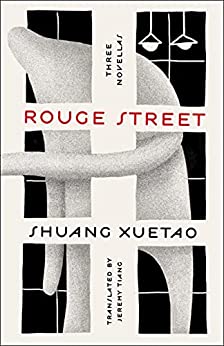 Remembering those that are left behind: Rouge Street (Shuang Xuetao, trans: Jeremy Tiang)

Three great novellas mixing realism, mysticism and noir in one volume, all set in the cold of northeast China around Shenyang, and by one of China’s most innovative writers at the moment. The stories are about tough neighbourhoods facing tough times where the “market economy” is little more than a harbinger of things going from bad to worse. Once the praised industrial hub of Maoism, Shuang Xuetao portrays a city blighted by unemployment, poverty, alcoholism, domestic violence, divorce and suicide. But there are signs of hope – in the human spirit if not in the economic machine. An inventor dreams of escaping his drab surroundings in a flying machine. A criminal, trapped beneath a frozen lake, fights a giant fish. A strange girl pledges to ignite a field of sorghum stalks. 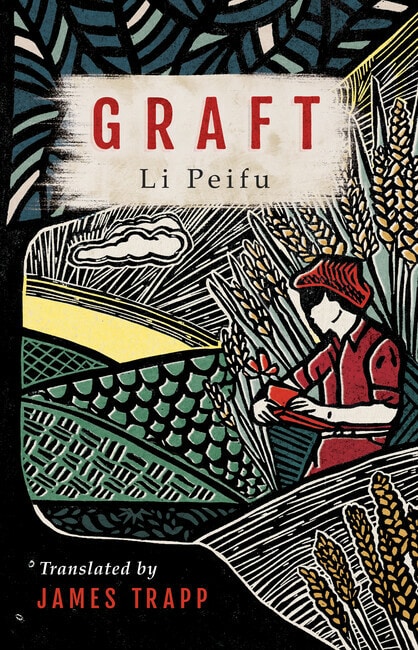 The reform era of the 1980s is the subject of any number of new non-fiction historical studies at the moment. But what were the 1980s like at ground level, as experienced by ordinary people? When it comes to this period, perhaps fiction is a better window that non-fiction. In central China, as reform becomes the mantra, Li Delin, a scientist of humble background, and his fellow villager, a flower seller called Liu Jinding, share an ambition to rise from their unassuming rural origins. They gain political and economic power but are unprepared for how the times and their new positions will corrupt their friends and families. Li sinks into corruption and despondency and is faced with a moral fight to recover his old self. 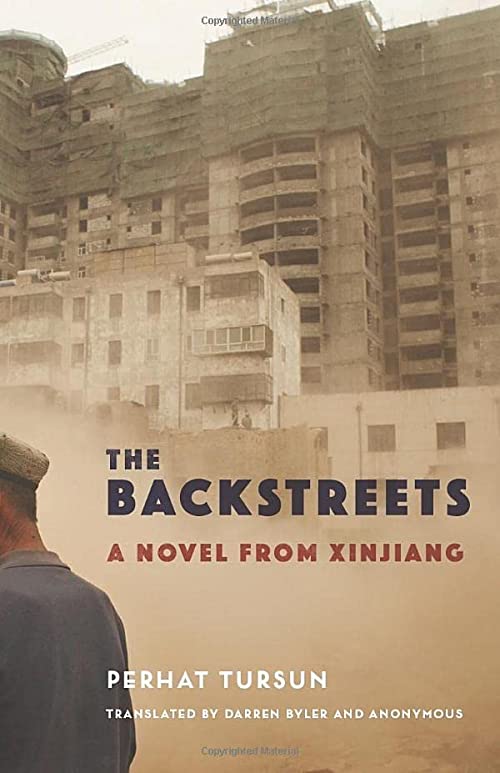 A rare translation from the preeminent contemporary Uyghur author Perhat Turson that displays influences from Chinese authors such as Mo Yan and western authors from Kafka to Dostoyevsky while intertwining elements from Uyghur literary traditions and Sufi poetics. A Uyghur man arrives in Urumqi after finding a temporary job in a government office. Seeking to escape the pain and poverty of the countryside, he finds the big city cold and unfriendly. He wanders the streets, accompanied by the bitter fog of winter pollution, reciting a monologue of numbers and odours, lust and loathing, memories, and madness. 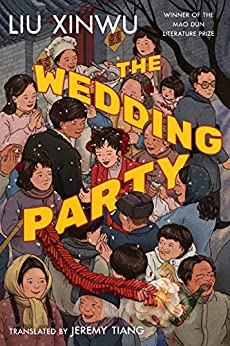 Perhaps the lockdowns and restrictions of Zero Covid in China were a time for reflection and nostalgia. Not least most recently a general nostalgia felt by many (even those too young to really remember) for the Jiang Zemin era. Wu Linxu’s The Wedding Party has waited a while to be translated – it was first published in 1984 and a winner of the prestigious Mao Dun literary prize. You embark on the 400 pages of The Wedding Party much like you arrive at a celebration of extended family, friends and neighbours – with hope, joy and good humour. It’s a celebration of raucous families, aspirational young Beijingers in the 1980s, migrant workers, new business entrepreneurs and a still vibrant and extensive community of hutong dwellers in central Beijing. Much of it would change – the hutongs disappear, families broken up and living in far away high-rises, the city rebuilt, the simple pleasures of a colour wedding photo and a hired Hongqi sedan for the day now seen as fond nostalgia. A great Christmas read – like a glorious almost contemporary Dickens for the holidays. 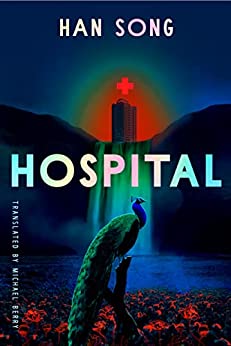 This book tells the tale of a man with a mysterious illness and his journey through a dystopian Ballardian (well, JG Ballard did come from Shanghai!) hospital system. Sound familiar? When Yang Wei travels to C City for work, he expects nothing more than a standard business trip. A break from his day-to-day routine, a good salary, a nice hotel. But a complimentary bottle of mineral water from the hotel minibar results in sudden and debilitating stomach pain, followed by unconsciousness. When he wakes three days later, things don’t improve; they get worse. With no explanation, the hotel forcibly sends him to a hospital for examination. There, he receives no diagnosis, no discharge date … just a diligent guide to the labyrinthine medical system he’s now circulating through. Armed with nothing but his own confusion, Yang Wei travels deeper into the inner workings of the hospital and the secrets it’s hiding from the patients. As he seeks escape and answers, one man’s illness takes him on a quest through a corrupt system and his own troubled mind. 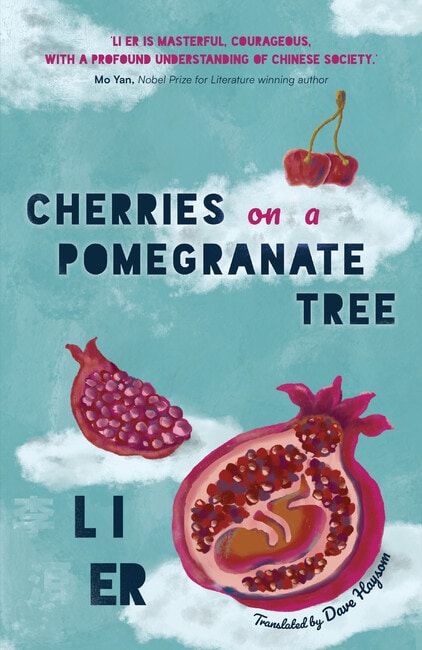 A twisted tale of the one-child policy and bureaucracy: Cherries on a Pomegranate Tree (Li Er, trans: Dave Haysom)

Kong Fanhua is the only female village chief in Xiushui County and her day-to-day tasks range from the mundane to the near-impossible: tracking down a runaway who left her twins behind, keeping rumours of a vengeful ghost at bay while trying to convince some rich American to invest in the local paper plant. And now a mother has run away after becoming illegally pregnant. Kong’s problems just keep mounting – nobody’s planting the crops, the local male cadres are somewhere south of hopeless, the government’s investigating her county’s birth quotas and she’s up for re-election. And on top of it all, her husband has developed a fascination with camels. Bizarre, surreal, funny and poignant on the slew of ever-changing demands made on local officials in backwater China. 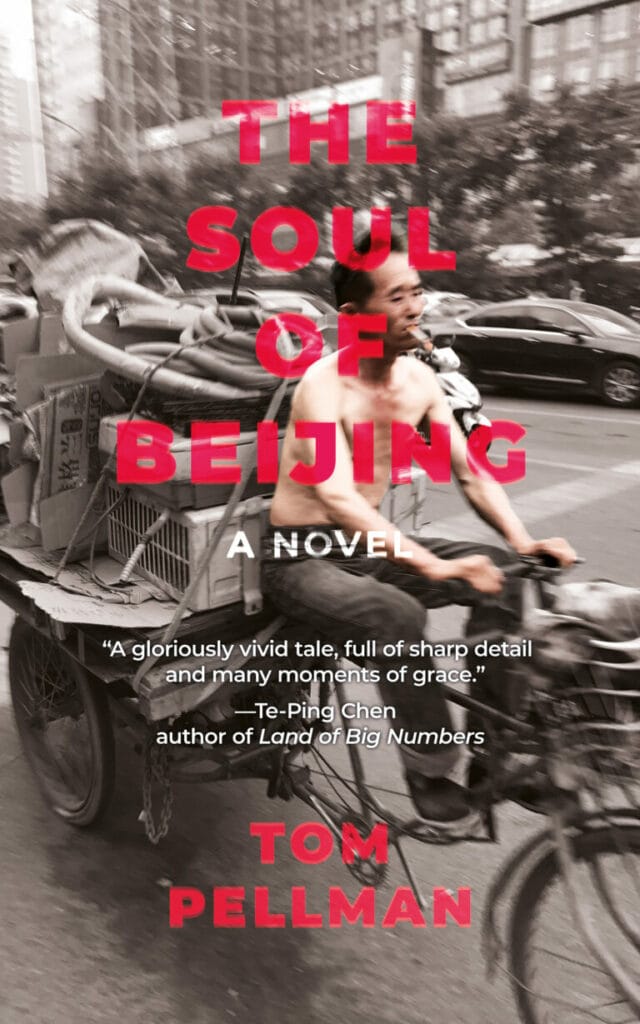 Finally – a novel by a former foreign resident of Beijing that captures the zeitgeist: The Soul of Beijing (Tom Pellman)

An ambitious, kaleidoscopic, 500-page epic of near contemporary Beijing by former city resident, American author Tom Pellman. The book features young entrepreneurs, corrupt bureaucrats and disaffected expats, with some ripped-from-the-headlines plot lines. New Year fireworks illuminate the Beijing night, but all 20-year-old Panzi can think about is the mysterious former classmate who has just burst back into his life. Impulsive, spontaneous, and full of compassion, Xiao Song is like no one he has ever known – the first person who has made Panzi feel whole since his father’s suicide. Across town and a thousand social strata away, the son of Beijing’s vice mayor and his gilded friends tear through the night in a cherry-red Ferrari, swerving off the road and into Xiao Song’s life. Panzi rushes to the scene just as a barely conscious Xiao Song is whisked away and evidence of the crash scrubbed from existence. The Soul of Beijing is zeitgeisty, edgy and sprawling, and captures Beijing pre-Covid better than any other novel by a foreign author in recent years.

How to Prevent and Deal with Corruption in Your China Business

The top 5 China business stories of 2022