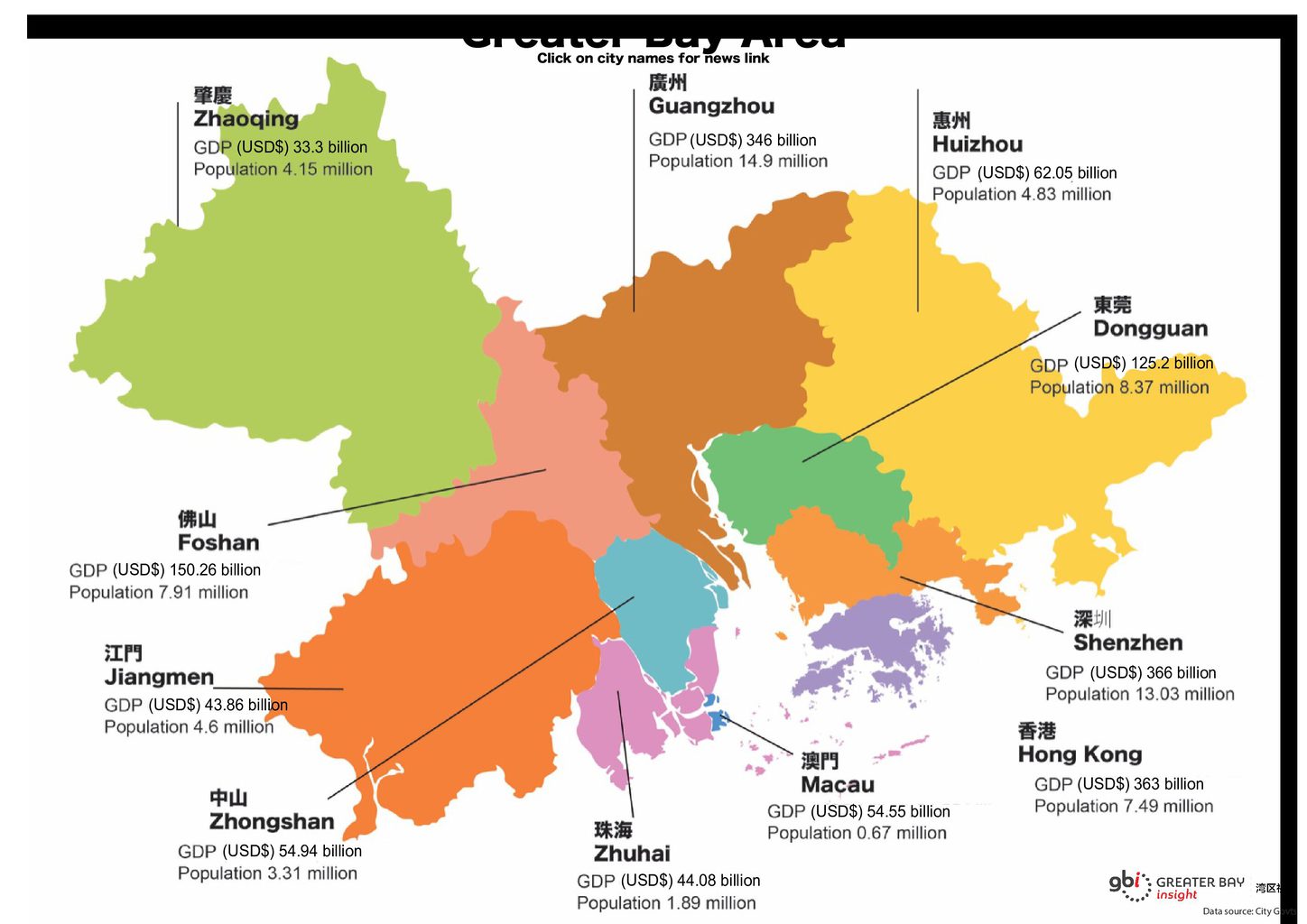 The Greater Bay Area cluster will see the creation of a vast administrative region in south China that will overhaul infrastructure, strengthen economic growth and become a leader in R&D, writes Torsten Weller

Last year, China celebrated the 40th anniversary of the economic reform that accompanied its opening-up policies. Deng Xiaoping’s decision to swap Soviet-style planning for market forces and free enterprise has created one of the biggest economic success stories in modern history. It has transformed China from an impoverished developing country into the second-largest economy on earth.

It has also reshaped China’s economic geography. Previously poor and neglected areas have seen the rise of urban megalopolises and manufacturing hubs. Former fishing villages like Dongguan and Shenzhen have morphed into industrial powerhouses and become global leaders of innovation and technology.

The Greater Bay Area Outline Development Plan (ODP) that was published last February is set to continue this transformation and proposes a far-reaching overhaul of the Pearl River Delta’s infrastructure and administrative set-up to expand existing strengths and pave the way for further economic expansion.

Five key advantages of the GBA

The Greater Bay Area (GBA), which covers the nine Chinese mainland prefectures of the Pearl River Delta plus the two Special Administrative Zones (SAR) of Hong Kong and Macau, has been the traditional trading hub that connects China to the rest of the world.

For centuries, the trading posts at Lumen and Guangzhou (Canton) have welcomed traders from Europe, the Middle East, Africa, India and South East Asia. Even through the relatively isolationist Mao era, the Canton Fair continued to host foreign merchants twice a year. In 1953, the famous Icebreaker Mission, led by the British economist Joan Robinson, travelled to Guangzhou to sign a business arrangement which ended the boycott imposed by the UN in response to the Korean War.

Besides its historical significance, the region combines five geographical and structural advantages: Breaking down barriers to growth

Unlike greenfield projects like the Xiong’an New Area in the north of China, the main focus of the ODP is the removal of administrative barriers between the nine mainland prefectures and the Special Administrative Zones of Hong Kong and Macau. Capital investment from Hong Kong in particular has been crucial in stimulating growth in the early years of China’s reform period. Yet the SAR’s special status and the differences in legal systems and professional standards have so far prevented many businesses from expanding into mainland China.

The GBA will change that by creating a unified regulatory environment that would lift regulator standards on the mainland to global standards and allow Hong Kong-based financial and professional service providers to expand into the Chinese market.

The initiative to improve access and increase service trade between the three jurisdictions relies on four interconnected measures:

Freedom of movement between the two SARs and the mainland will be expanded.  This will extend a number of the civil rights of mainland citizens to Hong Kong residents. These include the right to purchase property without preconditions and to open bank accounts without a resident’s permit.

The Guangzhou government is also accelerating plans to recognise Hong Kong professional certificates that would allow accountants, financial analysts, and lawyers to carry out their work within the Greater Bay Area.

Rules for financial service providers will be harmonised across the region. Fundraising and listing for businesses is set to be made easier and more foreign institutions will be allowed to open subsidiaries on the mainland. The financial centre in Guangzhou’s Nansha district will launch a new exchange and combine advanced FinTech and digital currency trading with traditional wealth management. The ultimate goal is to remove almost all capital controls within the GBA to ensure efficient capital allocation across the delta.

A joint space for research and innovation. Since 2018, institutions in Hong Kong have been eligible for government research grants issued by the Chinese central government. Businesses from Hong Kong will also be encouraged to invest more in R&D in both Hong Kong and the mainland. Currently, less than half of R&D expenditure in the SAR is borne by private business, whereas their Chinese counterparts in the rest of the GBA are responsible for well over 90 percent of local R&D spending.

The plan for the Greater Bay Area will cement the region’s advantages and transform the delta into the economic heart of South East Asia. If successful, the plan could also make the region once more a model for reform in China, serving as a blueprint for market reforms in other parts of the country.

Removing regulatory barriers to service providers and raising standards to global levels whilst also pioneering cutting-edge technology and innovation has the potential to turn the GBA into a global leader in the fourth industrial revolution.

For more information on the GBA or to receive a copy of CBBC’s GBA report contact Torsten Weller on torsten.weller@cbbc.org