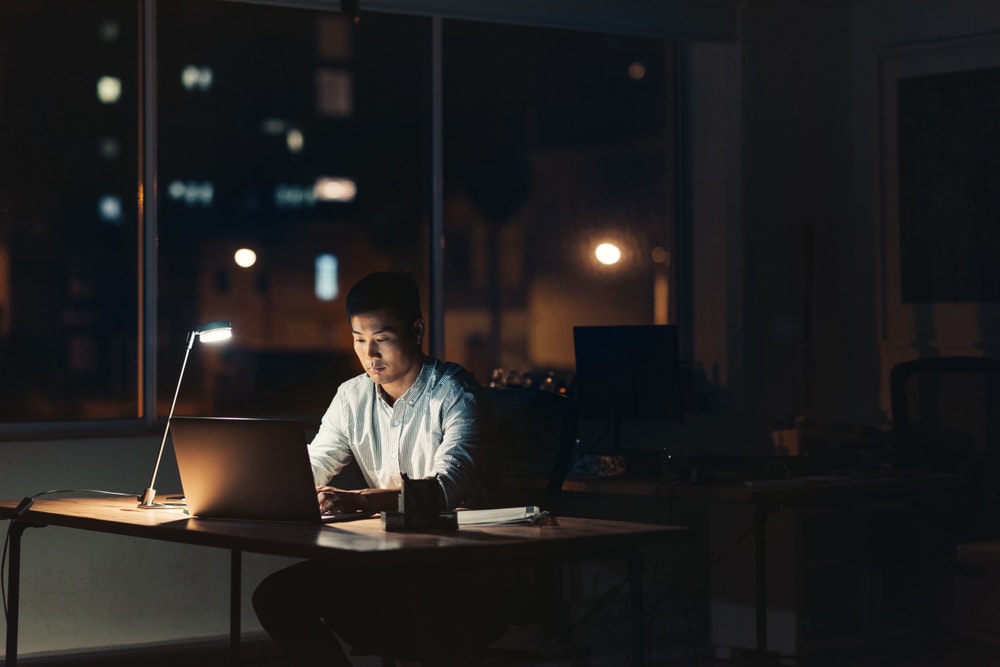 The term ‘996’ describes the notoriously gruelling work schedule in which many young workers in some of China’s biggest companies work 9am to 9pm, six days a week.  It has even been embraced by CEOs such as Jack Ma (founder of Alibaba) who said, “working 996 is a huge bliss.” But can it really continue given China’s commitment to common prosperity and higher birth rates? Writes Juliette Pitt

Even though companies do not officially enforce a 996 schedule, many employees are required to work longer hours and are not always compensated. Under official Chinese law, employees can work a maximum 44-hour workweek and any work beyond that requires extra pay for overtime. But this has not been well enforced.

Employees are often encouraged or required to put in unpaid hours to show their commitment to their jobs and loyalty to the company. In turn, the companies further entice employees to work this schedule by offering facilities such as nap rooms.

While young people could simply switch jobs, the job market is tough. Together with the impact of Covid-19, companies have had to lay off employees and freeze new hires, leaving the remaining workers to shoulder a larger share of the workload. Moreover, many employees are attracted to these brutal job conditions due to higher salaries and increased economic opportunities. As Guilherme Campos, International Business Advisory Manager at Dezan Shira & Associates, comments, “As long as Chinese society and culture puts some emphasis on material goals that are incompatible with normal middle-class salaries and as long as the cost of living continues to rise, people will always force themselves to go the extra mile and overwork.”

Yet, the public anger shown by some netizens over the impact of these harsh schedules has increased. Earlier this year two employees at the e-commerce platform Pinduoduo died from mental and physical exhaustion and since then, along with similar cases, the government authorities have taken a firm stand.

No longer turning a blind eye to the increasing public anger against 996, on 26 August 2021, the Chinese government ruled these working hours to be illegal. The Supreme People’s Court wrote, “workers deserve rights for rest and vacation…and adhering to the national working hour system is the legal obligation.”

“The Chinese supreme court’s decision against the 996 work policy (as well as the government’s moves to protect gig workers) overwhelmingly targets technology companies, and are in response to public discontent and immense societal pressure. More policy actions can be expected as the government appears determined to regulate its sprawling private tech sector while pushing forward with the “common prosperity” movement,” Adam Livermore, Partner at Dezan Shira & Associates, explains. Moreover, with grievances rising among workers, the government also has to ensure that it can maintain domestic stability.

The move towards better labour protection also comes at a time when attitudes towards work are changing. In recent months, the term “lying flat” has become a new social media buzzword to describe Gen Z and Millennials in China. Preferring a more relaxed and flexible lifestyle, many young people do not want to overwork. Therefore, to increase China’s young people’s work ethic, the government is trying to create an attractive employment system that is more humane for young workers. Furthermore, China is experiencing alarmingly slow population growth. Facing a shrinking labour force in the years ahead, the government needs to find ways to continue the momentum of the economy by making work more appealing.

The potential implications of this ruling for businesses in China

The recent crackdown on China’s working culture has had both positive and negative implications for businesses. Firstly, it firmly places the government on the side of the workers. Strengthening the supervision of the labour market will force more tech giants to roll back tough working conditions. By bringing this issue to the wider public’s attention, worker overtime issues could lead to a rise in labour disputes that could negatively impact several worker-employer relationships.

Responding to the announcement, some companies have already implemented changes, including Douyin, Tencent and Kuaishou. Whilst this is positive for workers, some are not in favour. Motivated to hit key performance indicators and eager for overtime pay, some have become accustomed to the 996 working culture. According to a report from Caixin, employees at Bytedance (owner of TikTok and Douyin) saw their paycheques shrink 10 to 20% from previous months as overtime pay dwindled. As Mark Tanner from China Skinny tells Focus, “I know some of the tech firms who have already tried to reduce hours and subsequent overtime pay, [and it has] not been well received by many workers. Many will miss the extra income, but others have committed to purchases and loans based on the expected overtime.”

Some of the tech firms who have already tried to reduce hours and subsequent overtime pay, [and it has] not been well received by many workers.

The 996 work culture has become entrenched over several years, and a government ruling alone might not change people’s habits as the economic incentives remain the same. “I believe that the change will be truly minor,” says Campos. “Companies like Alibaba and its affiliates will most likely have to change, [especially] since Jack Ma has fallen out of favour with the government. However, other companies like Huawei that are almost a symbol of China’s economic prowess, may end up getting a free pass.”

China’s changing labour system will directly affect company recruitment processes, employment policies and organisational structures. If the law is strictly enforced, some enterprises might face the risk of bankruptcy as their efficiency could significantly decrease, especially if other companies find creative legal loopholes to continue overtime schedules.

The future of China’s working culture and the labour market

The push to regulate working hours will have ramifications in China’s labour market. For one, the tech sector might experience a rise in employment. There is a significant gap between the number of hours required under the 996 regime (72) and that allowed for under Chinese law (44). It follows that if the law is strictly enforced, we could see an increase in employment by as much as 30%, as companies have to hire more staff to make up for the ‘lost’ hours of overextended workers.

The move towards better labour protection must be seen as a positive move towards improving the livelihoods of workers trapped in the passive cycle of 996. As Tanner notes, it will also help to “level the playing field” for those who felt they were being held back by their desire for a greater work-life balance. However, the impact of such a ruling might take some time to manifest itself. Working 996 is often an unwritten rule in many companies, driven by peer pressure, and so there are still major obstacles to overhauling the working culture in China.

What does ‘Common Prosperity’ actually mean?

Exporting to China: How to find...

How to navigate business relationships in...

How important is good translation for...

Exporting to China: How to find and...

How to navigate business relationships in China

How important is good translation for your...