Does Hong Kong have a future as an aviation hub?

From Swire navigating Mainland Chinese investment in Cathay Pacific in the late 90s, to the current Covid 19 pandemic, Hong Kong's aviation industry is nothing if not nimble 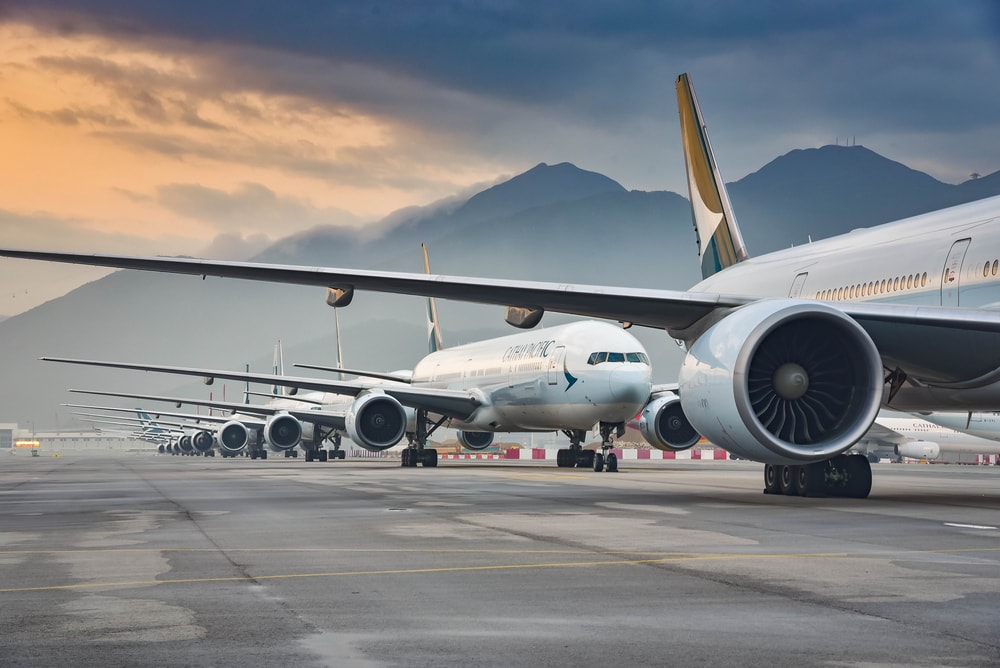 Can Hong Kong bounce back from the effects of the Covid-19 pandemic and recover its status as one of the world’s leading aviation hubs? Or will the increasing focus on the Greater Bay Area mean cities like Zhuhai and Guangdong start to take over? Paul French speaks to academic John D. Wong to find out

Times have been tough for Chep Lap Kok – Hong Kong International Airport. Passenger numbers have slumped dramatically during Covid-19, the airport has been a virtual ghost town for over two years and the city’s role as a business centre, tourist destination and a major hub for the Asian region are all in question.

John D Wong’s ‘Hong Kong Takes Flight: Commercial Aviation and the Making of a Global Hub, 1930s-1998’ (Harvard University Asia Center) is ostensibly a work of history, taking in the early days of flight in the former colony, the incredible sensation of landing at the old Kai Tak Airport, the rise of Cathay Pacific and Dragon Airlines, and HKIA’s role in building Hong Kong as an East-West hub and gateway into China. But Wong, an Associate Professor at the University of Hong Kong, has thoughts about HKIA’s more recent history and potential future. Paul French checked in for an aisle seat and a chat with the academic and author.

One of the most immediately interesting arguments in your book is the notion of the long-term development of Hong Kong as an air traffic “hub”. I think many of us think of this strategy as much more recent, but you suggest Hong Kong really worked hard to avoid ending up a peripheral air base from the 1930s?

Commercial aviation promised to rewire global traffic flows in the first half of the 20th century. In the 1930s, the British Empire extended its aerial reach to its Hong Kong outpost through the expanding network of Imperial Airways (British Airways’ predecessor). At the same time, American and Chinese interests (Pan Am and its joint venture in Republican China) strove to assert their power by expanding their flight networks in Asia. On this budding route map, Hong Kong appeared as a puddle-jumping stop along the world’s burgeoning skyways.

Keenly aware of the disruptive potential of commercial aviation, both political powers and commercial enterprises attempted to shape the new industry to their advantage and mitigate the risk of seismic impact on the competitive landscape. Institutionally, key players in the logistics business that had dominated previous generations of transportation, particularly shipping, needed to safeguard their commercial interests by asserting their presence on this new technological platform. It should therefore come as no surprise that Swire and Jardine Matheson entered the fray immediately after World War Two.

In the decades that followed, with advances in aviation technology, airplanes were able to cover longer distances between stops. To maintain its place on the map, Hong Kong needed to reinforce constantly its strategic criticality, as well as its economic significance to generate the prerequisite traffic flow.

Read Also
How to travel to China in 2022

You mention that part of Hong Kong’s success in the 1930s was ‘not being part of China’. This advantage arguably extended through the Cold War and then also worked directly to Hong Kong’s advantage after China began market reforms. But now, as business hopefully begins to resume for the first time since 2019, Hong Kong is in a very different place politically and in terms of its relationship to Mainland China. Has that long-running advantage of being what you call ‘the in between place’ been lost?

Hong Kong’s British administrative control allowed for the confluence of a special brand of aviation traffic. Traffic carried by European airlines met connections from the Americas. As Cold War tension escalated, Hong Kong became an important Southeast Asian hub on one side of the bamboo curtain. Even after aviation traffic came to a grinding halt with the Communist takeover of the Mainland, political and commercial powers continued to harbour hopes of building Hong Kong into an aviation connection point for China.

The reopening of the Mainland in the 1970s and 1980s realised that promise for Hong Kong. In the period leading up to the handover, the various parties took pains to retain Hong Kong’s unique configuration and not to upset the city’s progress in this regard. As China’s economy took off, Hong Kong benefitted tremendously from its intensifying aerial ties with the Mainland. Even though the world is converging quickly on a shared technological platform, it is not difficult to point to differences in the ways Hong Kong and Mainland authorities regulate traffic in the skies. Compared with connection points in the Mainland, Hong Kong has retained its distinctive advantage and should have a role to play in funnelling traffic into and out of China. 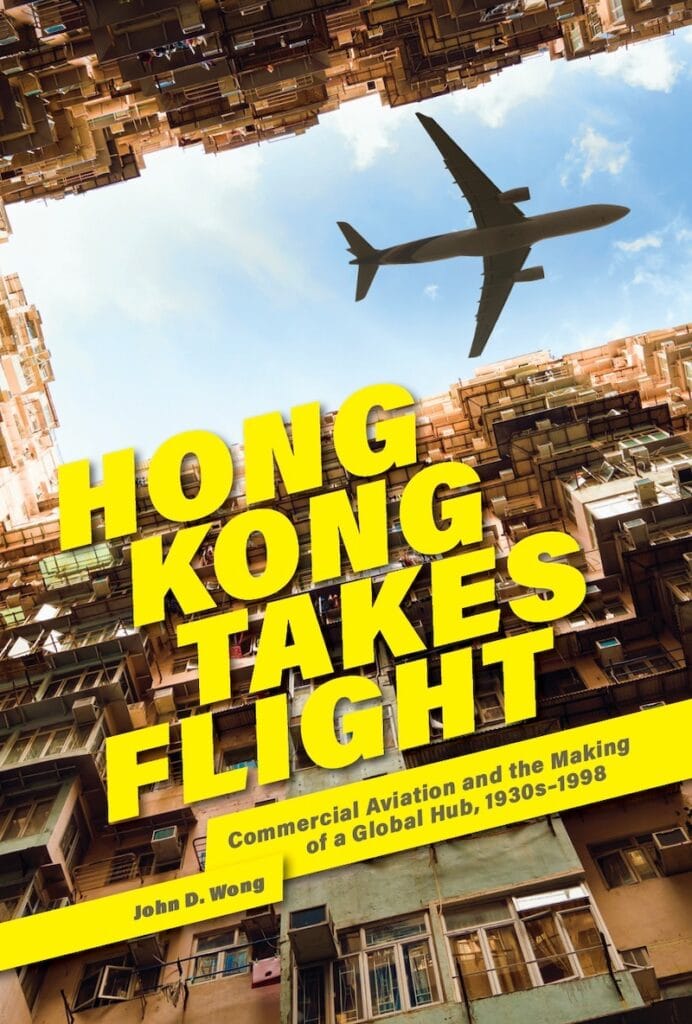 Moving to the current period, even if all Covid restrictions are lifted tomorrow in Hong Kong and Mainland China, do you think HKIA will ever return to the position it held as a regional hub pre-Covid, or has too much ground now been permanently lost to hubs like Singapore and the Middle East?

Technological advances have facilitated flights that can now span halfway around the globe. Yet, it continues to make sense for the industry to aggregate traffic at specific connection points. Covid-19 has certainly wreaked havoc on the entire industry. As the pandemic threat subsides, not all regions have responded in the same manner. Singapore has indeed loosened its restrictions more readily, but many Asian hubs – Hong Kong, Japan and Taiwan – are gradually lifting travel restrictions as well. For Hong Kong, returning to normal air traffic patterns is essential not just for the airlines but also for their economies. Commercial aviation is both a facilitator and an indicator of economic activities. Traffic at HKIA will remain a reliable barometer for Hong Kong’s pivotal role in global trade and finance. Proximity to China should continue to be Hong Kong’s asset so long as we quickly restore traffic flows with the Americas, Europe and Australia. As we enter the recovery phase, Hong Kong needs to buttress its cruciality, differentiate itself from rival hubs, and play an active role in network development.

You note in your conclusion that businesses operate across political jurisdictions and need to engage in “political jockeying” to secure their fate. Do you think international airlines will view HKIA differently in the future, as a less, or perhaps more, important “port”?

I understand “geopolitical jockeying” as manoeuvres that aim to cultivate alliances with or sponsorship of governing regimes. Hong Kong is an international city, but our airlines need the city’s government to negotiate air routes and assign these routes to specific operators. Beyond the confines of this city, airlines need the approval of Mainland authorities to fly over the air space of the PRC. Just as most international airlines are “flag carriers” or enterprises regulated by their respective authorities, carriers flying into and out of HKIA will need to be mindful of political dynamics and developments in their commercial space.

Post-handover, Hong Kong registered spectacular growth in commercial aviation. From 1997 to the peak in 2018, the number of air passengers grew by almost 150%. With a threefold increase during the same period, air cargo growth was even more impressive. In 2019, Cathay Pacific was the world’s eighth-largest airline in terms of passenger traffic and the third-largest in international air cargo. This was possible through the delicate footwork of enterprising operators who structured mutually beneficial alliances.

Read Also
When was the first package holiday to China?

What of the local airline industry, primarily Cathay Pacific? What will the long-term effect be on them post-Covid and with the new political situation in Hong Kong that may favour Chinese airlines?

This is not a new phenomenon. As the conclusion of Sino-British negotiations in 1984 sealed the fate of Hong Kong beyond 1997, Cathay Pacific fashioned for itself a local Hong Kong profile. To continue to dominate the airways over Hong Kong, Cathay Pacific embraced red capital from Mainland-controlled enterprises with direct connections to Beijing. Throughout this process, the carrier’s dominant shareholder, Swire, demonstrated considerable agility and resilience against a rapidly shifting geopolitical backdrop. The incremental infusion of Mainland Chinese investment in and influence over the Hong Kong carrier, calibrated to reflect a comfortable compromise, enabled a seamless transition over the handover, which entailed a change of sovereignty (and the attendant air service rights) overnight on 1 July 1997 – no mean feat in light of the delicate diplomatic sensitivity and vast financial interests involved. In a round of restructuring in 2006, Cathay Pacific took over its one-time local rival Dragonair and accepted 35% of Mainland holdings of its own shares split between Air China and CITIC. At the same time, Cathay Pacific expanded its stake in Air China to 17.3%, up from the 10% it had acquired in 2004.  Since then, Covid-19 has extinguished the Dragonair brand but this process of alliance building will continue.

Finally, at the end of your book you hint at a possible shift in regional air hub priorities post-Covid. With the promotion of the Greater Bay Area, could Zhuhai Airport take a lot of HKIA’s cargo business, with Guangzhou prioritised over Hong Kong? Could growth (or recovery) be more focused on Chinese cities, relegating Hong Kong to a very secondary place?

For all connection points, geopolitical issues and ecological shifts generate opportunities and present challenges. British control mapped Hong Kong onto the world while its proximity to Mainland China provided the persistent appeal of potential aerial connections. Political transformations in China and Cold War dynamics heightened Hong Kong’s regional ties, reorienting the city toward the regional network of Southeast Asia. Against the backdrop of privatisation and economic liberalisation, Hong Kong’s phenomenal economic success allowed it to break out of its regional configuration and extend its command over long-haul flight routes.

In the fluid space that underwent continuous transformation, Hong Kong made itself an anchor in the network of flows. In the post-handover period, the city has experienced equally transformative dynamics: the persistent expansion of the Chinese economy, its evolving relation with the PRC leadership, and a changing British and American posture toward Hong Kong and China, to name just a few.

Although the system has withstood bouts of political turbulence, which influenced industry development from time to time, commercial aviation in Hong Kong, along with its global partners, has proved defenceless in the face of the Covid-19 pandemic. The conclusion of the pandemic could witness the dissolution of Hong Kong’s regional and global ties or the revitalisation of Hong Kong’s status as a hub. Playing out in the skies over Hong Kong, the outcome pivots on the city’s ability to demonstrate yet again its nimble posture and delicate footwork in connecting global powers on the periphery.

Opportunities and challenges in transnational education in China