Home Manufacturing Electric vehicles: the next frontier of the ‘new cold war’
Manufacturing

Electric vehicles: the next frontier of the ‘new cold war’

US car maker Tesla’s arrival in Shanghai, coupled with the impact of the coronavirus pandemic, has prompted a race among electric vehicle makers in both China and America. But who will win, and will this ‘new cold war’ shape the future of environmentally-friendly travel, writes Charlotte Middlehurst

For a while it seemed like China’s grip on the 21st-century’s electric vehicle market was unshakeable. For decades Beijing has led the world in terms of investment in the new energy vehicles needed to tackle climate change and create a low-carbon economy.

With liberal financing and strategic purpose, China has cemented its sectoral dominance. Ambitious EV targets have for years been enshrined in the country’s development plans. Today China is home to around 99% of the world’s electric buses. Nine of the world’s top ten electric automakers are Chinese, according to research institute Bloomberg NEF.

But in the wake of the coronavirus pandemic, and with a ‘new cold war’ between the US and China brewing, that outlook is changing. The outlook will have a bearing on the integration of the world’s two biggest economies, as well as how (as a planet) we travel and use fuel.

Amid mounting supply-chain vulnerability, climate change and growing enmity between the US and China, the EV innovation race has become a key frontier. But quite who will “win” it, or how, is not yet clear.

What is certain is that the EV sector has faced a reckoning this year. As the coronavirus hit in January and national governments imposed their lockdowns, the international manufacture and sale of EVs ground to a halt. Now that restrictions are being lifted and parts of the economy reopening, green shoots are appearing.

But China has undergone a double shock. The chill in US-China relations has made competition for consumers all the fiercer, particularly in technology. The arrival of Tesla, the US auto giant, in Shanghai in February was an invitation for local manufacturers to throw down the gauntlet.

The response of Chinese EV makers has been bullish – at least among the ones that have survived. At the same time, the government has swiftly realigned its policy sending a clear message that Beijing is backing EV makers and will do what it takes to keep the sector afloat.

According to Daniel Atzori, a research partner at Cornwall Insight, the most significant decision to affect the EV market in recent months has been China’s extension of direct subsidies for EVs (that were due to be phased out this year) until 2022.

This was done to “shield the EV market from the adverse economic effects of the crisis”, says Mr Artozi. But overall Chinese policy is gradually moving away from direct subsidies to more indirect forms of financial support.

However, China’s measures taken to support the broader automotive sector could, in fact, have a negative impact on EVs as regular cars become cheaper and easier to attain.

“The Chinese government seems to have chosen the automotive sector as a key driver of the post-Covid-19 economic recovery,” says Mr Atzori. “To this end, some provincial and municipal measures to promote EV mobility have been eased or paused, to allow revitalisation of the automotive sector as a whole.” For example, caps on car purchases have been lifted in some provinces.

“Though this might be detrimental to NEV sales. They maintain a 5% share [of the auto market] and we have not observed any huge drop. Also these restrictions are only temporary,” says Marine Gorner, energy analyst at the International Energy Agency.

According to IEA data, the market share of EVs began to rebound in April and has held steady following the immediate post-pandemic crash. 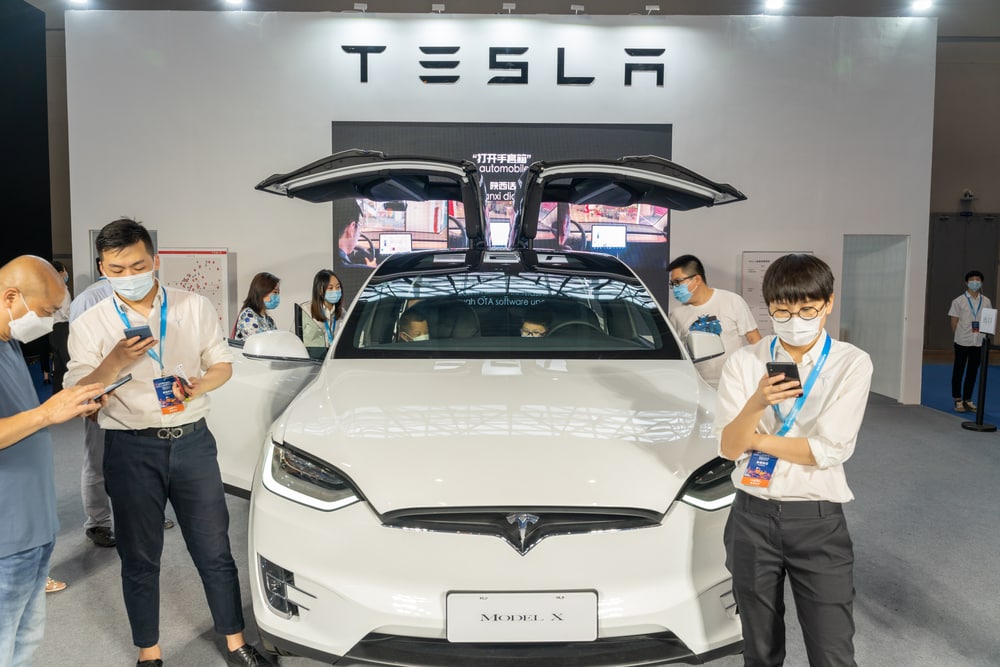 The second big event has been Tesla’s arrival on the mainland – a symbol of American assertiveness. According to some analysts, this has had a dramatic effect on domestic manufacturers with investors pumping billions of dollars into Chinese EV startups, sending their share price soaring. This month Xpeng Motors’ share price rose by 40%, while Li Auto was up 70% this month, reported the FT.

“This increase is mostly due to the Tesla Model 3 production in Shanghai,” according to Hyoungmi Kim, senior policy specialist at Natural Resources Defense Council, an American environmental group. “It is true that Tesla’s arrival has been driving competition among Chinese manufacturers, which is a good thing. And more importantly, the policymakers and industry in China can see that it is not the subsidy that attracts customers. If the vehicle is attractive enough, there exists an enormous market for EVs in China.”

Yet there are growing concerns that without the infrastructure needed to support a collective transition to electric power, the EV bubble could simply burst into thin air.

“You have to look at the whole ecosystem in EVs, including battery recycling, EV grid integration and charging infrastructure,” says Ms Gorner.

While data indicates some degree of recovery for China’s EVs in the past few months, its 2 million car sales target for 2020 will not be met. The realistic goal is only half that – at around 1 million vehicles by the end of the year, according to Ms Kim.

If nothing else, the Tesla rally shows how intertwined Chinese and US interests around trade and energy continue to be – rather than how separate.

What does Joe Biden’s US stimulus...

Why has shipping between the UK...

What China’s experience tells us about Biden’s...