Tianjin has been an important commercial and transportation hub since the 13th Century. Today, it’s a modern metropolis on its way to becoming a Smart City. Here’s what happened in between. Words and photography by Bruce Connelly

Looking down upon the city from one of Tianjin’s tall skyscrapers, a futuristic skyline opens up. A stunning array of architectural heritage buildings ranging in colonial styles are interspersed among this 21st-century Chinese metropolis. The extensive flat land is interlaced by water channels – a city of bridges transformed nightly into a city of lights.

Two thousand years ago, Tianjin was nothing more than a patch of sea bed. But hundreds of years of sediment, deposited from rivers flowing east from the Taihang Mountains, built up a plain stretching towards the Bohai Gulf. Isolated agricultural and fishing villages appeared amongst the marshes and a town named Zhigu grew wealthy through lucrative salt trading. It was this town that would go on to become Tianjin.

During the Song Dynasty (960-1126) China’s Grand Canal was built – a feat of engineering that reaching from Hangzhou in the south, all the way to the north. After a major upgrade and expansion again during the Yuan Dynasty (1206-1368) it transformed into a major transport link, carrying food and essential commodities from the south to the Yuan Capital of Dadu – Beijing’s predecessor. A 70-kilometre branch of the canal known as Haihe – or Sea River – connected the north-south branch of the canal to the sea, allowing Dadu access to the Bohai Gulf at Tanggu.

By the Ming Dynasty (1368-1644), Zhigu, then a walled garrison town at the apex of the waterways, had become a regional economic centre, but it wasn’t until 1404 that Emperor Yongle renamed it Tianjin, meaning ‘Ford of Heaven’. Illustrations from the era show a tangle of boats and barges outside its northern gate as they lined up to shuttle commodities and people between the coast and the capital. 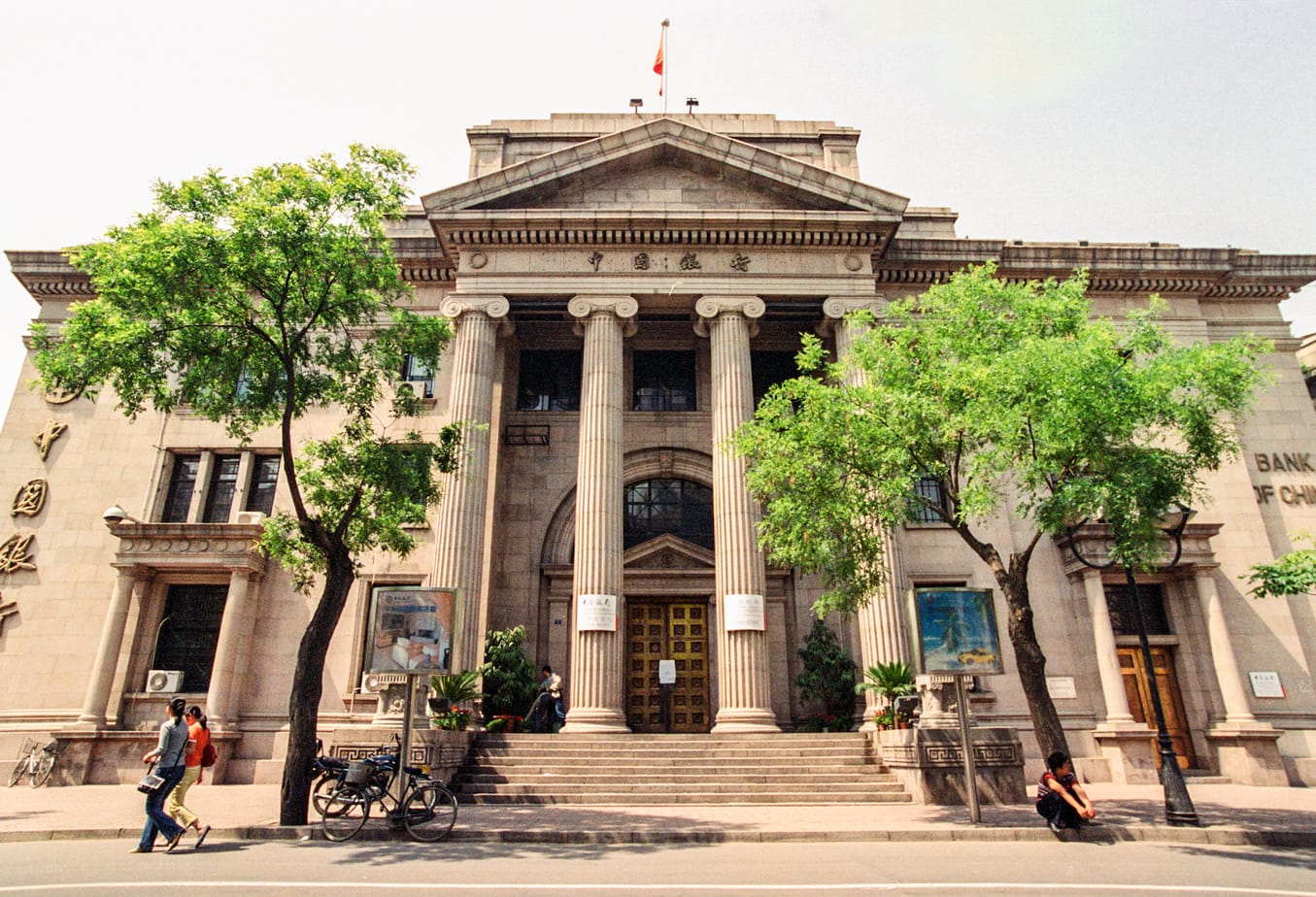 It was around the mid 19th century that Tianjin’s commercial boom and strategic location started to draw the attention of Western nations looking to increase their foothold in China. While diplomatic legations were established in Beijing, Tianjin was the focus of foreign countries commercial activities in Tianjin. Treaties extracted from the Qing government in 1858 allowed extensive concessions to be developed, mainly in the marshy areas downriver from the walled city. Initially, it was only British and French concessions that were built there, but gradually this was expanded to nine foreign concessions that survived until the removal of all foreign concessions after the Communist party came to power in 1949.

The city boasted trams, electric lights, and a cosmopolitan feel on a par with that of Shanghai.

Rapid construction during the concession period saw banks, trading houses, factories, schools, religious buildings and hospitals spring up around the city in a wide range of architectural styles. A mix of Corinthian, Victorian, and even Neo-Venetian styles emerged, including a number of art-deco style department stores and theatres. The city boasted trams, electric lights, and a cosmopolitan feel on a par with that of Shanghai. 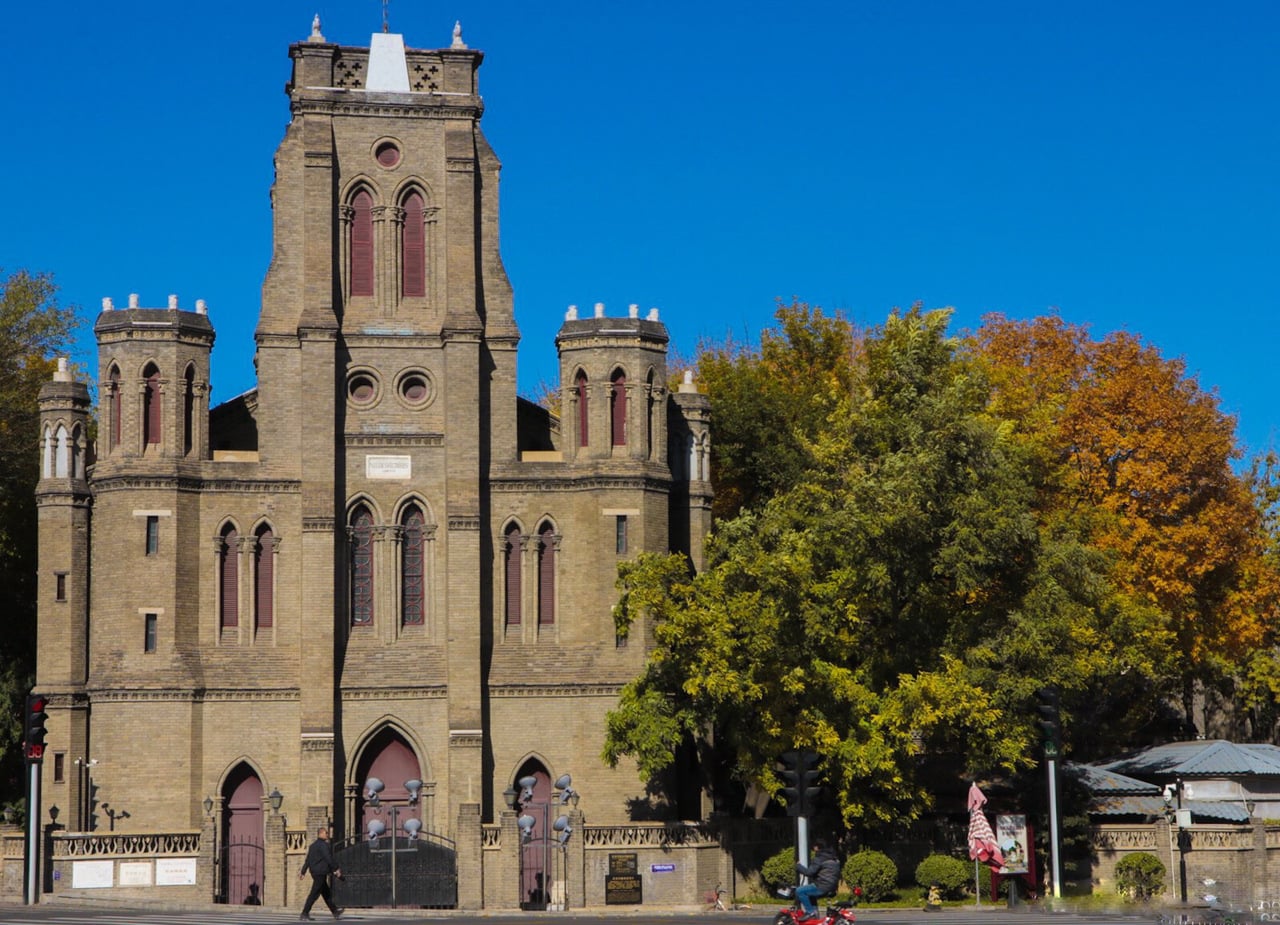 Wanhailou Church in Tianjin in 2018

The cantilever Jiefang Bridge, which was constructed 1927, still spans the Hai River, connecting former Italian concession with French and British areas. By the early 20th century, Jiefang Bei Lu (formerly known variously as Rue de France and Victoria Road) had been labelled ‘China’s Wall Street’. The road was littered with the neoclassical architecture of former financial houses, whose occupants included HSBC, Swire and Jardine Matheson, nestled alongside other concession administrators and elite clubs.

The area today, spruced up and tastefully illuminated, is worthy of a stroll down memory lane. The British concession dates back to 1863 and housed world leaders and diplomats alike in its prime. Herbert Hoover, later to be 31st President of the United States, stayed here during his early days in China, and the Last Emperor Puyi, who lived in Tianjin after 1928, regularly attended tea dances in the area.

The former British concession also includes Wudadao (Five Great Avenues), which take in over 2,000 garden-style villas and parks reminiscent of an affluent suburban London. One former resident of the area is Tianjin-born British athlete Eric Liddell, who won gold at the 1924 Paris Olympics.

However, the glitz of colonial Tianjin was not to last. The first half of the 20th century was wracked with war and nationwide decline. And after the founding of the People’s Republic in 1949, the few remaining international businesses and residents were gone. Instead, domestically-driven industrialisation spread along the banks of the Hai River. The coal that fuelled this industrialisation became a major source of pollution and in 1976, when the devastating Tangshan earthquake struck nearby, much of Tianjin’s historic buildings was dealt a death blow.

After Mao’s death and the subsequent demise of heavy industry, Tianjin’s strategic location as a port city close to the capital made it ideal for foreign investment once again. When China’s Reform and Opening Up policies were introduced after 1978, Tianjin became one of the first (after the southern provinces) to receive foreign investment, and a new phase of Tianjin’s history began. In 2003, former Bank of China governor Dai Xianglong was appointed mayor of Tianjin, and it was his vision of the city as a leading business centre and international port that was to move Tianjin forward once more. The Binhai Economic Zone, he proposed, should rise to a level of efficiency on a par with Shenzhen and Pudong in Shanghai. With support from Tianjin-born former-Premier Wen Jiabao, transformations soon followed. Out went much of the remaining heavy industry, and in came international companies such as Airbus and Volkswagen.

Just in time for the 2008 Beijing Olympics (where Tianjin hosted football tournaments), China’s first high-speed trains were launched. These trains would soon be rolled out across the country but incredibly at the time, cut the journey from Tianjin to Beijing down to a mere 30 minutes. With a major airport and a rail hub, Tianjin’s infrastructure jumped into the 21st century with both feet.

The Haihe River may no longer bustle with commercial boat traffic, but Tianjin Port continues to grow. Facing the Bohai Gulf, the deepwater docks and container terminal act as a maritime gateway for the Beijing-Hebei-Tianjin region and beyond.

Out went much of the remaining heavy industry, and in came international companies such as Airbus and Volkswagen.

“Tianjin is a major transportation hub so it plays a role both in both better continental and maritime connectivity,” explains David Gosset, founder of the Europe-China Forum and Inspiring Tianjin 2020. “In that sense, the role of Tianjin is truly pivotal in the Belt and Road Initiative and is on the path to becoming a Smart City”.

Today, cruise boats carrying tourists have replaced many of the ships carrying cargo along the Hai River. They disembark at the iconic 120 metre-tall Tianjin Eye Ferris Wheel or set off to visit the tranquil Dabeiyuan Temple. 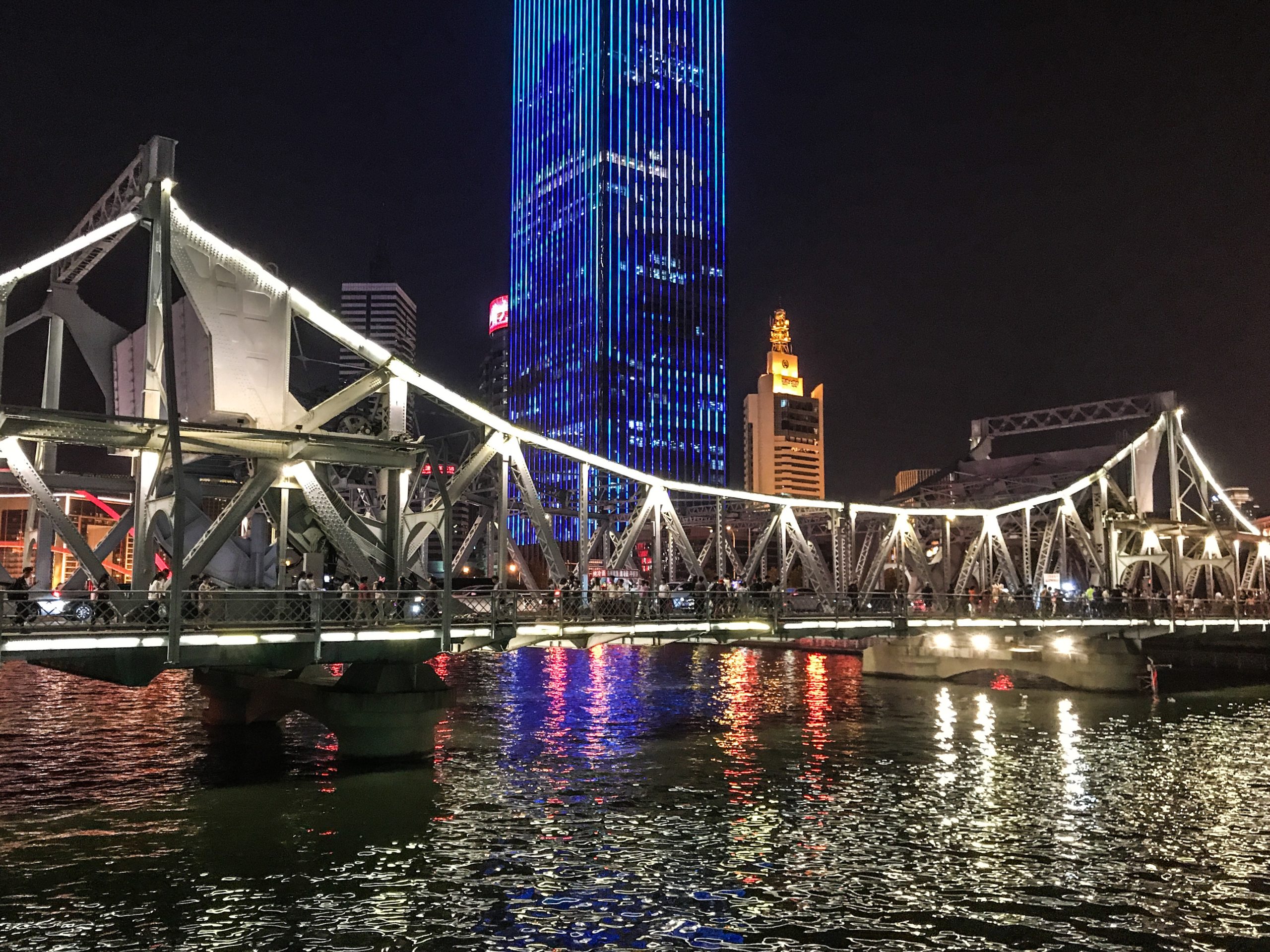 “In recent years the riverside has been extensively transformed with connecting walkways, illuminated bridges, public gardens and parks – excellent areas to watch the local community converging for relaxation, exercise and socialising,” explains Jason Stinson, General Manager of Shangri-La Hotel, which has set up a library and photography exhibition of the city on the hotel’s 32nd floor executive lounge, itself providing stunning views of the river.

“Tianjin is a very liveable city and a lot of work has been done to make the city greener,” adds Michael Hart, Chairman of AmCham’s Tianjin Chapter. “It’s a big city with a small city feel; a good place to base a business or just visit for a quiet and enjoyable weekend.

“Today, Tianjin offers an overall infrastructure for visitors that is second to none for both the business and leisure traveller. There are world-class hotels, events venues, shopping centres, historical sites, entertainment options, and emerging arts scene, restaurants, bars and much more,” says Hart.

Electric vehicles: the next frontier of the ‘new cold war’