Paul French talks to Christopher Sheedy about his book Unlocking The Emperor’s Door, crammed with insights into Chinese company culture after his experience working at Tiens Group

Sheedy has worked all over the world and was given the opportunity to work closely with Li Jinyuan, the founder and Chairman of Tiens Group – known locally as Tianshi – a large multi-level marketing company headquartered in Tianjin selling everything from traditional Chinese medicines to instant coffee. Sheedy’s time at Tiens and conversations with Chairman Li led him to research and write Unlocking The Emperor’s Door (Nicholas Brealey Publishing), a book that examines, among other things, the path to Tiens’ success locally and internationally, and the methodology behind multiple innovative new products. Paul French caught up with Chris Sheedy to hear more…

We don’t have shelves of books about doing business with Sweden or Canada, but we do for China. China and the West have been doing business for decades now. How come issues like respect, where you sit and how you refer to people are still so important to success?

That’s an excellent observation, and the answer is both extremely simple and terribly complex. First of all, few territories are as culturally different to the West, or indeed are changing so rapidly internally and in terms of their global reach. Successful business in Sweden or Canada, or almost anywhere else in the world, doesn’t rely so heavily on an entirely new set of cultural guidelines being followed.

The more complex answer is something businesspeople in the West should be proud of. That’s the fact that we want to do business well in other territories, and understand how to do business with Chinese companies globally. We’ve moved beyond the idea that everything should work our way, that we can force our own processes and methods of business and ways of thinking and, indeed, our own culture, onto those with whom we do business. We want those we’re dealing with to know that we’ve done our research and that we respect their ways.

That, in fact, is how the best business has always been done – respectfully, with empathy and even with vulnerability. In the Covid-19 and post Covid-19 environment, many thought-leaders agree, this very human approach to business will be more important than ever.

You discuss in detail the highly regulated and hierarchical workplace at Tiens Group. In light of China’s rapidly changing society and new generations coming up through the management structure, will the Chinese workplace become more flexible over time?

The Chinese workplace absolutely will become more flexible – it’s happening right now. Even the most traditional Chinese leaders are recognising the value of diversity of thought and leadership. The clearest examples of this are in the tier one cities in China, where many middle managers have earned qualifications, such as MBAs and other degrees, in the West. They have returned to China with a slightly different point of view on how businesses can be managed, and on their roles within those businesses. Their attitudes are outstanding – a perfect mix of self-confidence, role competence and cultural respect.

Why vocational training is on the rise

On the flipside, during meetings within various organisations in China I witnessed the negative side of the hierarchical structure – younger but highly competent staff sitting silently in meetings, never sensing they had permission to offer their ideas, simply waiting to be told what to do. This creates a bystander culture in which everybody watches and waits for instructions from above. It is the opposite of the engagement and buy-in that drives discretionary effort. But, let’s be honest, this doesn’t only happen in Chinese businesses.

I witnessed the negative side of the hierarchical structure – younger but highly competent staff sitting silently in meetings, never sensing they had permission to offer their ideas, simply waiting to be told what to do.

Chinese workplaces face all of the same challenges as those in the West. The big difference is the level of respect Chinese workforces typically have for senior people, and this comes from somewhere much deeper within the Chinese culture. Depending on the way this respect reveals itself in the workplace, it can be an exceptionally positive organisational trait or one that doesn’t support or encourage new or diverse ideas. 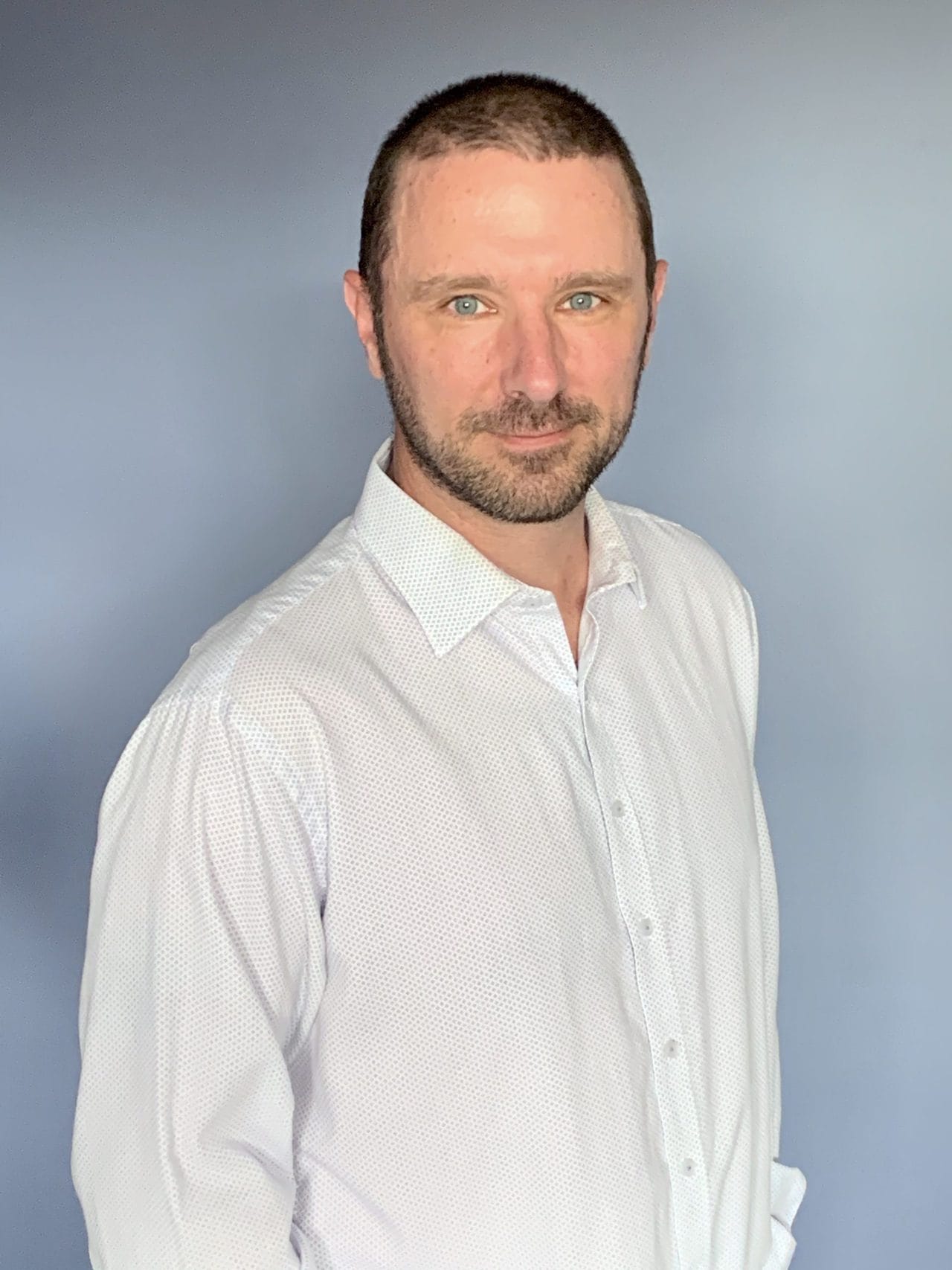 Throughout the book, you use the example of Tiens’ Chairman Li Jinyuan. Why do you find his case study so compelling?

I’m unashamed to say I was fascinated by Chairman Li from the moment we met.

This is partly because his story contains all of the hallmarks of a page-turner. He came from almost-rags to create unimaginable riches in a business environment which, for several decades, offered entrepreneurs no support at all.

He failed, then failed again, then failed some more, but continued to adapt and tap into new resources that others simply didn’t identify, during seemingly endless periods of adversity. He is the living embodiment of resilience and persistent vision. If the book was purely about his business story, it would be a great one.

What are the most common mistakes foreign businesses make?

Perhaps most importantly, Chairman Li built his empire on his own, suffering more than his fair share of loss along the way. He didn’t do it with family money. He didn’t take over a business that was already in existence. He didn’t even have an extensive education, but goodness, he could teach today’s young businesspeople a thing or two.

Chairman Li is imperfect. He has made some great mistakes. And he is still consciously attempting to democratise control of his business to encourage diversity of leadership and has not yet succeeded in that endeavour. But I think I’d be right in saying he has never, for even a single day, lost his passion for community and his sense of responsibility to others.

As somebody who has spent his life entirely within and around Western businesses, I found the level of corporate generosity and social responsibility within Tiens Group simply astounding. And he serves a mean Moutai…

The concept of ‘face’ in business in China has been endlessly discussed. Why are we still talking about it? Have we failed to truly understand it?

Of course we have failed to truly understand it, and that’s fine. The concept is so deep and complex. It has developed over centuries and is woven intricately into the fabric of every interaction, every relationship, every belief, every word spoken and every word unspoken in China.

Many Chinese people told me that even they don’t have a full grasp of the idea of face, or at least can’t articulate it in a way that foreigners would easily understand. So, it’s okay for Westerners to lack a thorough comprehension. I found the more I understood of the concept, the more I realised I didn’t understand.

The concept is so deep and complex. It has developed over centuries and is woven intricately into the fabric of every interaction, every relationship, every belief, every word spoken and every word unspoken in China.

Fortunately, there’s a surface level of comprehension that tends to get you through most interactions, and that actually serves as a good model for any relationship, in China or elsewhere. It involves listening more than you talk, always demonstrating respect for those around you, never attempting to paint anybody else in a negative light and never misrepresenting your abilities.

Face, at its most basic level, is about being a good, modest person, and that’s an excellent starting point for anybody, anywhere.

Fortunately, the Chinese people are exceptionally forgiving when a foreigner gets things wrong, as I did constantly…

Tiens Group is into direct selling, which has something of a global image problem. Yet in China, it’s been phenomenally successfully for decades, all the way through to today’s live streaming. Why is direct selling, seemingly in all its manifestations, so massive and intense in China?

But most of the direct selling world does excellent business and does it very well. After all, it’s simply a retail model without stores, a good way for salespeople to demonstrate and sell products to interested buyers.

Why cross cultural training is key to business success

Chairman Li pioneered direct selling in China. He learned from the very best and very worst examples in the US. He recognised direct selling as the perfect model for his health products to be explained, rather than languishing on the shelves of corner stores and mini-markets.

The industry did well in China because of a lack of big-brand supermarket chains and an enormous, but geographically dispersed population. However, as you mentioned, many such businesses (including Tiens Group) have in the last few years pivoted their models to look and behave more like online retailers than direct sales outfits. This is partly because of changes in technology and partly because of changing expectations of younger customers in China and worldwide.

You worked in close proximity to Chairman Li at Tiens for some time. Looking back on that time, what were your major discoveries?

Apart from Moutai, you mean? Actually, I’d classify the experience of working closely with Chairman Li, of being given an access-all-areas pass within a Chinese multinational, and of spending such a long period in China, as life-changing.

In the West, we are fed an enormous amount of disinformation about China. This is part of the reason that we are unsure about doing business there, and why some businesses fail on their first few attempts at setting up relationships.

After all he has achieved, and with all they know about what he has built, he still senses a feeling of superiority from some Westerners.

Chairman Li explained to me, in a very Chinese and respectful way, that sometimes he senses Western businesspeople think Chinese business leaders are somehow backwards. After all he has achieved, and with all they know about what he has built, he still senses a feeling of superiority from some Westerners. And of course, that would happen.

Because of the typically negative media reports on China, and because of the fact that in the West we tend to feel our own culture is quite advanced, I was surprised by the level of technology and the depth of cultural complexity in China.

I discovered a country that is carefully balancing centuries of tradition with decades of rampant advancement, cities that made Western centres look positively medieval, a government that has absolute control and that mostly uses that control in a positive way, and generations of Chinese (most of whom deeply respect their government, unlike the way we in the West tend to feel about ours…) struggling to come to terms with the line they’re currently straddling, the one between the old and the new.

The China story over the next few decades will be ever more fascinating, particularly in the twisted and splintered, post Covid-19 environment. I look forward to seeing how it all unfolds.