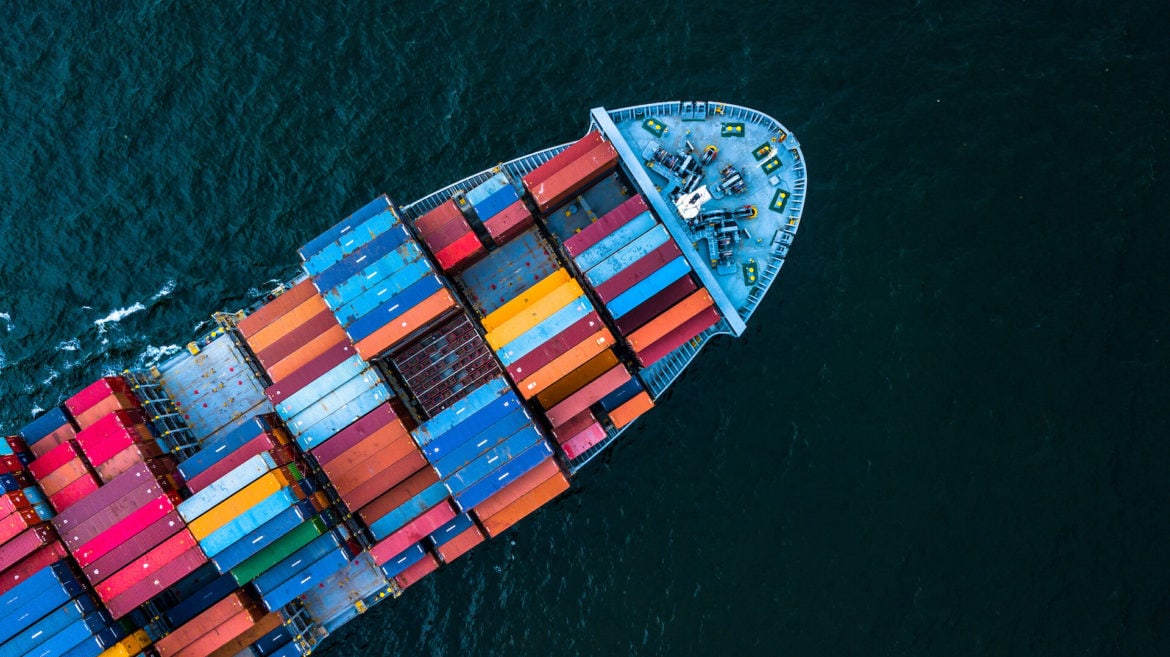 Geoffrey F. Gresh’s ‘To Rule Eurasia’s Waves: The New Great Power Competition at Sea’ (Yale University Press) is a sweeping study of the situation concerning the vital sea lanes running from Asia to North America, Europe and the UK. The book considers the rise of Russia, India and China as major shipping nations, transporting containerised goods crucial to our trade relationship, as well as the ways in which they have become increasingly involved in protecting those international sea lanes.

The need for Chinese exports to be delivered around the globe in a seamless logistical chain, as well as vital imports of energy into China to keep the economy humming, mean that Beijing is keen to see the country becoming dominant both in shipbuilding (as it now is) as well as fleet operation. These aspirations are encapsulated in China’s Maritime Silk Road, a series of policies that have ramifications for Britain, too. Gresh is professor of international relations at the National Defence University in Washington, and as such, the views expressed here are those of the interviewee alone and do not represent official policy or his employer.

Forty percent of China’s economy relies on trade and a dependency on energy imports. In the book you say that China will leverage its investment in the region’s ports for its own geo-strategic and geoeconomics interests – where will we see this play out in the coming years? 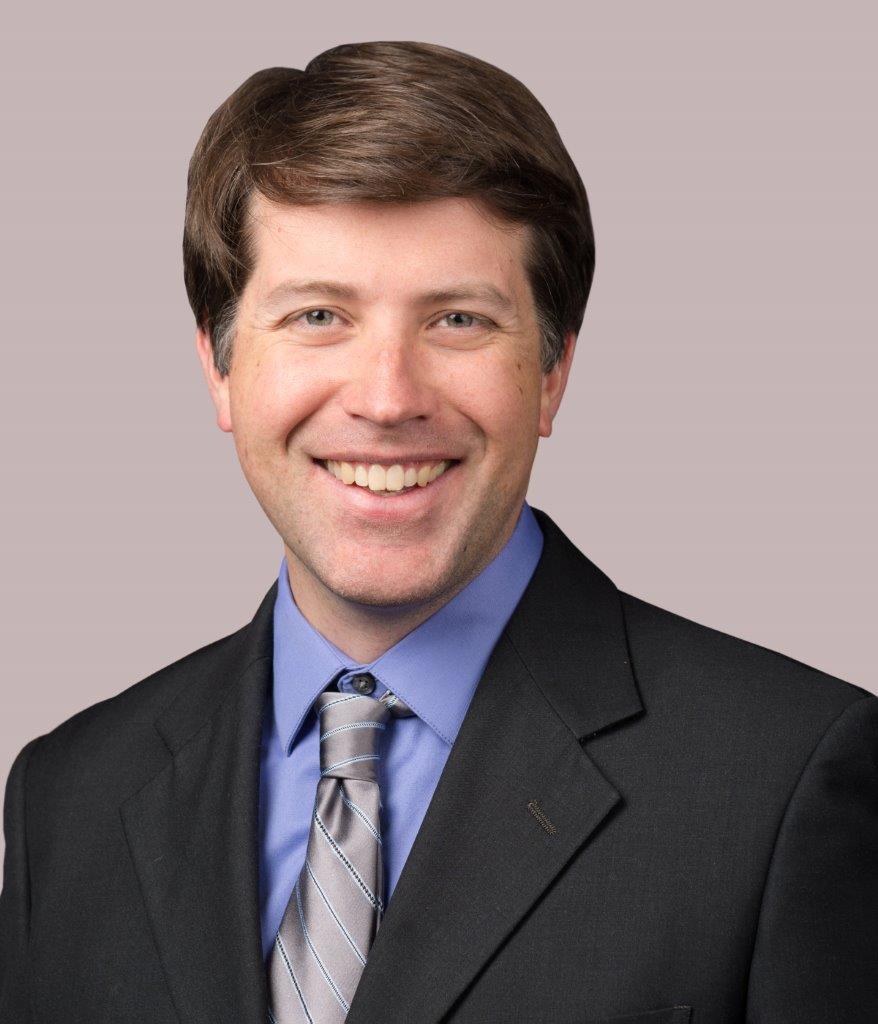 The 2017 establishment of a Chinese military base in Djibouti signalled just how important China viewed the Horn of Africa and the Middle East. Moreover, Djibouti serves multiple purposes for the Chinese: It is an important anchor on the far western edges of the Indian Ocean; it is an essential entryway into Africa’s largely untapped markets and China’s other critical investments; and it is an increasingly critical perch and catapult into the Red Sea, Mediterranean, and the broader Middle East. Certainly, Djibouti is just one connection among many that the Chinese are developing. Further to the north and east of Djibouti near the opening of the Strait of Hormuz and the Persian Gulf, for example, China is developing Gwadar in Pakistan. Gwadar’s development has experienced significant developmental and security obstacles of late, but Gwadar could one day offer another vital maritime logistics hub and potential base for easier access to the Gulf, as well as a starting point along the China-Pakistan Economic Corridor.

China’s investment in its domestic port facilities and infrastructure has been massive right along its coast. This was partly based on projections of around 5% per annum growth in containerized trade out of China. But with trade disputes, a decoupling from China in some areas and the traumatic shock of Covid-19, is it possible China has over-invested in the MSR?

At some level, I agree that we will see certain shifts in trading patterns between China and other countries, especially in a post-Covid world. But that said, at present, more than 90% of the world’s goods transit the sea, bringing into relief the continued importance of the stability and security of the global commons.

Due to Eurasia’s growing and developing population, India and China in particular will likely still need to reach outward in their hunt for more natural resources, for example, to fuel their growing economies. As a result, I believe that maritime trade will remain an important element in any country’s orientation, especially that of China, and that it will necessitate the continued need for more investment in projects such as the Maritime Silk Road. China has indeed experienced significant difficulties in the expansion and current management of its Belt and Road Initiative (BRI), but the development of a maritime trade and logistics network via the MSR is already well underway with certain proven successes across the sea lanes of southern Eurasia.

Can China successfully find a way to protect its shipping lanes without antagonising other regional nations and superpowers? And can China, as well as being the top shipbuilder, become the biggest fleet owner too?

One of the open criticisms of the MSR and BRI is that it lacks transparency, standard rules and procedures. Growing concerns persist that many of the port projects are meant as dual-use infrastructure projects that could be used easily by the PLA or PLAN in the future, especially with the accompanying multi-decade port leases. Beijing is aware of the criticism and that is why it is readapting and readjusting the public face of its global initiative.

During the April 2019 BRI summit hosted in Beijing for example, the government tried to convey the message that it was prepared to change some of its prior practices and policies that were often criticised internationally. In a statement, Xi Jinping declared that, “Everything should be done in a transparent way and we should have zero tolerance for corruption.” In addition to transparency, there needs to be more trust-building efforts between China and other countries. As to building the biggest shipping fleet, I believe that anything is possible. China was quickly able to surpass South Korea and Japan to become the world’s top ship builder.  I believe that it could similarly be headed toward developing one of the world’s largest shipping fleets.

China was quickly able to surpass South Korea and Japan to become the world’s top ship builder.  I believe that it could similarly be headed toward developing one of the world’s largest shipping fleets.

Overseas port infrastructure projects and leases provide access that, some say, could also provide long range bases for China’s newly enhanced Blue Water Navy. The Chinese claim they are enhancing transparency – what indicators would you look for to reassure us this is happening?

I won’t repeat everything that I just argued in the prior question, but would add that transparency is indeed going to be a real hurdle moving forward. Better transparency, rules and standards will go a long way to attract other businesses and countries to join forces with the PRC and its Belt and Road Initiative projects. And more multilateral cooperation will help to ease certain tensions with some countries, especially a host nation that has willingly accepted BRI money for project development. But until many of the loopholes in many of the current standard BRI operating procedures are fixed and greater transparency is infused into China’s MSR and BRI investment apparatus, China will continue to face many challenges, including risky financial loans and investments, and the bad publicity that has come with it on certain projects. China’s recent BRI summit was a step in the right direction toward promoting higher standards and “fiscal sustainability” but it still has a long way to go to overcome mistrust that has festered in some host nations where projects have either been placed on hold or cancelled altogether due to a variety of factors.

You argue the United States (and presumably its allies) should try and match China’s level of economic development funding. Where should we be targeting such funding and how to do this to genuinely benefit nations and not simply end up in competition with China?

The US Agency for International Development and State Department funding levels have struggled in recent years. Time and again, analysts and officials lament the declining power of the US State Department and its influence on operations abroad. US aid is a critical instrument of statecraft and needs to be replenished to serve the needs and interests of the United States and its allies abroad. For the 2018 fiscal year for example, a 29% cut was proposed for the State Department’s budget worth an estimated US$16.2 billion. Though the US Congress has fought back to restore much of the cuts, it still sent a resounding message on the importance of the State Department during the former administration. The current Biden administration is trying to rectify what was lost under the prior administration, but they are already in a deep hole. That said, I think a focus on the Indo-Pacific, as big as it is, will be an important focal point moving forward. Moreover, I believe there is a lot that European, Australian, Japanese, Indian, and other partners and allies can contribute to aid and development initiatives across the region as well.

The UK obviously has a long trading relationship with China and many will argue we have a crucial role to play in a joint ‘Blue Economy’ of both seaborne logistics and maintaining open and safe sea lanes. It is also possible that UK ports could participate in more formal MSR projects. What advice would you have for UK companies and policy makers?

I think a lot boils down to your prior questions: Trust and transparency. I agree that there is such great potential for investing in the Blue Economy. The World Ocean has much to provide and share with all countries. It should be leveraged in a meaningful and sustainable way.  If agreements or joint ventures with Chinese and UK firms can be struck where you have open and transparent agreements, I think it would go a long way toward ensuring greater trust-building. The global commons and the maritime trade and logistics networks are vast and bountiful. There should be a way toward common investments that are of much benefit to all.  That said, there is still much more that China must do to reassure countries of its intentions vis-à-vis its geo-economic investments.

How do you open a corporate bank account in China?

13 of the best podcasts on China to listen to now