Historian and author Michael Wood’s BBC series The Story of China was a huge hit with viewers. Now he has turned his TV documentary into a new book. Paul French caught up with him before the launch

Wood’s BBC TV series saw him embark on a great historical adventure, exploring the stories, people and landscapes that created China’s distinctive character and genius over four thousand years. His most recent documentary on Du Fu: China’s Greatest Poet attracted praise in both the UK and China. Now he’s turned the documentary into a book ‘The Story of China: A Portrait of a Civilisation and its People’ (Simon & Schuster), which will be published this month.

Many people will have seen and enjoyed your BBC series The Story of China. Now we have the book – how long has this project been in the making for you?

I’ve been fascinated by China ever since I was at school. I travelled there first in the early eighties and filmed there first in 1990. The BBC series took three years of preparation, shooting and editing. Since then I’ve been working on the book and I’ve been back on various trips, making films about Deng’s Reform and Opening Up 40 years ago, which was fantastically useful to help me think about that era and its colossal impact on China and the world. Then last autumn we shot a film on China’s greatest poet, Du Fu, for the BBC. The huge response in China reinforced my sense of the continuing importance of traditional culture and values among so many people in China.

At the start of the book, you ask some big questions, such as ‘does the past still influence China’s present?’ We know that China’s leaders often reference the past, but in a country where most people are focused on simply getting ahead, does the influence of history go any deeper than soundbites used for during trade spats or diplomatic rows?

The return of traditional culture and religion is big in China today and the ‘Greatness of Chinese Civilisation’ is one of three pillars of Xi’s China Dream. In part this is government-sponsored, but in part it comes from the grassroots up.  As I describe in the book, the revival of customs, traditions, rituals, temple fairs, pilgrimages, the return of religion are visible everywhere today. In the book, there’s an amazing shot of part of a million-strong crowd at a shrine to the goddess Nüwa at a farmers’ festival in Henan. The people love their past: internal tourism is massive in China – six billion journeys in 2019.

But the past is also there in the state itself. As the dust settled after 1949, Western historians were struck by how uncannily the Party had replicated the bureaucratic despotism of the imperial period – at the top the figure of the Great Leader, the ‘Sage Monarch’ – of which the cult of Mao was a supreme example. Deng Xiaoping was anxious to rid China of what he saw as this ‘feudal’ relic and he put a limit on the term of office, but now the cult is back with Xi. 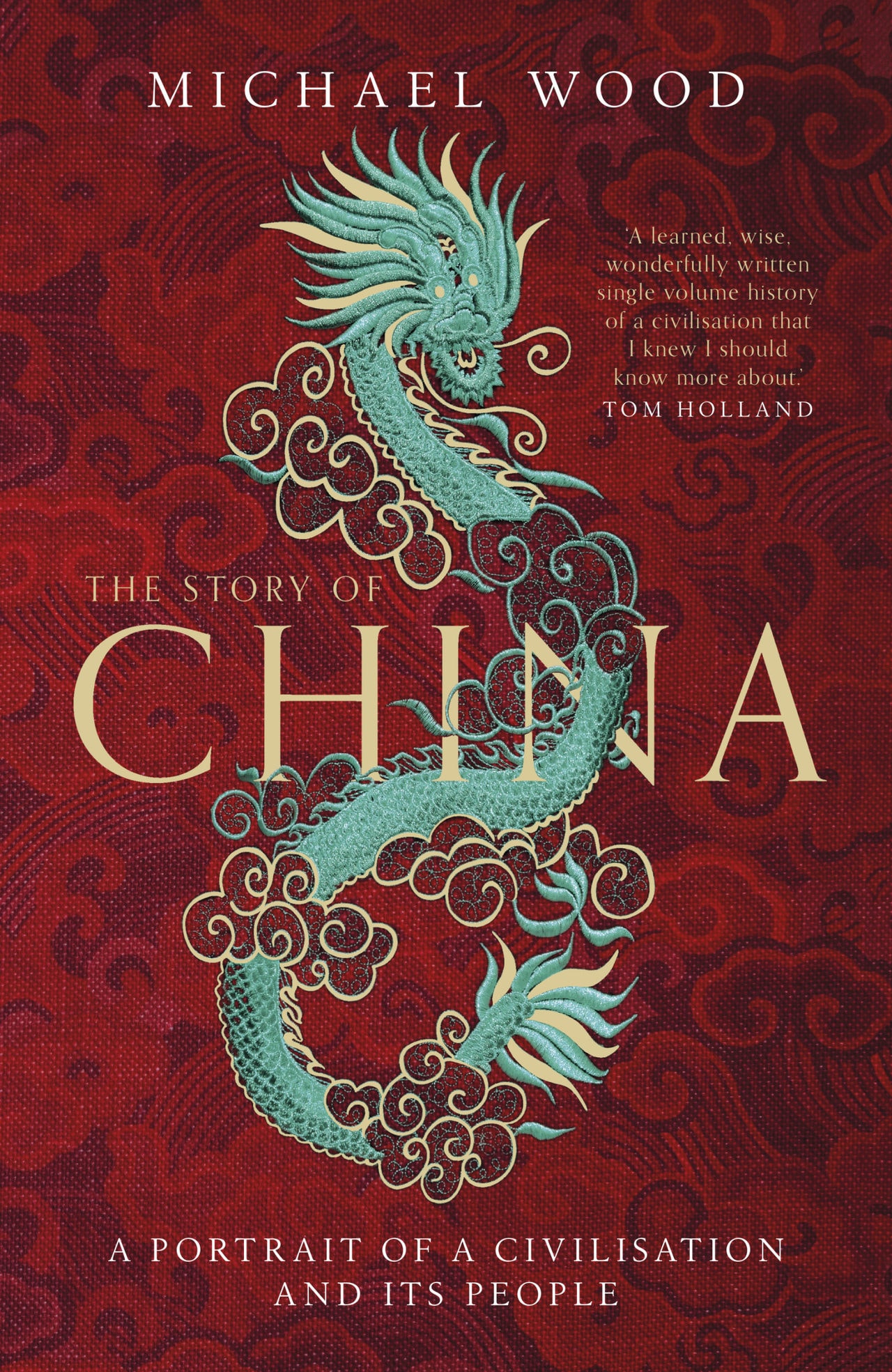 Wood’s hit BBC documentary has been turned into a book

How do you think China’s long history will continue to influence China’s development? Does a more economically powerful China not mean history becomes less important? That old grudges and antagonisms recede?

As people, the Chinese in many ways still think like Confucians; as a state, China is still an authoritarian bureaucracy as it was before 1911. The question now is when and how it will move to the rule of law? Short term may not look good but medium to long surely this must happen? Which is why continued engagement is so important.

Throughout its history, China has, in many different ways, dealt with almost constant outbreaks of disease and epidemics. Responses have ranged from denial (such as the cerebrospinal meningitis epidemic in the 1960s) to international collaboration to solve the problem (such as the pneumonic plague in northern China in 1910). How does China’s reaction to Covid-19 fit into a history of epidemic responses?

The Party acted according to its DNA: initial denial and cover-up at a local and then central level, then they were shocked by the rage of the people. News of the death of Dr Li Wenliang in Wuhan had 1.5 billion hits on the Weibo platform in 24 hours. But then the centralised government responded in a big way and seemingly successfully. In general, the Chinese government in this new assertive ‘Wolf Warrior’ phase is caught between their DNA as a Leninist organisation and the internationalism to which they also aspire – and without which we are all sunk?

China’s history is clearly one broken into chapters of rising and falling dynasties. Are there any common factors that lead to the demise of one dynasty, or system, in favour of another?

In the West, it’s been said, history is the story of the rise and decline of many different civilisations; in China history is a cycle of the rise and decline, and then rise again, of one civilisation. China broke apart many times, and there was no guarantee that it would be reunited – China could have ended up like Europe, with many states. But the sense of unity among intellectuals and the governing classes proved stronger. Generally, the demise of a dynasty came with the failure of governance, justice, and the ability to maintain order and protect and feed the people. Hence the central myth of rulership in ancient China: the Mandate of Heaven.

If the government is good the Mandate is prolonged, if virtue is lost then the Mandate is seen to have been withdrawn. That’s a metaphor of course, but nonetheless a useful one. And if the CCP is yet another dynasty, the moot question is whether they can still hold the Mandate, or whether corruption, the failure of the rule of law, the attacks on freedom, stack up in the eyes of the people – even though most people just want to get on with life and broadly have been prepared to go with the project for the last 40 years, so long as it delivers growth, stability and security. The Party just celebrated its centenary and has set its eyes on 2049. If they get to that you’d say the dynasty is established. But will they?

You cite a remarkable British Naval Intelligence account of China’s future written around the time of the Second World War, the Civil War, and its aftermath. In the report, the authors chose to highlight not disorder or authoritarianism, but the deep enduring characteristics of the Chinese world view. What were these and do you think they still stand?

It’s a fascinating text produced during the Japanese invasion, a time of violence and war when the breakup of the country seemed possible. And yet it stresses the deep resilience of China, its cultural resources, the core sense of justice and fairness handed down from the ancient philosophers, and the future role of the educated middle classes and intelligentsia. They saw a country of amazing potential… ‘a new and even greater China’.  Of course, they could not have foreseen what lay ahead. You might think those dreams were defeated after 1949. But the intelligentsia is still there: well-read, highly-educated, internationalist in their perspectives, but still passionately committed to the traditional culture.

The key thing was that the authors of the 1944 report understood that Chinese civilisation was essentially a moral order. Mao of course deliberately wanted to break allegiance to that past but he didn’t succeed. When today critics inside the Party criticise it for being a ‘zombie’ party, they mean it has no moral centre. When the powerful Central Commission for Discipline (who run the anti-corruption campaign) discussed our Du Fu film recently online, asking why it had affected people so much, they pinpointed values.

The admitted the anti-corruption campaign had failed because the Party cadres had not internalised the key Confucian values of virtue, benevolence, kindness and public spiritedness, that Du Fu showed. But Du Fu was also, of course, a critic of state incompetence and corruption and his words have lost none of their power and relevance. As many great thinkers in Chinese history would have agreed, free speech and the rule of law are the first essential steps.

The Story of China: A Portrait of a Civilisation and Its People (Simon & Schuster), is published this September.