Following the huge success of Peppa Pig in China, British preschool cartoon Everything’s Rosie hopes to emulate its achievements as it enters the market a decade after launching on CBeebies

Getting a children’s TV show to air in China is the dream of almost all major Western children’s TV companies, but so far few have found a way in. Given its market size and the potential upside in terms of marketing and retail, China is an appealing market for many UK entertainment brands, says Tom Simpson, MD of China operations and chief China representative at the China-Britain Business Council. Peppa Pig has become such a big hit in China, that it has transformed the finances of its parent company and done no end of good for Britain’s soft power.

Now UK-based V&S Entertainment’s preschool cartoon Everything’s Rosie has the chance to appear in front of 120 million preschool children across the country following its deal with Chinese state broadcaster CCTV.

The cartoon first made its debut on UK broadcaster CBeebies in 2010 and follows a girl on a series of adventures that help her to learn important values and life lessons.

A broadcast deal has been agreed, with the assistance of CBBC, to license 104 episodes of the show, and is currently being dubbed into Mandarin at VSI Studios in London ahead of the launch on CCTV-14 in China.

Co-produced by V&S Entertainment and JCC, part of Al-Jazeera Children’s Channel, the series has already aired in more than 170 countries, including RTVE in Spain, Canal Panda in Portugal and SRC in Canada.

“As China’s largest children’s TV broadcaster, working with CCTV-14 was an obvious choice for us, enabling millions of Chinese children to experience the joy of Everything’s Rosie,” says Vickie Corner, MD at V&S Entertainment.

“The series was developed in conjunction with leading educationalist Brian Neish, meaning it naturally complements the high regard in which education is held in China. We believe Everything’s Rosie will make an ideal English-language companion for China’s preschool market,” says Corner.

A delightful consequence of this social play is the depth and range of additional learning children can take away from every episode, including learning about nature, new language and starting points for their own play at home

“As both entertainment and educational content, Everything’s Rosie is well suited to benefit from the significant demographic and consumer spending changes brought on by the end of China’s one-child policy. The China-Britain Business Council is proud to work with innovative UK companies like V&S Entertainment and assist in overcoming the challenges inherent to such a dynamic and fast-moving market.”

Brian Neish, an educational consultant for children’s television, says “Everything’s Rosie presents preschool-aged children with the best ideals connected with friendship, togetherness, fun and positive social interaction. This is exemplified by the high quality of imaginative play modelled by all its characters, and the way they interact as a group to make things happen with a child-centred emphasis. 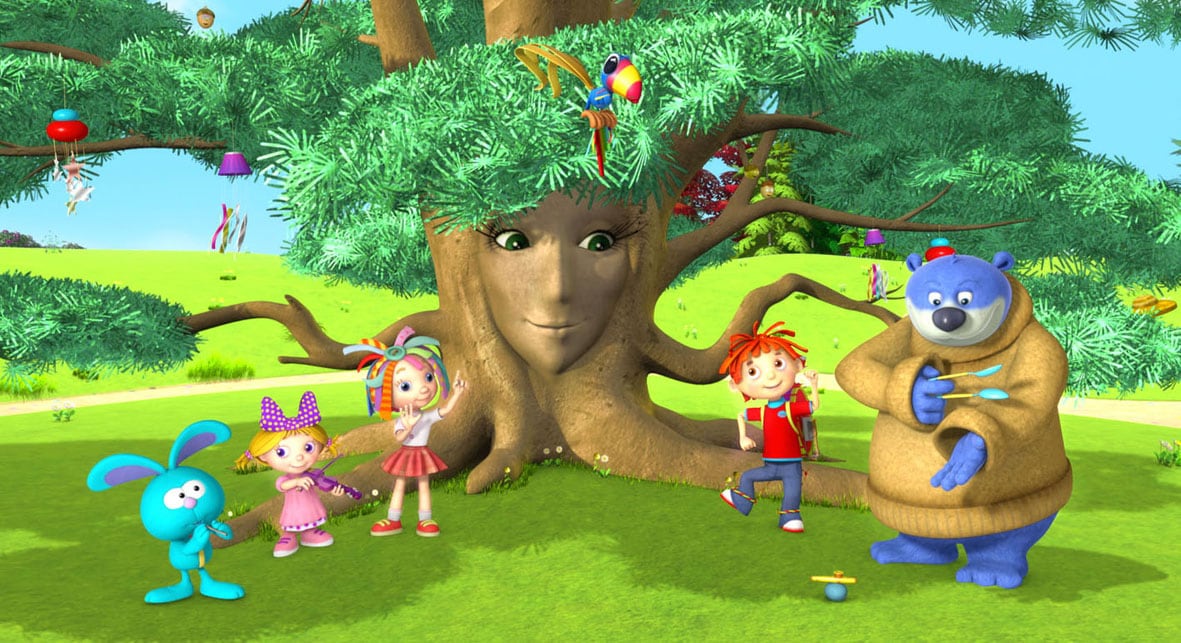 “A delightful consequence of this social play is the depth and range of additional learning children can take away from every episode, including learning about nature, new language, soft science and starting points for their own play at home,” he says.

The deal between V&S Entertainment and CCTV highlights the truly long game many children’s TV producers can play when it comes to sustaining the lifespan of their IP.

Many of the high-end dramas for adults that debuted a decade ago will now be gathering dust in the cavernous libraries of various streaming services. But the shelf life of animated series for preschoolers are famously lengthy, meaning a show that launched in 2010 can still gain traction when it launches in a new territory.

V&S Entertainment has set up a dedicated office in Beijing to broaden the IP’s exposure to facilitate publishing, broadcast and licensing opportunities with various platforms in the region, according to Corner.  V&S Entertainment will certainly be hoping everything will be rosy for them once their IP makes its way into China, and based on past experience, it may well be.