Home Technology Where do the UK and China sit in the quantum computing ‘Space Race’?
Technology

Where do the UK and China sit in the quantum computing ‘Space Race’? 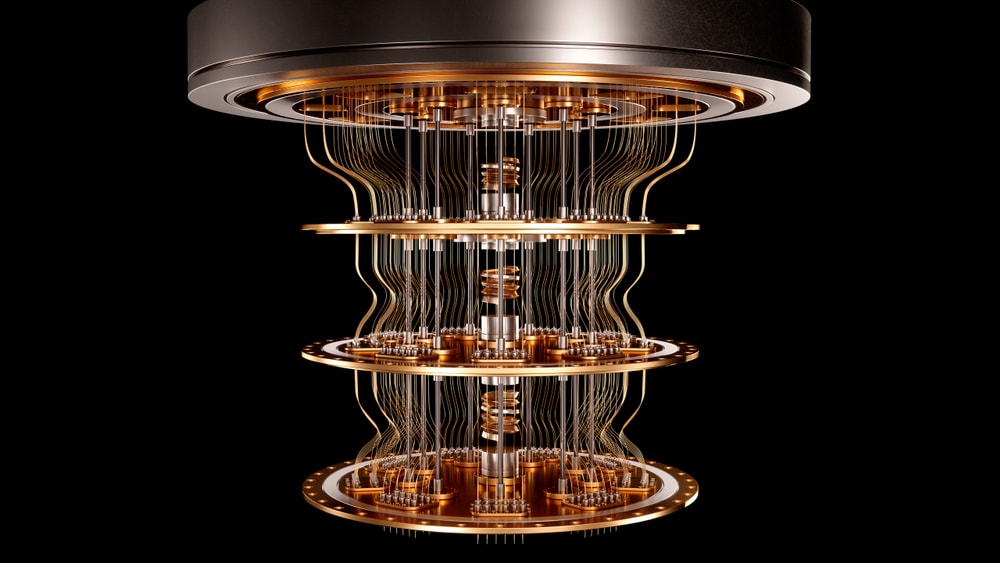 Quantum computing is one of the most anticipated yet least understood technologies of our time, but it could transform all aspects of life and give humanity the power to fight climate change and cure cancer, say scientists. Charlotte Middlehurst finds out more

Quantum computing refers to the next stage of computer processing where machines can carry out vast and complex calculations at unfathomable speeds.

As the quantum era dawns, the real-world benefits still seem intangible. Who needs quantum computing and, as global leaders in this field, what role do the UK and China have to play?

Quantum mechanics has passed a few milestones recently. In 2019, Google announced it had achieved the long-awaited feat of quantum supremacy – when a quantum computer performs a calculation far beyond the reach of current machines.

Its 54-qubit Sycamore processor was able to perform a calculation in 200 seconds that would take the world’s then most powerful supercomputer 10,000 years to complete. Though this was challenged by IBM, who countered it would take their machine 2.5 days not thousands of years. Still, Google’s CEO Sundar Pichai declared it “the ‘hello world’ moment we’ve been waiting for.”

Since then, other nations including Germany, the US and India, have expressed their strategic intent in a quantum future with pledges worth billions of dollars.

Despite these era-defining breakthroughs, commercialisation of this computing firepower remains elusive. As Rupesh Srivastava, one of the UK’s leading QC experts interviewed by FOCUS, puts it: “the application of quantum computing is barely in existence.” But that is changing.  A growing number of experts such as Dr Srivastava predict this inflection point could occur as soon as a few years away.

“We are in the acorn stage and we are fast establishing roots,” says Dr Srivastava. “We want this to be grounded in the UK. And for the UK leadership position to be maintained and accelerated… It is a generational task.”

What are quantum computers?

Unlike classical computers, whose bits (a binary digit and the smallest increment of data on a computer) are either ones or zeros, quantum computing relies on the behaviour of quantum bits, or qubits, which can be in both states at the same time, creating the potential to perform calculations currently considered intractable

This advanced processing capability allows machines to process data at a mind-boggling pace. The existence of high quality simulations is expected to give rise to new sectors, like personalised medicine tuned to individual DNA; or the creation of drugs without side effects, say scientists at Oxford University. As well as help tackle more familiar problems such as climate change and plastic pollution.

The existence of high quality simulations is expected to give rise to new sectors, like personalised medicine tuned to individual DNA; or the creation of drugs without side effects

“Everybody,” says Dr Srivastava from the Quantum Computing & Simulation Hub led by Oxford University. “But it’s more complicated than that.” He says that quantum computing will essentially remove the limitations that hold back progress in a plethora of fields, from electric vehicles to logistics.

Some sectors stand to gain economically more than others: notably finance, energy, and pharmaceuticals. A recent Boston Consulting Group report projected the global quantum industry to reach £4 billion by 2024 in this nascent phase.

Another is the space sector. In the UK, technology company Honeywell has partnered with the aerospace and defence industry to develop new aircraft materials. Quantum mechanics could help solve problems such as how to track and avoid space debris, or navigate constellations of satellites, say experts.

The financial services industry’s use of quantum computing for portfolio optimisation is one of the earliest proven test cases. In the US, firms are already developing algorithms for pricing derivatives, analysing risk and calculating more accurate default probabilities.

“The US stock and bond markets alone are capitalised at more than $70 trillion. In markets this large, creating new algorithms… can have a massive and widespread impact on the long-term success of global financial institutions and their customers,” write researchers at IBM.

Countries with a quantum advantage will gain a “super power capability”, says Dr Srivastava leading many to accelerate their investments in the technology, which has led commentators to make comparisons with the 20th-century space race that was also dominated by richer nations 70 years ago.

Currently, China and the UK are among the nations leading global efforts to scale up the production of quantum software and hardware. But others are piling in. In August, the US government invested $1 billion for research into advanced technologies, including quantum computers and artificial intelligence. Around the same time, German chancellor Angela Merkel announced a 2 billion Euro innovation programme for quantum technology. President Emmanuel Macron in France has pledged 1.8 billion Euros over five years. India and Canada are also stumping up cash.

The UK has shown international leadership by having one of the first national quantum programmes. In 2013, £270 million of funding was announced in the autumn budget. “That took the world completely by surprise,” says Dr Srivastava. He adds that many visitors have since come from America and Europe to learn from the British model: “The programme is much emulated”.

In December, China announced it too had achieved quantum supremacy in the journal Science. A system called Jiuzhang produced results in minutes, calculated to take more than 2 billion years of effort by the world’s third-most-powerful supercomputer. The technology, based at the University of Science and Technology of China, in Hefei, was different from Google’s in that it used particles of light. Chinese tech giant Tencent has also invested heavily and Alibaba Quantum Laboratory, launched in 2015, is already famous.

But quantum technology also poses a threat to society. Tim Callan, a senior fellow at cybersecurity firm Sectigo, has warned of a so-called “quantum apocalypse”, the chaos created when such colossal computing power falls into the wrong hands. Specifically, this capability would make breaking encryption codes easy. From WhatsApp to online banking transactions, virtually all digital records could be compromised by cybercriminals.

A fellow at cybersecurity firm Sectigo, has warned of a so-called “quantum apocalypse”, the chaos created when such colossal computing power falls into the wrong hands

How long before we are “quantum ready”?

So when do experts predict its impacts on our everyday lives will begin to be felt?

“I would be very surprised if we didn’t see some kind of quantum value for business and industry within the next three to five years. Back in 2016, the prevalent view was we wouldn’t have quantum computing for another ten years. Then IBM came out with their quantum experience, a quantum processor, which anyone can use. With an aggressive roadmap for 1000 qubits by 2023,” says Dr Srivastava.

“We have the know-how, we just need the hardware to scale it. We are waiting for the hardware to come to a certain threshold in terms of the number of qubits, connectivity and error level.”

“If you are watching developments and trying to ascertain are we nearly there yet the message is simple: get in there now.”

Wholesale distributor Jacob’s Well explain how to succeed in China