Can British movies compete with Hollywood in China?

Can James Bond and Paddington beat out Marvel et al? Might Hollywood’s current fractious relationship with China be a chance for British movies to grab more screen time? And if it is, how can other industries cash in? Paul French speaks to author Erich Schwartzel to find out

It’s no secret that Hollywood’s romance with China is over. Despite trying to find the Secret Sauce recipe for success at the Chinese box office – more Chinese characters, co-productions, animation of Chinese classics – nothing has worked. Quotas, censors, ever-outraged nationalistic social media, actor gaffs and a collapse in the US-China trading relationship. Hollywood doesn’t know where to go next with China, so, Wall Street Journal Los Angeles bureau correspondent Erich Schwartzel’s new book, Red Carpet: Hollywood, China, and the Global Battle for Cultural Supremacy (Penguin) has been this year’s must-read book in Tinseltown.

But what about the rest of us? Are there any lessons to be learnt from Hollywood’s crash-and-burn in China? How have UK and European movies fared by comparison? Do we have franchises that can compete with Marvel and The Fast and the Furious? Can we beat US animation supported by their Mainland theme parks? And, perhaps, is China’s problem with Hollywood in fact our opportunity to grab more screen time? Paul French spoke with Erich Schwartzel in LA and asked him to briefly turn his focus from the US to the UK…

Your book focuses on Hollywood’s chasing and courting of China, but UK and European movie producers and studios also constantly talk China. Would you say the UK/European approach has been less “full throttle” and maybe met with a different reception in Beijing?

American movies have been the dominant force when it comes to films imported into China, but I think that has more to do with the kinds of films Hollywood makes than the country behind them. As China’s box office grew, its audiences wanted to see the types of movies they couldn’t find anywhere else, and to a large extent, the big-budget blockbusters are still the domain of Hollywood. So, while there is the occasional European import that gains popularity in China, I would suspect that many of the themes and approaches of those films scratch an itch that Chinese viewers see in their domestic films and TV shows. Hollywood also has a decades-old tradition of shipping its movies overseas, one rooted in the days of World War II, when the bombing in Europe allowed America to catch up to the European film capitals and establish a global footprint they were denied.

Read Also
When was the first British Airways flight to China?

Do you think the Chinese censors and regulators have a different view of UK/European film than Hollywood due to the somewhat different overall states of the respective relationships? In short, is European investment/screen access to China as highly politicised as American?

The movie screen in China is absolutely reflective of the political alliances and attitudes held by the Chinese Communist Party off-screen. Watch which coproduction treaties form or what country’s movies are permitted to play in China, and you can see where China is trying to deepen ties. This is true across Europe, where obviously some countries have warmer relations with China than others. Overall, I’d argue that the relationship is less politicised than the US-China relationship. During the Trump administration, it could feel like screen access loosened and tightened by the day, depending on where things stood between the two countries. 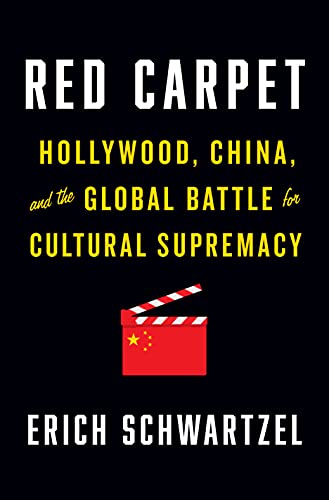 When it comes to franchises, America has done well – The Fast & The Furious, Marvel etc – but they’re not without constant political niggles. UK franchises tend to be a bit different – Paddington, Wallace and Gromit… Are we just in an area China is more comfortable with? And, as an added extra, I must ask, as this is the China-Britain Business Council – how is Beijing coping with Bond?

I think this is a corollary to the first answer. The franchises that do well in China tend to do well because very few other countries make those kinds of movies. Sure, the UK franchises may tend to be more family-friendly, which never hurts when it comes to getting approved by the Chinese censors. But even family films can be caught in CCP crosshairs! In 2018, Disney made a live-action movie called Christopher Robin, about the lovable bear Winnie the Pooh. Executives there didn’t know, though, that Xi Jinping is called “Pooh” by online commentators who want to criticise the president without mentioning him directly (it is not meant to be a flattering nickname). The movie was rejected by censors.

Bond has an interesting history in China. The recent movies there have done pretty well at the box office, though they suffer from the same problem Star Wars does: There is little nostalgia for a character that global audiences were coming to know during the Cultural Revolution when much of China was shut off from all Western media influence. One of my favourite details in my book comes courtesy of 007. In the 2012 movie Skyfall, there’s a scene in which Bond breaks into a Chinese skyscraper and shoots and kills a security guard (as Bond does). It was cut from the film at the request of Chinese censors, who did not want a moment on screen where China looked weak.

Do UK/European stars have a better relationship with China? They seem less contentious and are less required by their home audiences to make statements about the country.

There’s no question that American stars are held to a different standard in China because of the home country they are representing when they travel there, promote their films, or try and court Chinese fans. This is why the Fast & Furious actor John Cena had to tape an apology last year when he implied in an interview that Taiwan was its own country. Not doing so risked getting his movies banned in the country – a move that would have made him radioactive to studios and impossible to hire. I also wonder – though don’t know myself – if American stars have a longer lineage of threading politics into their celebrity in ways that create more tripwires in a place like China.

When it comes to film festivals, there has been a hunger in China since its earliest days in entertainment to be a player in global cinema – on its own terms. Remember the “Fifth Generation” Chinese movies like Farewell, My Concubine and Raise the Red Lantern – celebrated at festivals around the world but banned in their home countries. Over the next several years, I think we’ll see China continue to try and have its (sanctioned) movies break into glitzy festivals, or host more itself so those A-listers come to them, rather than the other way around.

Can we perhaps see this current period as the UK/European film industry’s potential moment? The ongoing trade war with America continues to affect Hollywood and maybe Europe is more friendly, not just in geopolitical terms, but in that it can also give China a higher profile at the Cannes, London or Venice festivals than the Oscars currently do?

There is certainly an opening in the Chinese box office for non-American imported films. Major American releases like Spider-Man: No Way Home and Shang-Chi and the Legend of the Ten Rings were not released in China last year. Though no one knows why, tensions between the two countries certainly don’t help. And Chinese audiences, well-versed in watching foreign entertainment, are also receptive to non-US imports from Europe as well as India and South Asian countries. Because the government programmes the Chinese multiplex, the movies available to watch will inherently reflect those friendlier ties. Do you want to be the CCP bureaucrat who lets in a movie from a country your leaders are at odds with?

When it comes to acclaim, though, China still has a way to go. The country’s filmmakers have certainly cracked the commercial code – it’s not uncommon for Chinese movies to collect more than $500 million at the box office. Acclaim has been tougher, which raises all sorts of questions about what kind of quality storytelling is possible in a censored infrastructure. To wit, look at the movies that China submits as nominee for the Oscars each year. Chances are it’s a commercial propaganda movie – the equivalent of hoping the Academy gives a top prize to Rambo. Certainly, there are brilliant and beautiful Chinese movies being made today, but it seems as though the country’s leaders still want audiences there and elsewhere to watch the films that make China look strong – and just as commercial as everyone else.

What does the National Security Investment Act mean for British businesses in China?

Pension reform in China and the role of private insurance