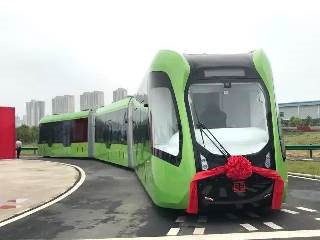 Heavy investment in high-speed rail has been well publicised but autonomous rail transit will be the future of urban railways, writes Mark Xu

Over the past decade, China has been investing heavily in its high-speed rail industry. The CBBC has followed this sector closely, both within China, as well as the ever-growing international market – including countries across Africa. Rail is one of the 10 priority sectors under China’s Made in China 2025 (MIC 2025) national strategy (to find out more about this strategy see CBBC’s report on MIC 2025 here). However, at present, it is not only the high-speed rail industry that is grabbing the headlines.

On 2 June 2017, an entirely new type of intelligent urban transportation was launched in the city of Zhuzhou which is located in China’s southern province of Hunan. The name of this type of transportation is Autonomous Rail Transit (ART), also known as Smart Rail. It has been developed by the CSR (China Southern Rail) Zhuzhou Institute Co Ltd, a subsidiary of Chinese rail giant CRRC (China Railway Rollingstock Corporation).

CRRC began designing the ART system back in 2013 and the vehicle is a combination of a modern electric tram and a conventional bus, providing urban passengers with a whole new experience when it comes to public transportation. Compared with the high costs of building dedicated rail routes within cities, ART’s advantage is that it can transport large numbers of passengers; it requires minimal infrastructure investment and it is able to manoeuvre through traffic like a bus. Rather than having a physical track, ART utilises a technology known as a “virtual track control system” so that the vehicle runs along a virtual track. This virtual track can be adjusted according to the road conditions and the surrounding traffic.

The typical three carriage vehicle is 30-metres-long and can hold up to 300 passengers. The vehicle can be adapted to include an additional two carriages and therefore allow for an extra 200 passengers during peak hours. Due to its flexibility, ART can be an alternative to a metro system in first-tier cities, or can act as the main form of transportation in second-tier and third-tier cities. 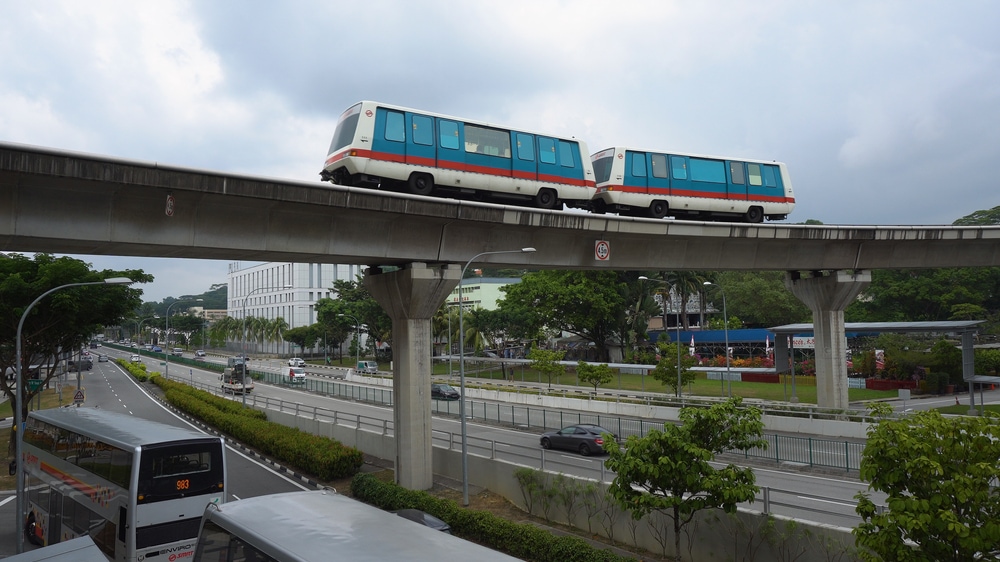 Similar to other modern rail and mass transit vehicles, ART’s operational top speed is set at 70 km/h. However, as it does not rely on physical rails, the completion time of a route is less than a year, vastly improving the lead-time from concept to completion.

Currently, each kilometre of China’s underground metro system costs between RMB 400-700 million to build, in comparison to RMB 150-200 million for a conventional tram. As ART requires only simple modifications to existing roads, the total investment is only one-fifth of that of a similar route for a conventional tram system. In other words, compared with a 10-kilometre tram route, ART could reduce capital investment by at least one billion RMB on a typical set of routes.

Under the current schedule, a 6.5km route in Zhuzhou is expected by the middle of 2018, and it is hoped ART will gradually improve the public transport system within the city. If the pilot project goes well, this new form of transport will not only spread to other cities in China but also around the world. So far, ART has already attracted interest from the Middle-East, the UK, and Canada. If ART comes to the UK, there will be opportunities for British businesses in areas including infrastructure development, after sales services and the relevant supply chain for components.

However, even though autonomous vehicles are being tipped as the future of transportation, they are not yet allowed on China’s public roads. Only last month, Robin Li, the head of Chinese online search engine giant Baidu, was investigated after riding in one of the firm’s driverless vehicles on a Beijing ring road. The regulation of autonomous public transportation is still being discussed at the top levels of government, as handling control of vehicles to artificial intelligence technologies still possess unknown safety and security challenges.

Products and equipment made in China traditionally have a poor reputation associated with low-cost manufacturing, as well as intellectual property issues. However, ART, along with the high-speed train, is proving that China is taking innovation seriously and is determined to follow the Made-in-China 2025 initiative and move up the value chain.

For more information on the rail and mass transit industry please contact the author, Mark Xu, sector lead for advanced manufacturing and transport at the China-Britain Business Council: mark.xu@cbbc.org.cn.

The sharing economy – from cars to bikes to rooms

Rise of the rapper: how the Chinese system co-opted rap