Home ConsumerCulture When was the first package holiday to China?
Culture

When was the first package holiday to China? 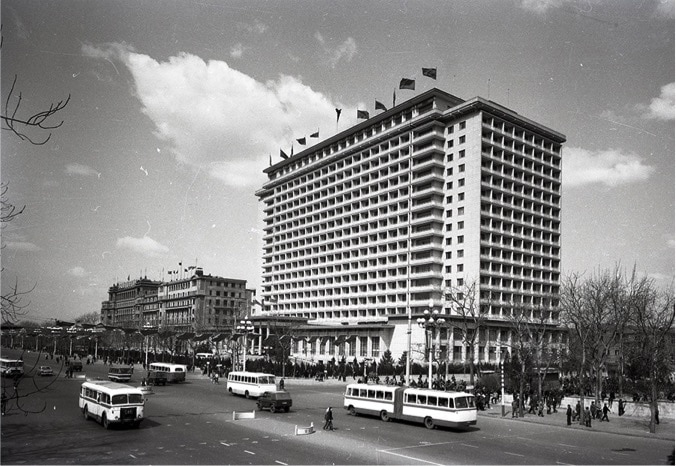 Perhaps the most astonishing news in the global travel industry in 1977 was the announcement by Thomson Holidays that they were launching package trips to China, writes Paul French. The story of how it came about is just as surprising. This is just one of the many key events that have taken place during the 50 years since the establishment of ambassadorial relations between China and the UK

Thomson’s all-inclusive tours, which included visits to Peking (as it was still referred to then), Shanghai and, intriguingly, ‘assorted communes’, were the first package holidays to China by a major British travel agency.  How the deal to operate the tours came about is an incredible story of British business determination.

Thomson Holidays, founded by Roy Thomson (later Lord Thomson of Fleet), a Canadian newspaper mogul, had been determinedly pushing East for a while. Already in the brochure were holidays to Moscow and Leningrad in 1972, followed by Mongolia and Siberia a couple of years later.

Thomsons’ package holidays director, Philip Morrell, wanted to start tours to China. He knew Lord Thomson had visited China in 1972 and met Premier Zhou Enlai, and so asked his boss for an introduction. But Thomson wasn’t interested in China at the time, instead concentrating his efforts on expanding his newspaper empire. Morrell decided to go ahead anyway and found a friendly Chinese chef in London’s Chinatown who wrote a letter to the Premier of China on his behalf requesting permission and dropping Thomson’s name. Amazingly, Zhou received the letter, replied and agreed, though all negotiations had to go through the Chinese Embassy in Bucharest. Morrell also reached a deal with TAROM, the Romanian airline, that had a weekly service from Bucharest to Peking, and the Thomson package holiday to China was born.

The first group arrived on November 1977, and we have a good idea of how it went because the author Penelope Fitzgerald booked herself on the tour and kept a diary. The price was £795 for 12-days – just over £4,000 today. There was a painstakingly detailed visa application to be filled out while vaccinations against smallpox and cholera were advised. Once her visa was approved, her arm jabbed, and the money paid, Fitzgerald describes flying with TAROM Airlines to Peking via Bucharest and Karachi. Fitzgerald recalled an overheated Beijing Hotel, blown lightbulbs everywhere, and a random group of English tourists who brought with them not only tea bags, sugar and milk, but their own Primus stove to heat water! 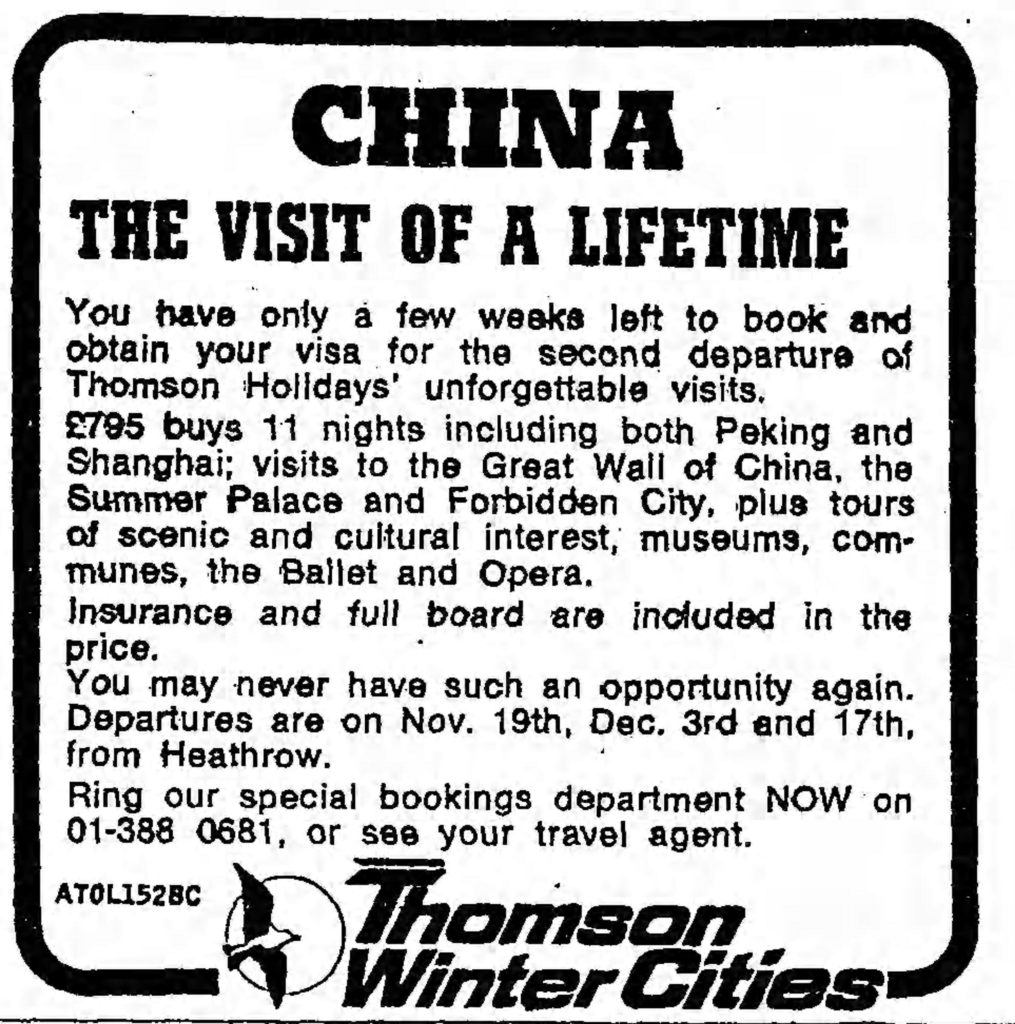 The tourists all purchased bargains at Friendship Stores, drank endless cups of thin green tea and saw pandas, the Forbidden City, the Temple of Heaven and a revolutionary ballet before being entertained by the Revolutionary Street Committee Kindergarten. In Shanghai, the group stayed in the rather run-down art-deco Broadway Mansions next to Suzhou Creek, endured more steam heating, and enjoyed a performance by children dressed up as turnips dancing to celebrate the success of agricultural collectivisation.

All in all, Fitzgerald enjoyed the trip and thought it good value-for-money – exchange rates worked in their favour. Their tour guide was flabbergasted by how many souvenirs they all bought.

Thomson Holidays had taken their first tour group to China. Many thousands have gone since.

China Consumer 2022: Why is China crazy for beauty samples?

What is the impact of Covid-19 on British businesses in China?