How to Prevent and Deal with Corruption in Your China Business

GSK was fined £350,000 for bribing doctors in China – here's how to make sure corruption isn't happening in your China business without your knowledge 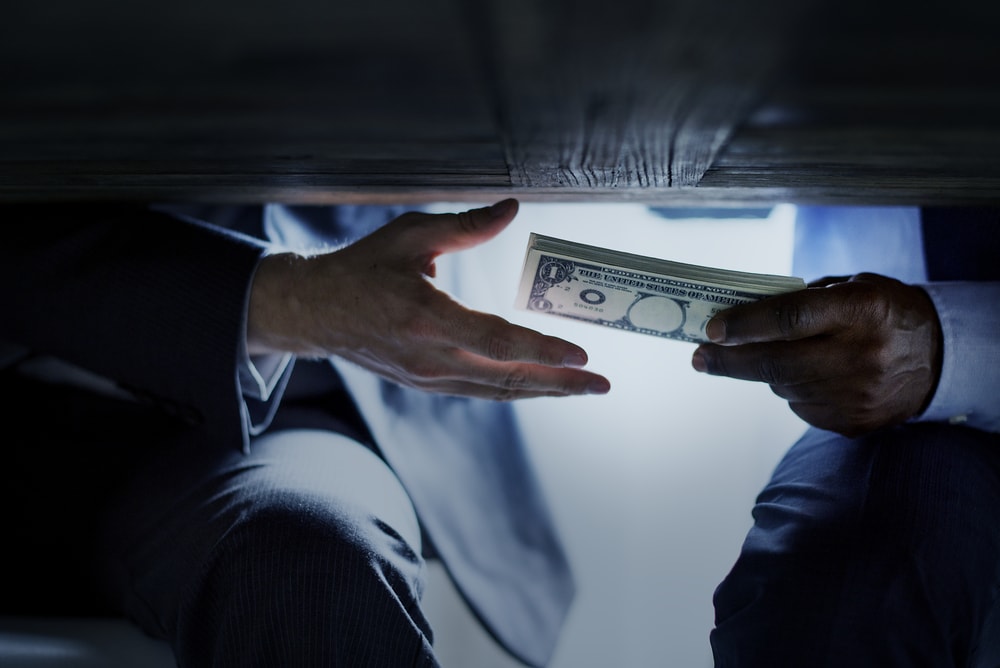 Foreign companies and multinationals in China can be vulnerable to internal corruption. Lapses in judgment or inadequate defence procedures may make them liable for crimes committed by employees

It is therefore imperative that all companies in China understand the types of behaviours that are illegal under China’s criminal and anti unfair competition laws. This article discusses China’s legislation on commercial corruption and offers advice on preventing acts of fraud, embezzlement and bribery in China-based businesses.

The number of corruption cases that are investigated in China has been rising ever since the launch of a concerted anti-corruption campaign, which has implicated officials of all levels. Although the anti-corruption campaign has focused mainly on state corruption and public officials, the campaign has also touched upon the private sector, including foreign companies and multinationals. The most high-profile bribery case involving a foreign MNC was the 2014 case in which the British pharmaceutical company GlaxoSmithKline (GSK) was fined RMB 3 billion (£350,000) for bribing doctors and hospitals to promote its products.

What are the most common types of commercial corruption in China?

Some of the most common types of corruption seen in commercial settings are those involving bribery authorised by senior management, which often involves gaining benefits that are in the interest of the company itself. This may involve bribery of clients or channel partners in exchange for services or products, including tangible and intangible favours, such as the promise of more orders, better promotional channels or increased website traffic.

Bribery committed by individual employees, meanwhile, is more commonly conducted for personal interest and can include acts of nepotism by people in sales, purchasing or management positions buying products or services from relatives or friends.

Read Also
Could your advertising in China be illegal?

The main pieces of legislation penalising commercial corruption in China are:

The Criminal Law penalises extortion and bribery of a public official, commercial bribery and embezzlement. This law states that foreigners who commit a crime against the State of China or a Chinese citizen outside of Chinese territory are still liable for punishment under criminal law, provided the crime is punishable by minimum fixed-term imprisonment.

Meanwhile, under the Anti Unfair Competition Law, commercial bribery is classified as an “act of unfair competition” and is punishable by law.

In 2018, China passed the Supervision Law and established a new government body, the CCDI, to act as an anti-corruption supervisory body over all levels of government. Notably, it also enables the CCDI to seek international cooperation to extradite individuals that are involved in corruption cases who may have left or fled China, or seize, freeze, or confiscate their overseas assets.

How to prevent corruption in your company

There are a few steps that companies can implement to reduce the risk of corruption among employees.

Code of conduct for hiring vendors
To prevent favouritism when hiring vendors, it is important to implement a code of conduct that employees must follow when searching and vetting potential suppliers. This may include formulating vendor selection procedures and implementing mechanisms for conducting background checks to ensure there is no conflict of interest in hiring them.

It is also advisable to delegate the responsibility of hiring vendors to several employees and implement a tiered approval procedure to avoid the decision being given to one sole employee. This will reduce the risk that one employee will seek to hire a certain vendor solely for personal benefit.

Management of company chops
Finally, it is also important to maintain firm management over the use of company chops to prevent their misuse. Company chops provide a strong legal basis in China and can be misappropriated by employees to sanction contracts, processes and more without the company’s knowledge.

It is also advisable to delegate the responsibility of managing and overseeing the use of the company chop to more than one employee to avoid giving too much power to one individual. Many foreign companies in China will often give the responsibility of managing the company chop to one employee, often the legal representative, which reduces the ability of the company to maintain independent oversight over how it is used and increases the risk of its misuse.

What to do if you discover corruption in your company

There are several steps that a company should take in the event that an act of embezzlement, fraud or bribery is discovered, depending on the type and severity of the violation.

The first step is to initiate an independent investigation of the incident, carried out either by an internal audit and compliance team or by a third-party company.

Depending on the outcome of the investigation, the company can then decide how to proceed, which may include actions such as:

Note that reporting a case of internal corruption to the police is an unlikely step to take in practice as it runs the risk of jeopardising the company’s reputation and may implicate the company itself for legal liability. This step is usually only necessary if the company is required to defend itself legally in cases where its reputation or credibility is at stake.

In addition, although it is illegal under Chinese law, it is fairly unusual for the police to investigate cases of commercial corruption by individuals. Exceptions are usually made in cases where the activity causes harm to consumers, the State, or other stakeholders, or the scope of the illegal activity is particularly large or egregious.

A version of this article was first published as ‘How to prevent and deal with corruption in your China business’ by Dezan Shira & Associates’ China Briefing.

What is China doing to Encourage Foreign Investment in 2023?

Could your advertising in China be...

Could your advertising in China be illegal?