Home NewsCoronavirus Will China’s promotion of TCM keep people healthy in a crisis?
CoronavirusFood and DrinkHealthcareNews

Will China’s promotion of TCM keep people healthy in a crisis? 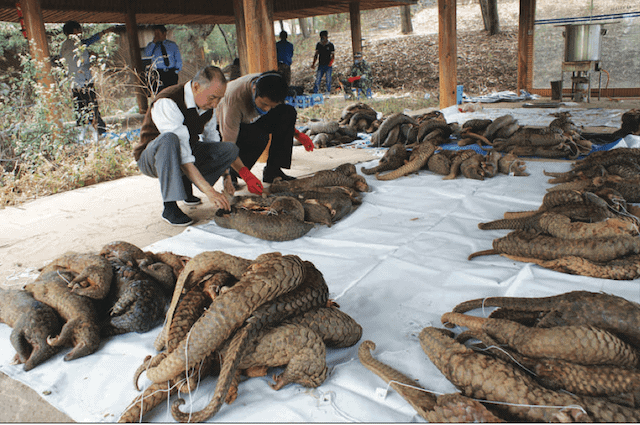 Strong governmental promotion of Traditional Chinese Medicine might be good for the Chinese economy but not for its people, writes Tom Pattinson

Since 2016, China has been heavily promoting Traditional Chinese Medicine (TCM) as an alternative to expensive Western drugs. The State Council has a national strategy that promised “universal access” to TCM by 2020 and a “booming industry” by 2030.

The TCM industry is becoming a “new source of growth” for China’s economy, said a white paper released in 2017. Shortly after this announcement, a law came into effect that requires local governments to open TCM departments in all general hospitals, and to give “equal emphasis” to TCM and Western medicine.

As well as providing universal TCM care domestically, the strategy aims to attract more TCM tourism to China and grow the £40 billion industry. Currently, tens of thousands of tourists flock to China for treatment, and China plans to create 15 TCM model zones for medical tourism by the end of the year.

China plans to create 15 TCM model zones for medical tourism by the end of the year.

TCM centres are also springing up internationally, with 30 expected to open outside of China by the end of the year, aided in promotion by various Confucius Institutes. And it works too. TCM sales in Belt and Road countries rose 54% in the first year after the campaign was announced in 2016.

TCM has been a part of Chinese culture for centuries. Often prescribed as a mix of herbs and powders, many recipes are taken from the 16th-century book ‘Compendium of Materia Medica’ by herbalist Li Shizhen.

In 1911, China’s new leaders spurned TCM as superstition and mysticism, but it gained mainstream support when Mao Zedong said that it could also help under-served populations. “Even though I believe we should promote Chinese medicine, I personally do not believe in it,” he once told his personal physician.

Whilst the promotion of healthy eating and regular exercises that TCM theory supports is universally agreed to be a sensible lifestyle choice, the concept of qi – an energy system running along meridians of the body – has caused many to label it as mysticism.

The unregulated nature of TCM products means that some ingredients cause damage to ecosystems and to wildlife that is hunted for its bones, scales and horns; and also, to the patients themselves. Birthwort, a common ingredient in TCM for example, contains aristolochic acid, that has been proven to cause bladder cancer.

Ingredients derived from endangered animals such as bears, rhinos and tigers are also commonly found in TCM, and lead to the often-illegal international trade in such prohibited items.

Furthermore, a lack of regulation leads to “absolutely no honesty in the labelling of these products,” said Mike Bunce, a geneticist at Murdoch University who carried out tests on a number of TCM products seized by Australian Customs. “What they declare is completely at odds with what’s in there.”

A lack of regulation leads to “absolutely no honesty in the labelling of these products,” said Mike Bunce, a geneticist at Murdoch University

Yet exports of TCM products to western countries are on the rise, because the risks are often downplayed by strong lobbying groups. Not only has China rolled back domestic regulations on TCM, but the World Health Organisation will also officially recognise TCM for the first time this year, including TCM references in its new International Classification of Diseases (ICD) compendium.

Illnesses such as Spleen Qi Deficiency or Liver Qi Stagnation will be recognised by the WHO as official illnesses. This might have something to do with TCM proponent Margaret Chan, who was head of the WHO between 2006 and 2017. The current virus has brought TCM back into the spotlight. One leading theory is that the virus spread via the pangolin, whose scales are roasted and ground into a powder as a TCM treatment for dry skin.

It is too early to tell the exact causes of the virus, but the consumption of wild animals is likely to have been instrumental in its jump from animal to human. If the disease is to be stopped, then TCM alone won’t be enough. Sensible healthcare and education are, however, completely essential.

Alibaba uses its technological clout to support businesses during COVID-19