Where historical treasures are to be found tells us more about today’s geopolitics than yesterday’s history, writes Tom Pattinson

The first heist was in 2010. A small group broke into the China Pavilion at Stockholm’s Drottningholm Palace before making off on motorbikes, which they ditched in a nearby lake, before zipping off into the night on speedboat. All in under six minutes.

A month later, thieves descended Mission Impossible-style from the glass ceiling of Norway’s KODE Museum, taking 56 items from the China Collection. Raids on the Oriental Museum at Durham University, and also at Cambridge University were carried out in similar fashion before the KODE was hit once more. And in 2015 a seven-minute raid on the Château de Fontainebleau’s grand Chinese Museum saw 22 of the museum’s most valuable items being taken. 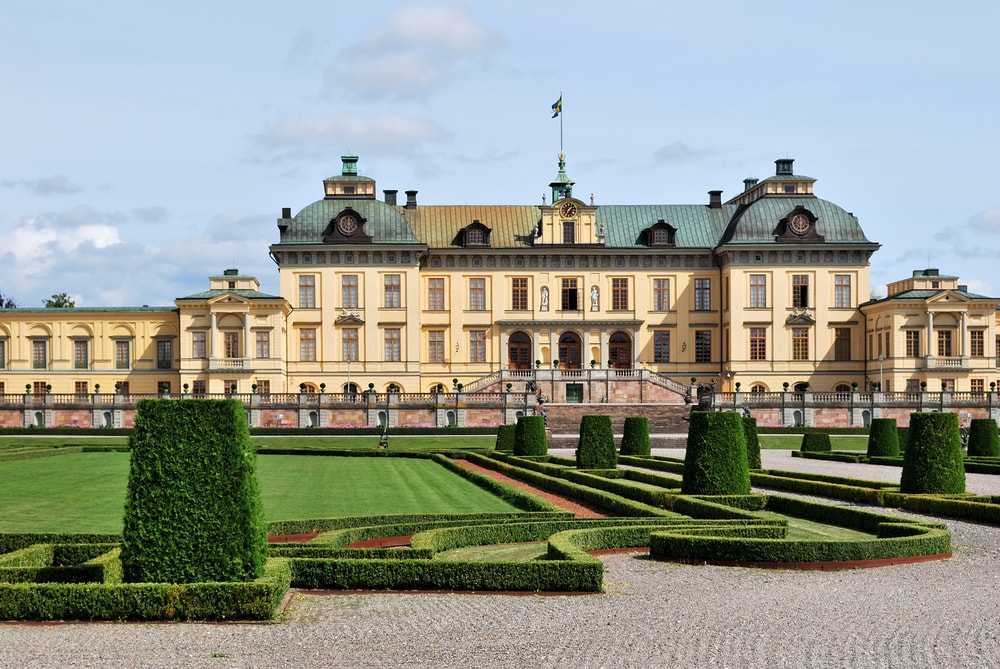 Stockholm’s Drottningholm Palace – the site of one of the raids

According to a recent article in GQ magazine, these heists are continuing to take place across Europe and all share a striking resemblance. The daring raids are highly professional and they seem to be stealing Chinese antiquities to order. The article questions who might be behind these raids and highlights various well-heeled and well-connected Chinese tycoons, state-owned enterprises and government bodies. One of which is China Poly Group – a state-owned behemoth – who in 2009 launched a programme to discover and recover lost Chinese art around the same time as the government dispatched a “treasure hunting team” to return national treasures that were taken illegally from China.

A huge number of artefacts were taken illegally during China’s century of humiliation, with the October 1860 looting of the Old Summer Palace being regarded as the pinnacle of this.

Ceramics, silks, scrolls and bronzes were illegally looted with many ending up in private collections and museums around the world. However, despite the way in which this story is normally told, not all Chinese antiques were acquired illegally. A vast array of items were also sold to visiting scholars, academics and traders by Chinese dealers. Chinese collectors are today re-acquiring these items via auction (or, if GQ is to be believed, by more nefarious methods) in a bid to repatriate these historical artefacts, regain what is rightfully theirs and restore China’s pride.

The most infamous of the looted Summer Palace items are the 12 bronze animal heads – each depicting an animal of the Chinese zodiac – that used to adorn a water fountain clock.

Whilst the whereabouts of five of the 12 heads is still unknown, the remaining seven have returned to China. But not without something of a fuss. When two of the heads went on sale at Christies in 2013, Chinese buyers scuppered the auction, and Christies’ owner, François Pinault ended up donating the heads to China, arguably for greater access to the China market.

“The heads represent our feelings for the entire nation; we love them and we weep for them,” Jiang Yingchun, the CEO of Poly Culture, told GQ. “We can try many ways to get the heads back… We can’t ignore that the art was taken illegally,” he said.

The bronze heads might have been taken illegally but (the GQ article fails to mention) they certainly weren’t always regarded as Chinese treasures. In fact, they weren’t even Chinese. An Italian Jesuit priest turned artist, Guiseppe Castiglioni, along with Italian engineer Michel Benoist created the bronze head fountain clock from which the heads came in the 1760s.

Regardless of the physical value or historical importance of any individual item though, today it is the cultural capital imbibed on these long-forgotten, rusting and ancient Italian made bronzes that show the shift in geopolitics.

In the mid 18th century, as China’s strong and powerful Emperor Qianlong held the throne, European suitors flocked to bestow gifts upon him (such as bronze animal heads). As the European empires waxed and the Chinese dynasties waned in the 19th century, many treasures moved west. And now, as China’s global power once again rises, those very same treasures move back east as people aim to ingratiate themselves with the power holders.

Geopolitics and the shift of power can sometimes be hard to read but sometimes the ebb and flow of a physical object can be a good barometer of who wields the stick of influence at any time in history.