Yonina Chan, general manager of Krav Maga Global, on kicking butt in the self defence sector 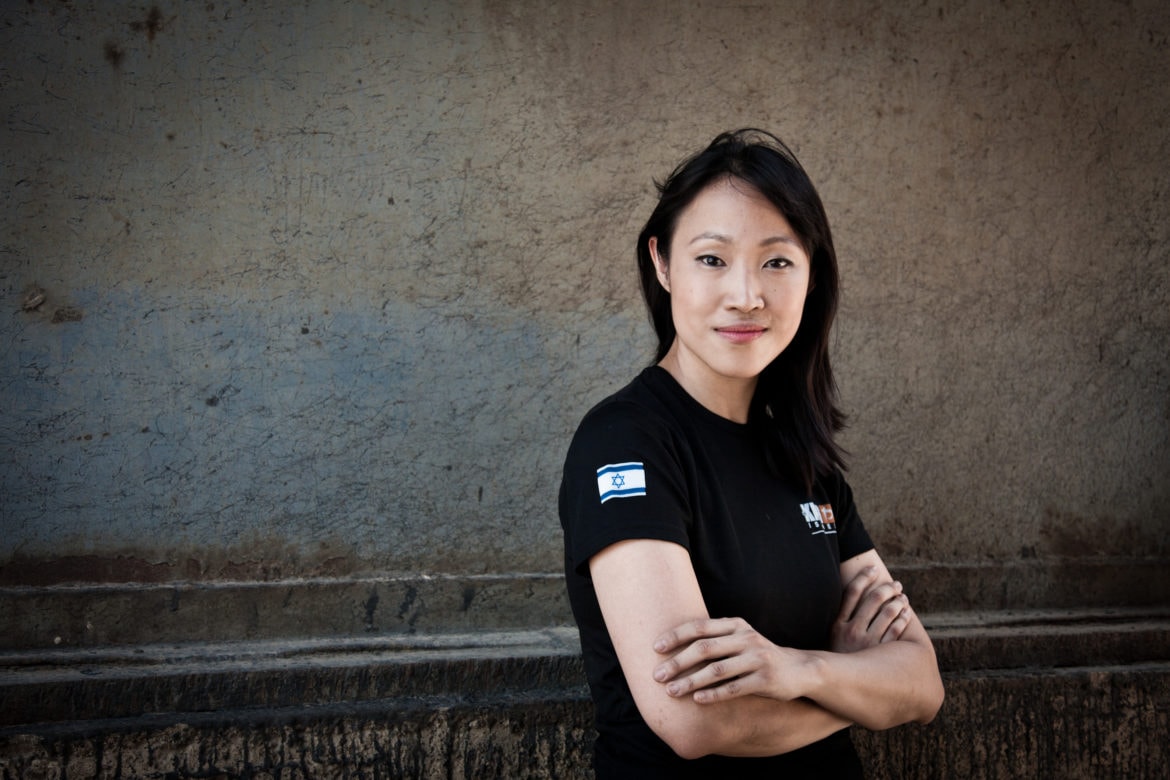 Yonina Chan is the general manager and women’s division head of self-defence at Krav Maga Global in China. Here she tells Judith Mwai about her martial arts journey, the importance of self-defence – and running a business in a male-dominated industry.

I got into this industry because of my husband. Martial arts was always his passion, he’d been training since he was a child and has a deep level of knowledge just from having done a number of different martial arts over his life.

In 2011, while we were living and working here in Beijing, he had the opportunity to take over a small Krav Maga school (Krav Maga is an Israeli self-defence martial art) that was about a year old, when the previous owner had to return to his home country. When he took over the school, I came on board to help with the business side.

At first, I was joining the training casually but gradually got more and more into it. The concept of a practical self-defence system appealed to me, and the way the training was structured provided good mental and physical challenges. As I progressed, grading up little by little, the change I saw in myself motivated me to go further. Eventually, I ranked high enough to qualify for instructor training and certification. With a lot of guidance from my husband and teacher, and a lot of long hours of training, I eventually passed the certification from our Israeli headquarters in 2015.

When you work in an environment like this with people from all walks of life, you can’t really advance if you don’t develop the self-awareness to grow as a person

However, my work is not teaching classes, but helping to build awareness of good self-defence training in China. My main job involves a lot of work in marketing and social media, to get people who might otherwise think themselves unable to do these things, into our classrooms. We try to reach people from all walks of life, because there is something uniquely empowering about seeing the kind of fast, meaningful progress that you get in our classes. It translates into so much more than self-defence; it gives people confidence and personal power in their everyday lives.

My boss at my first job, an independent animation company in Manila, had the strongest influence on me and my perspective on life and work. I was 18 and my boss was a woman who had quit the corporate world to start this company with her family and a community of cartoonists and animators, all of whom had previously worked for big international animation companies and advertising agencies, to try to produce original Filipino animated films back when no one really wanted to do it. On top of that, she was pretty much bootstrapping it – for the first five or six years, they did not have any major investment, and funded their passion projects by taking in advertising business clients.

I learned as much from her mindset, wisdom, and ability to adapt as I did from her mistakes. Seeing both sides while I was trying to navigate my early 20s and figuring out what I wanted to do with my life had a major impact on my thinking about work and business.

She taught me to be kind and fair with people, but not to be a pushover. She taught me to put the people in our care first, keep their interests at heart, but also require them to be the best versions of themselves. She taught me to find people who are on the same wavelength as you, but to try to listen to opposing views, so you don’t trap yourself in an echo chamber or just listen to flattery and ‘yes men’.

Self-defence is part of the combat sector and a male-dominated industry, so it’s sometimes a challenge just to be a woman working here. Most of the time people are respectful, but there are a lot of times you get men who will speak down to you no matter what, or who will try to argue with you over anything – techniques, sales discounts, school regulations, etc. – because you are female.

Back when I was starting out I had to deal with men who would cut me off while I was speaking or answering their inquiries, or who were rude and insisted on “talking to the head instructor” when they wanted to bend the school rules and thought they could do so by going over my head. Fortunately, I had the support of the director of the school, my husband, and he would back me up.

Even when I got my instructor certification, or ranked up in the system, it didn’t change anything. At some point, I didn’t even want people to know that I was certified (at that time I wasn’t teaching classes anymore), because it felt like I’d invite challenge or questions that my male counterparts would not have to deal with (i.e. “Can you even fight?”).

It also took me a long time to find how to just be myself. In any industry there are archetypes of people, but more so in combat. Women are either expected to be extra tough and almost masculine, or they actually have to be extra feminine or even overtly sexual, almost to compensate for their toughness. I obviously don’t fall on either end of the spectrum, and I never really wanted to. That made me feel awkward at first, and I was finding how to present myself, especially when I would go out and talk to people. Eventually I learned to just settle in my own skin, and it allowed me to work better and communicate more honestly and directly with everyone around me. 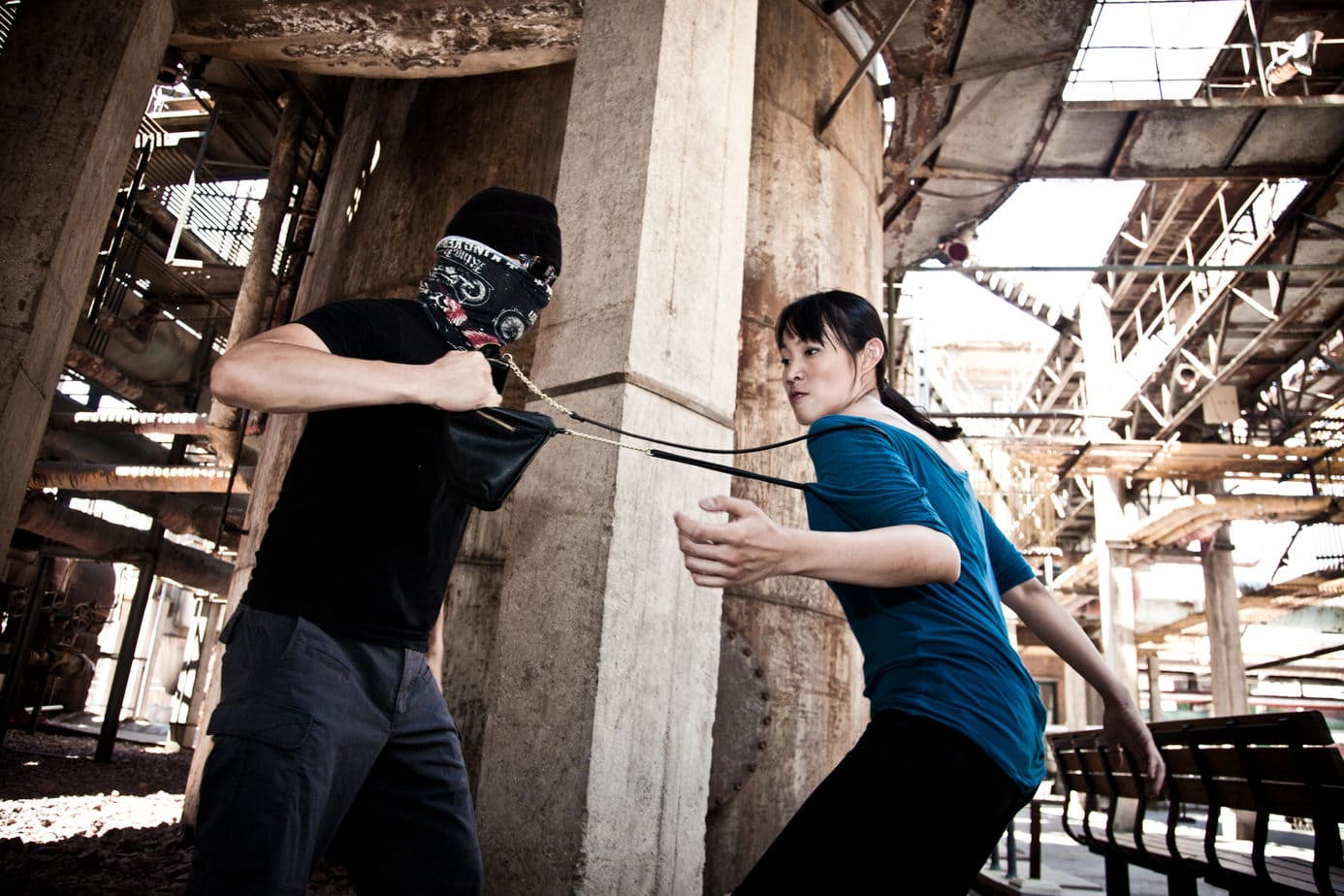 Learning self-defence is about much more than learning techniques for fighting. A large part of good self-defence training involves developing the mental determination to overcome a very difficult and scary situation, and learning good decision-making under stress. This is a combination of learning judgement, grit, and the ability to function under adverse conditions – all key skills that translate into everyday life.

A lot of times you get men who will speak down to you no matter what, or try to argue with you over anything – techniques, sales discounts, regulations – because you are female.

For a lot of people, the training also teaches them self-discipline, humility, and how to work better with others. When you work in an environment like this with people from all walks of life, you can’t really advance if you don’t develop the self-awareness to grow as a person. You’ll also have good days and bad days, and working through those and just staying on track will benefit you immensely. You’ll learn both patience with the process and patience with yourself. And if this is something out of your comfort zone (and it is for a lot of people), it is a very powerful thing to come out and see what you can do and overcome.

Most useful ‘self-defence props’ are not legal in China (pepper spray, tasers) and others aren’t really as useful (personal alarms): but in reality, anything can be used in self-defence – a bag, an umbrella, a pen, even your mobile phone – as long as you train how to use it properly. In many countries, people often make the mistake of buying self-defence props but don’t really know how to use them or don’t practice with them enough to be able to deploy them under stress. In fact, most people don’t even carry them in a convenient way (i.e. they keep it inside their bags), so they can’t even take it out in time when they find themselves in danger.

Second, the legality of self-defence in general is very important. If you’re in a bar fight, that’s likely not a self-defence situation. Self-defence is as much about avoiding or preventing a danger situation as it is escaping one. In most situations where you can actually lower your ego and talk your way out of it, you should do so. These are incidences of social violence that should be diffused and de-escalated whenever possible.

Read Also
Why Your CEO Failed in China

If you should encounter what we call predatory violence – usually surprise attacks or incidents you cannot talk your way out of – then you have no choice but to act in self-defence. Our goal in self-defence is not necessarily to ‘win’ in the traditional sense of combat (i.e. to beat an opponent up); our goal is to remove ourselves from the danger situation as best as we can.

If you’re female and contemplating chasing senior roles in business, the first thing is to make sure you’re going down a path that is important to you, and to make sure the things you do and inevitable sacrifices you make are worth it in the end.

Second is to know your values, be clear about why they are important to you, and make active choices about them. This includes how you treat or react to people, how you deal with different situations, what leadership means to you, etc. This way when you are faced with difficult situations or hard choices, you evaluate things and act based on these fundamental values.

Third is to work with like-minded people, and people who have different opinions from you. Find people who are wise and kind, and work with them. Make the effort to build relationships that matter.