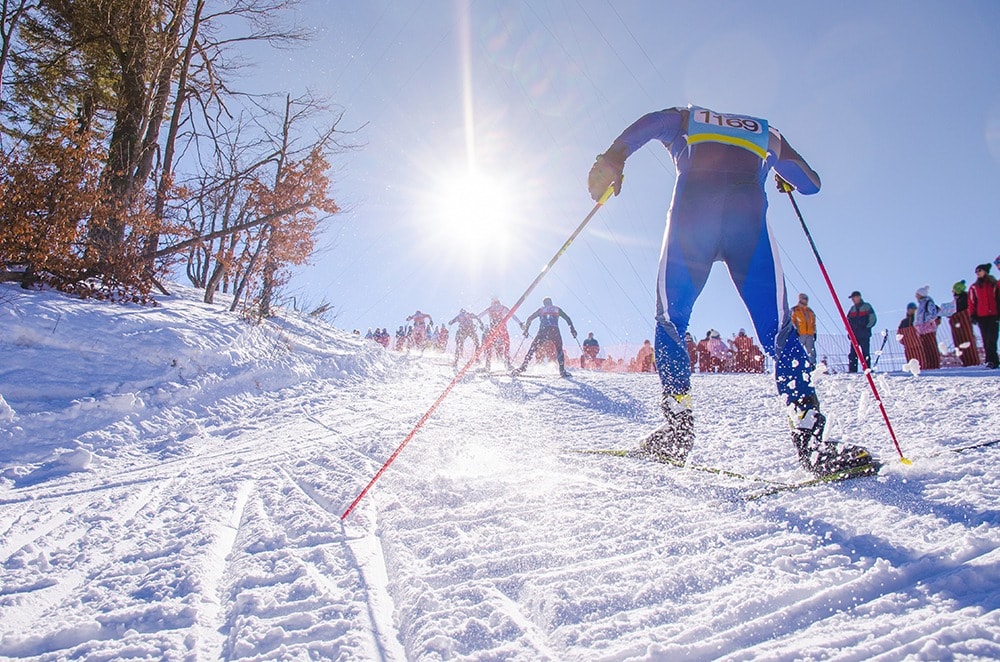 When investors look to China, winter sports have historically come towards the bottom of a long list of potential business opportunities, but that’s about to change if the Chinese Government has its way, writes Amy Snelling

Come February 2022, it’ll be all eyes on China’s faux-snow capped mountains as Beijing hosts the Winter Olympics, making history as the first city to have held both the summer and winter Games. Building on the momentum of Beijing 2022, officials seem set on turning China into a winter sports hub, with plans to build a RMB 1 trillion (£114 billion) industry by 2025, state news outlet China Daily reports.

With three years to go, preparations to get China’s Olympic infrastructure and fledgling ice and snow sports scene ready are well underway. The Games will be held across three key zones: downtown Beijing is set to house the opening and closing ceremonies and ice venues; while to the northwest, Yangqing District and partner city Zhangjiakou will host the snow sports.

Beijing 2022, expected to be the “most intelligent” Games to date according to Juan Antonio Samaranch, the Chair of the International Olympic Committee’s (IOC) Coordination Commission, is being built with the future in mind. The majority of new Olympic venues are earmarked for public use and competitions after the Games. Yet, in a country where winter sports have, until recent years, been something of an afterthought – China’s largest Gold medal haul for the Winter Games was five in Vancouver 2010, compared to 48 in the Beijing 2008 Summer Games – is there enough interest to build a sustainable industry?

In 2015, the government set out its vision of getting 300 million Chinese citizens participating in winter sports by 2025

Managing Director of Nielsen Sports Africa, Middle East & Asia Pacific, Kelvin Watt, notes that “Winter sports consumption is expanding in the Chinese market in terms of both an interest as well as a recreational participation perspective. However, compared to sports like football and basketball, winter sports are still relatively small in China, although we expect the Beijing 2022 Olympics to have a major impact in this regard.”

Indeed, the wheels are already in motion. After winning the bid in 2015, the government set out its vision of getting 300 million Chinese citizens participating in winter sports by 2025. China Daily cites goals to grow the sector into a RMB 600 billion (£68 billion) industry by 2020, build 800 ski resorts and 650 ice skating rinks across the country by 2022, and have winter sports contribute 20 percent to China’s sports industry’s gross output by 2025.

China-Britain Business Council’s (CBBC) Senior Director Tom Simpson explains that since winning the bid in 2015, “the Beijing and Central Government is doing more to encourage awareness of winter sports through broadcasting live ice hockey, and other snow/ice sports on television, as well as encouraging the establishment of teams, such as Kunlun Red Star who now participate in Russia’s Kontinental Hockey League.”

Furthermore, Simpson notes, “The growth of participation in winter sports, in particular through the construction of multiple ski resorts around the Winter Olympic site at Chongli [in Zhangjiakou], is one of the most noticeable changes… The hope is that the numbers of people taking to the slopes each year will continue to grow and establish a whole new segment of the consumer sports economy.” According to the Financial Times, Beijing is investing RMB 76 billion (£8.7 billion) into redevelopments at Chongli alone.

Noting the “huge potential” of the winter sports market, CBBC’s China Business Advisor Avi Nagel highlights training and education as two areas where British firms excel and could benefit in light of the push. The demand for instructors has drawn international snowsport organisations to Chinese pistes, including the British Association of Snowsport Instructors (BASI).

Since 2015, BASI has been holding courses across China in collaboration with a local partner. BASI’s CEO Andrew Lockerbie says he finds China’s development in a short space of time “phenomenal”. “When [BASI first arrived in China] there was a handful of ski resorts; now there are over 400 ski areas. The standard of the Chinese recreational skiers and snowboarders has increased exponentially [and] we’ve seen a phenomenal rate of development, both in infrastructure and performance,” Lockerbie explains. “Currently [in China] we’re doing around 25 course places per annum, next year that’ll be expanding to around 40… [globally] we run

350 course places per annum, so over 10 percent of our courses are now in China.”

Touching on common concerns related to the industry’s sustainability after 2022, Lockerbie adds that he thinks the huge increase in the volume of people heading to the slopes is promising. However, he also notes, “China is going to find its recreational market demanding more from their facilities,” resulting in Chinese snow sports enthusiasts spreading quickly throughout the rest of the world leading to high demand for Chinese instructors internationally.

Entering China’s fledgeling snowsports market is of course not without challenges. In an interview with ISPO.com, CEO of ski resort developers MAS, Paul Bojarski cites high costs and low salaries pricing people out, poor mountain choices for resort development, and the market not being ready as reasons he feels the Chinese ski industry won’t benefit as much as the Government hopes from Beijing 2022.

Despite challenges, Nagel explains that in the run up to the Winter Olympics there are, “lots of opportunities for British companies that are involved in the design, construction and operation of winter sports facilities.” A couple of high-profile success stories include architectural design firm Populous, who won the bid to design Beijing’s new National Speed Skating Oval, and engineering and design company Arup who have been involved in a number of projects related to Beijing 2022, including the Zhangjiakou Chongli Taizi City International Snow and Ice Town, the Water Cube, which will play host to the curling, and the Daxing New Airport which, when open, will be the largest airport terminal in the world.

However investors choose to approach China’s nascent winter sporting industry, Nagel emphasises that “to be successful, companies need to go to market to gain better insight into local conditions and meet with potential partners, do their homework to understand the aims and objectives of the Government.”

As momentum starts to snowball in the run up to Beijing 2022, it’s safe to say all players will be firmly focused on China’s RMB 1 trillion target.

What are the new regulations for...

BP and Didi partner to create...

Six top consumer trends in a...