China’s coffee consumption is booming, with local brands like Manner Coffee threatening the supremacy of Western brands like Starbucks. Juliette Pitt examines what the success of homegrown brands means for the future of consumer brands in China

While China is still regarded highly for its tea, young Chinese people have recently been turning to coffee to get their caffeine fix. According to the Qianzhan Research Institute, China’s coffee market is set to exceed RMB 300 billion (£35.5 billion) by 2024. Currently, annual revenue in the coffee segment amounts to around £10 billion and it is projected to grow by 9.21% annually between 2021 to 2025.

In March 2021, it was announced that Shanghai has the most coffee shops in the world. At nearly 7,000 cafes, the city beats out Tokyo (3,826), London (3,233) and New York (1,591). The UK’s largest coffee chain, Costa Coffee, together with Starbucks accounts, for around 35% of the total coffee shops in Shanghai, while British retail brands like Whittards have also seen success with their coffee products.

The rise and fall of Luckin Coffee

Luckin Coffee was founded in 2017, and this venture capitalist pet project became the first successful Chinese coffee chain. By 2019, Luckin had opened more than 4,500 stores across 53 cities in mainland China. With the stated aim of overtaking Starbucks, the brand began trading on the Nasdaq.

However, its success was short-lived. In autumn 2020, the company admitted to fabricating over $300 million in earnings and soon after, Luckin Coffee was quickly delisted from US markets. Tainted by the scandal, the company faced numerous penalties from China’s Ministry of Finance and, perhaps more crucially, received a torrent of negative feedback from netizens unimpressed with the company’s behaviour. Despite this setback, Luckin played a key role in increasing the visibility of domestic Chinese coffee brands. Indeed, Luckin is still the second most popular chain in Shanghai behind Starbucks.

The rise and rise of Manner Coffee

Now other Chinese brands such as Manner Coffee are jumping on the coffee bandwagon. Starting as a small boutique café in Shanghai in 2015, the company experienced organic growth. Today, Manner has around 150 stores nationwide and sets itself apart with a focus on affordability and sustainability. Coffee is a high-end beverage and so by offering prices that are 30-40% lower than its Western counterparts, it has become a popular choice for young urban residents.

“Manner Coffee’s popularity is riding on two trends in Chinese consumer culture – the affinity for boutique experiences, and the aspiration to support the growth of guochao, or China chic, brands,” Antoaneta Becker, CBBC’s director of consumer economy, explains. Unlike Luckin, Manner has not compromised on quality standards and instead of automatic coffee machines, it prefers to use Chinese traditional roasters and train its baristas to build a ‘national’ coffee brand. The brand also resonates with the growing number of Chinese consumers committed to supporting Chinese brands and products, as it sources its coffee beans from Yunnan.

Furthermore, by taking advantage of Shanghai’s intense work culture, Manner has managed to turn coffee from one beverage-among-many to a necessity. With small stores located near busy business centres and office towers, it has established a niche in the market by meeting the demand for grab-and-go coffee.

Although Manner’s rapid growth bears similarities with Luckin, both consumers and investors remain confident in its potential. In June 2021, Manner Coffee received an investment from TikTok parent company ByteDance and from the delivery giant Meituan. It has also received a substantial number of other investments over the past six months.

It has been reported that the coffee chain is considering a Hong Kong IPO that could raise at least $300 million. Other Chinese brands such as Seesaw and Algebraist have also attracted vital capital investment as investors continue to see the financial potential of such chains. 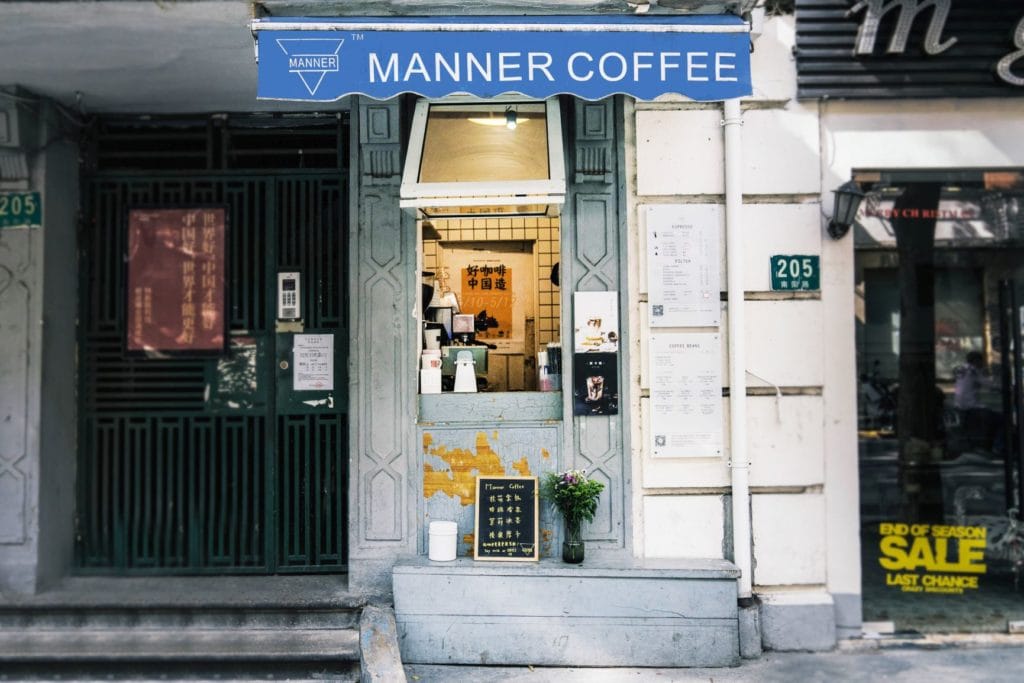 What is driving the growth of consumer brands like Manner?

The pattern of investing in China has changed over the past year, due in part to Xi Jinping’s yearlong campaign to rein in large technology companies. In an effort to achieve common prosperity, China’s newly established developmental model favours domestic consumption in the ‘real’ economy over financial goods. Furthermore, new rules for technology, gaming and education companies have pushed investors towards other sectors such as beauty, fashion, leisure and food and beverage.

“The scope for growth in food is enormous given China’s large population and the rise of ‘consumption’,” says Dr Zhujun Ding, senior lecturer in international business at King’s College London. “There are also some synergies between the sectors in that the tech companies anticipate using their understanding of the internet and their young target market [to increase profitability]. I think that tech giants targeting the food and hospitality industries and bringing in capital will be a major catalyst for change; we can expect to see the industry consolidate with eventually a few large leaders.”

Read Also
Why Chinese millennials are saying bye to baijiu

While Manner has found success with its approachability and affordability, for foreign brands, there is an opportunity to position themselves at the top end, as Anthony Johnson from ADN Imports explains. “High-quality products with compelling brand stories can be attractive not only to a rapidly growing minority of coffee connoisseurs but also across the broader gifting market. Having beautifully crafted packaging is especially important in China, but brands must also have a well thought out and nuanced proposition.” Nevertheless, “The days of generating demand through merely being ‘British’ are over; an increasingly sophisticated consumer in an ever more crowded market needs a special reason to purchase,” he adds.

Consumer brands have been one of the few sectors that have continued to see activity during the pandemic, and it is predicted that this boom will continue as investors shift their money away from tech companies. Nevertheless, even with strong financial backing, it remains to be seen whether Manner Coffee can avoid the pitfalls of rapid growth that eventually scuppered Luckin.

How to develop a successful CNY...

Are health foods and supplements popular...

Should you hire a virtual influencer...

Is men’s skincare more popular in...

How to develop a successful CNY marketing...

Are health foods and supplements popular in...