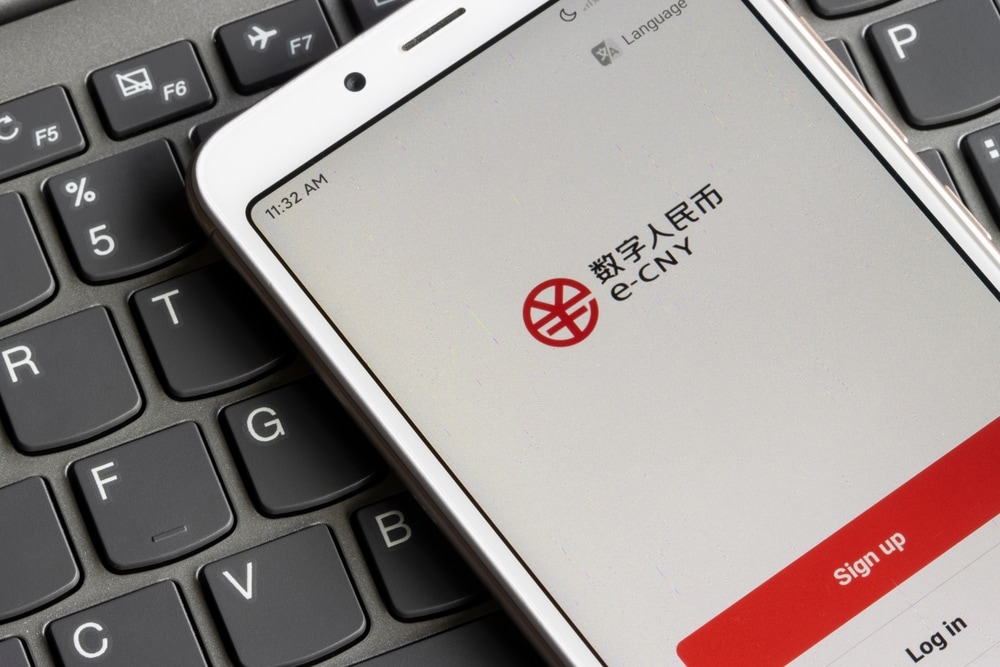 China has finally launched an app for its digital currency, the e-CNY, which is even available to athletes attending the 2022 Winter Olympics in Beijing. But does the digital yuan app have the potential to replace WeChat and Alipay?

Users in the following 12 cities across China can now pay for goods and services with the digital yuan:

Shortly after the launch of the app, the Tencent-owned messaging app and payment platform WeChat announced that it would begin allowing users to select the digital yuan as a payment option to pay for services. With over 1.2 billion users, of which around 750 million are active on a daily basis, this development could give significant exposure to the digital yuan, which some analysts say faces stiff competition from other online payment platforms – including WeChat itself.

What is the digital yuan?

The digital yuan, officially called the Digital Currency Electronic Payment (DC/EP), is a digitised version of China’s legal currency, the renminbi (RMB). It is issued by China’s central bank, the People’s Bank of China (PBOC). It is designed mainly to be used for high-frequency, small-scale retail purchases and transactions. The digital yuan forms part of the monetary base (M0) of the country, which means the digital currency makes up a portion of the ‘cash’ that is in circulation.

It is important to note that the e-CNY is not a form of cryptocurrency, since it does not operate based on blockchain and is issued by a central bank (i.e., it is not decentralised like other forms of cryptocurrency).

The PBOC first began trialling the digital yuan app in April 2020 when it launched internal testing in four cities. This pilot programme has since gradually been expanded through invites and cash incentives to eventually reach 140 million registered users by October 2021, according to the PBOC.

In May 2021 it was also announced that the e-CNY would be integrated into Alibaba’s services ecosystem. This allows users of Alibaba’s food delivery app ele.me, grocery delivery app Hema Fresh, and e-commerce platforms Taobao and Tmall, to pay for orders using the e-CNY – even though the digital currency is a direct competitor to Alibaba’s payment platform, Alipay.

Can foreigners use the digital yuan?

At the moment, non-Chinese citizens are not able to buy e-CNY. However, there are channels through which foreigners can buy and trade in physical RMB – such as buying RMB in cash or buying RMB currency futures. As the e-CNY has the same value as the physical RMB, this remains an option for foreign investors looking to buy RMB.

Foreigners are, however, able to use e-CNY through the digital yuan app, 数字人民币 shuzi renminbi, with a few caveats. Most importantly, they must be located in one of the 12 pilot cities or areas and have a bank account at one of the approved Chinese banks. Foreigners can also only use the lowest level wallet functions in the digital yuan app, which has a RMB 5,000 (£582) daily and RMB 50,000 (£5,837) yearly spending limit.

Is the digital yuan being used at the Beijing 2022 Winter Olympics?

China has made the digital yuan available for foreign visitors at the Winter Olympics and Paralympics. This is said to be an opportunity for the PBOC to make its international debut of the e-CNY, with foreign visitors being able to use the currency through cards and wristbands (which currently appear not to be available elsewhere).

However, given the very limited number of people that will be able to visit the Olympic sites – China recently announced it would not sell any tickets to the public – the audience for this international debut will be considerably smaller than what had presumably been hoped for.

Will the digital yuan be popular?

The digital yuan app lacks the advantage of WeChat and Alipay of being already embedded into a larger ‘super app’ that has a whole ecosystem of services and functions, and which are already explosively popular.

Nevertheless, a shift in consumer attitudes toward big tech companies could also help propel the e-CNY. This is already beginning to happen, as suspicion and frustration over unfair consumer practices and concern over personal data protection arise. If the digital yuan can successfully position itself as a more secure digital payment option, it could begin to gain some ground.

A version of this article was first published by China Briefing, which is produced by Dezan Shira & Associates. The firm assists foreign investors throughout Asia from offices across the world.

What are the differences between the UK and China make-up markets?