The dialogue was also followed by a meeting with Jiangsu Vice Governor Hui Jianlin. CBBC members took the opportunity to raise questions and comments with the Jiangsu Provincial People’s Government about key concerns relating to the business environment, market access and business development in Jiangsu.

The dialogue was attended by Mr Huang Lan, Deputy Secretary-General of Jiangsu Provincial People’s Government, who shared with the audience that Jiangsu’s economy achieved above the national average growth rate in 2020, making Jiangsu one of the two provinces with an economy of over RMB 10 trillion. He also noted to attendees that “Jiangsu is currently implementing several national strategies, including the Belt and Road Initiative, Yangtze River Delta Integration, Yangtze River Economic Belt and Free Trade Zone. Jiangsu aims to build itself into a globally competitive technology and innovation centre.” Mr Huang was also pleased to announce that the UK has become the largest European investor in Jiangsu in 2020 and he encouraged more UK companies to take on the development opportunity in Jiangsu. 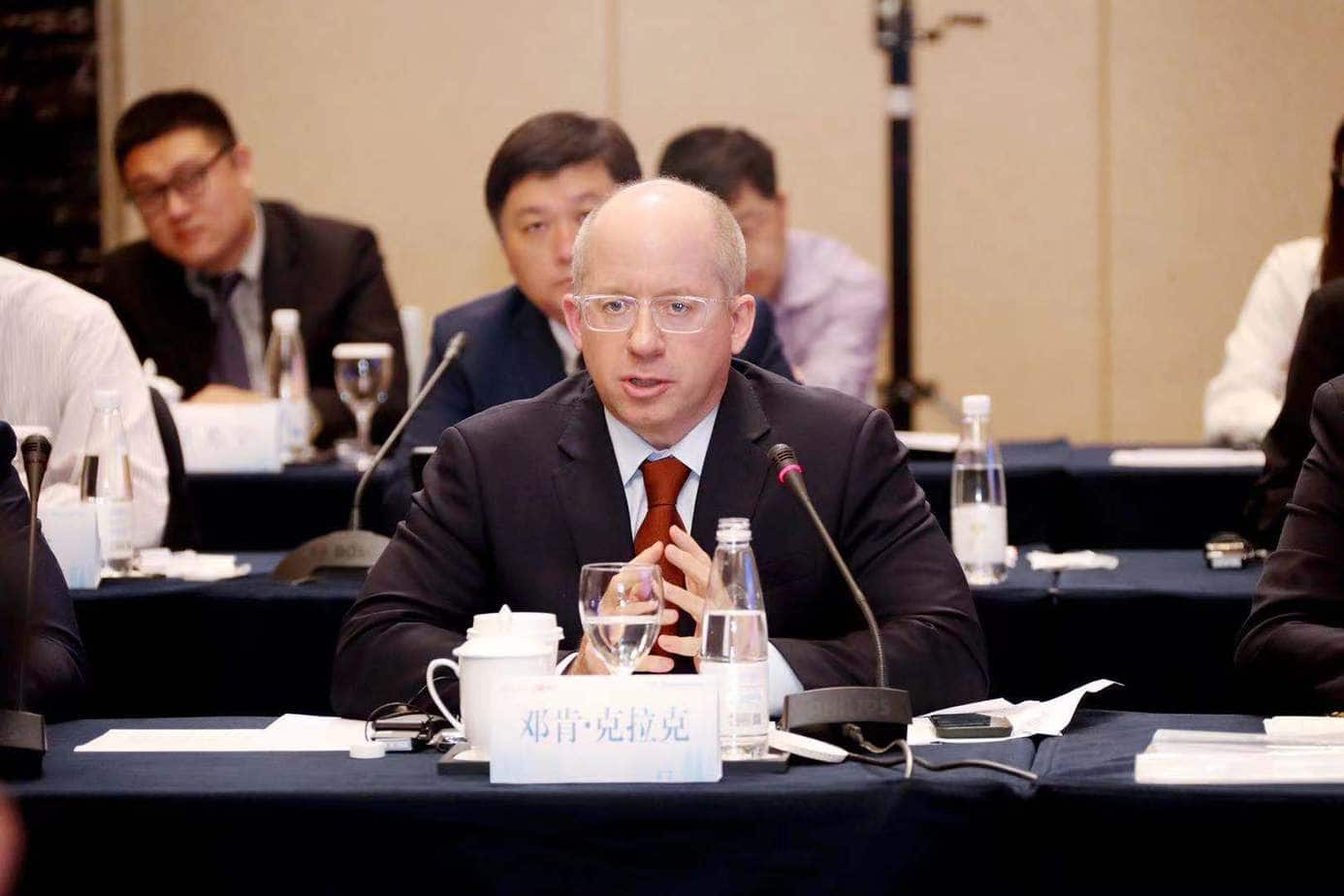 Duncan Clark, Vice Chair at CBBC, opened by noting that “From food and drink to research and innovation, professional services to production facilities, Jiangsu is a major destination for UK investment. A key reason for this is the reception British investors receive when they invest here and events such as today’s all play a role. Looking ahead we see a growing range of complementary areas for further UK investment activity in Jiangsu. Financial and professional services, manufacturing, consumer sectors and green technology are all major strengths of the British economy while at the same time are recognised as key industries for Jiangsu as well.”

“Most of the companies here with us today have already invested in Jiangsu such as AstraZeneca, bp, Swire, Coca-Cola, Smiths Group, Jaguar Land Rover, Smith+Nephew, INEOS, Reckitt Benckiser, and The WEIR Group. These investments are located across the province in cities such as Suzhou, Taicang, Changshu, Wuxi, Nanjing, as well as other cities. British service sector stalwarts such as IHG, PWC, HSBC and Standard Chartered Bank also have established operations in Jiangsu. Members including Hawksford, Atkins, BSI, Dentons, Diageo, GXS, ICAEW, London & Partners, and RELX are actively engaged in Jiangsu and seeking to grow their business here.”

The dialogue covered an extensive range of topics, with particular focus given to acquiring new land for expansion, getting permits, distributing medical equipment, establishing pilot projects, Jiangsu’s carbon neutrality policy, qualification of FDI by using profits from existing investments, opportunity to participate in Jiangsu’s technology and digital innovation, and support policies to tourism and financial services.

The dialogue was moderated by Madam Yang Jing, Deputy Director of Jiangsu Provincial Foreign Affairs Office. She concluded that the dialogue is a good platform for UK companies to better understand Jiangsu’s development opportunities and likewise, for the Jiangsu government to better understand the needs of UK businesses operating in Jiangsu.

How to succeed in the Design Intelligence Awards

How to succeed in the Design...