Home ConsumerRetail Why now is the time to launch your first store in Beijing (yes, really)
Retail

Why now is the time to launch your first store in Beijing (yes, really)

In 2021, Manchester United, Fila and Leica all opened their first stores in Beijing; now, if you have a recognised global brand, the Beijing government is offering cash incentives to open a flagship store in the city 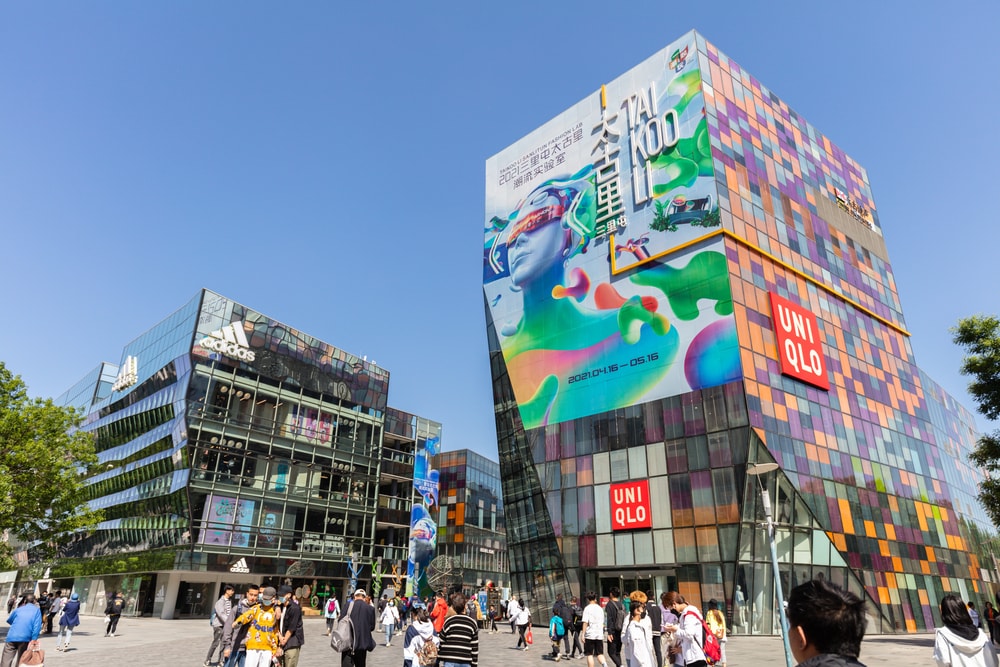 If your brand is looking to open its first store in China, or open a flagship, this may be the perfect time to do it. Kristina Koehler-Coluccia from Woodburn Accounts & Advisors explains the financial and commercial incentives that are now available to brands open to focusing on Beijing

In March, the Beijing Municipal Commerce Bureau, together with nine other government bureaus in Beijing, announced the continuation of financial support measures to further develop the so-called ‘first store’ and ‘first launch’ economies.

According to the Beijing government, more than 3,000 first stores representing Chinese and foreign brands are expected to open locally by 2025. Their objective is to turn the Chinese capital into an international consumption centre.

The 2022 measures state that companies that set up their first store in Beijing, and companies that hold new product launch events for famous brands, can get fiscal support of up to RMB 5 million (£628,031) and RMB 2 million (£251,212), respectively.

In 2021, a total of 901 first stores – five times more than 2020 – were opened in Beijing, corresponding to data released by the Beijing Municipal Commerce Bureau. Among them, 134 were international brands from 23 countries and regions. These include 29 American brands, 21 Italian, 18 French and 18 Japanese. Examples include Italian sportswear brand Fila, the Manchester United Theatre of Dreams, French jeweller Satellite Paris and German optical tech giant Leica.

China’s local brands also had a strong presence. Among the first stores opened in Beijing, 767 were domestic brands, accounting for 85%.

In terms of services provided, first stores in the catering industry ranked first, with a total of 468, the equivalent of 52%. There were 276 in the retail industry, and 75, 52, and 24 first stores that deal in leisure and entertainment, personal care and services, and children-related business, respectively.

This is not the first time that Beijing has released policies supporting brands opening first stores, however the 2022 measures are the first to be jointly released by multiple bureaus, including the Commerce Bureau, Beijing Customs, Beijing Public Security Bureau, and Beijing Administration for Market Regulation, among others. The 2022 measures also provide more concrete standards for businesses to apply for fiscal support.

What is the ‘first store’ economy and which brands can take advantage of this programme?

The so-called ‘first store’ economy is a type of real economy measured by the launch of leading industrial and fashion brands opening their first brick-and-mortar shop in specific areas. The definition also includes the launch of traditional brands’ flagship or experiential stores that operate under an innovative model.

The following types are included in the definition:

Since Beijing rolled out its ambitious plan to transform the capital into an international consumption centre, the city has been renovating its shopping malls, encouraging a first store economy and introducing business outlets that offer residents more convenience. It is hoped the programme will become a new driver of local consumption.

Companies that open first stores in Beijing can access a certain amount of financial support. However, there are a few conditions:

Companies holding a new product launch event in Beijing can get 50% of their total expenses for venue leasing, exhibition booth construction and event promotion. Furthermore, they can access up to RMB 2 million (£251,212) for new product launch events of fashion consumer products such as cosmetics, watches, bags, gold and silver jewellery and others, and RMB 1 million (£125,666) for other consumer brands.

One of the main conditions of all of these policies is that the brand should be well-known in China and abroad.

In addition, the measures offer to plan and organise a Beijing Launch Festival and build an all-media platform to promote first stores newly settled in Beijing.

How can brands apply for support from the Beijing government?

To apply for financial support, companies must follow the guidelines published by the Beijing Municipal Commerce Bureau, which stipulate the materials required, the application procedures and the application deadline.

Enterprises, institutions and economic organisations registered in Beijing with an independent legal personality, and that are engaged in the operation, service and management of the circulation of commerce and trade can apply for financial support as long as their projects meet the necessary requirements.

Companies interested in entering the Chinese market are advised to take full advantage of this pro-business policy.

Call +44 (0)20 7802 2000 or email enquiries@cbbc.org now to find out how CBBC can further help you identify the best in-market opportunities for your brand and make the most of the latest pro business legislation in China.

How to choose the right live...