Home News Why do China and the UK want to join the CPTPP?
News

Why do China and the UK want to join the CPTPP? 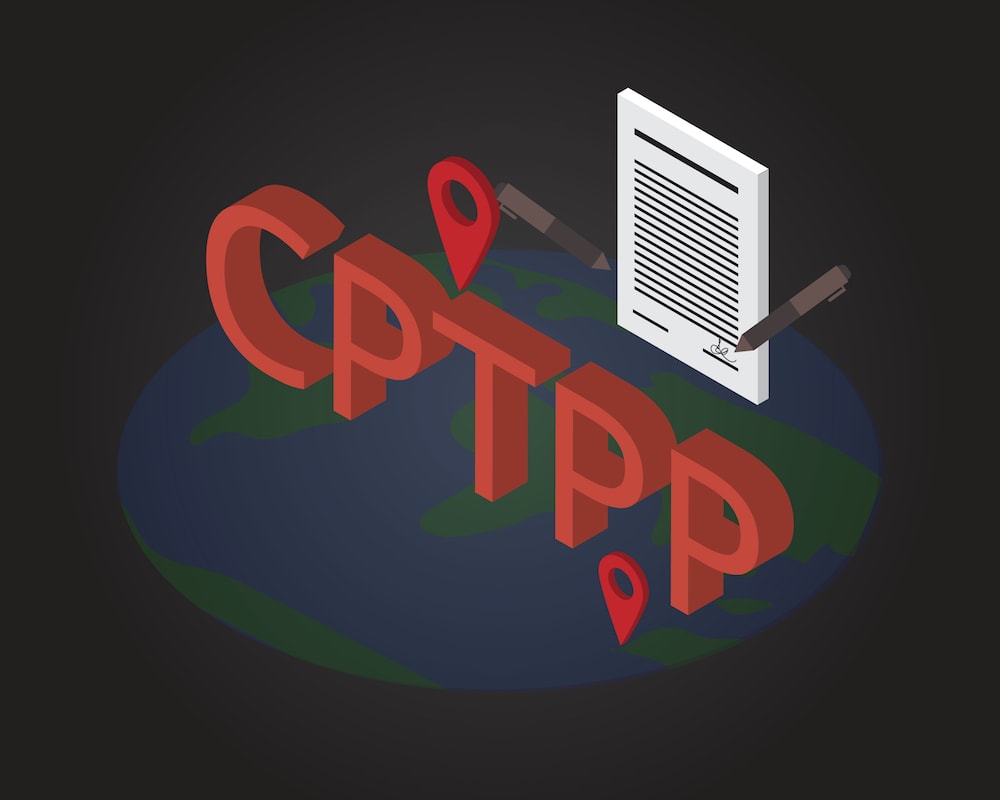 The CPTPP was born out of negotiations between the US and 11 nations on the Asia-Pacific rim; these economies originally sought to develop a trade pact to hedge against China’s rise. So why has China now applied to join the CPTPP? Joe Cash investigates

The UK formally applied to join the Comprehensive & Progress Agreement for Trans-Pacific Partnership (CPTPP) on 2 February, a move that made headlines across the UK media. China then followed suit in September.

It was Beijing’s application, in particular, that caught analysts by surprise: The bloc finds its origins in having been conceptualised by the Obama administration leadership as a way of countering China’s increasing economic might in the Asia-Pacific region. President Donald Trump subsequently pulled the US out of what was then known as the Trans-Pacific Partnership (TPP) agreement, but the 11 remaining member states continued negotiations and sought to create a framework that would bring 13.4% of global GDP under one set of rules. They were successful, and the renamed CPTPP is now routinely held up by trade policy analysts as some of the most liberal and forward-thinking trade policy on offer.

As a result, membership of the CPTPP has become so attractive that even China is throwing its hat into the ring. Analysts have mostly put Beijing’s motivation for wanting to join the bloc down to the fact that its accession requirements could provide fresh impetus for economic reform at home, rather than its desire to control the bloc’s apparent anti-China or anti-state capitalism sentiment from the inside.

The primary motivation for the CPTPP’s existing members for joining has typically been either that membership can raise their profile as proponents of free trade; or that pressure brought by the thresholds for accession will inspire domestic reform in areas such as labour rights, environmental protection, intellectual property protection, and enabling more tariff-free trade. The UK and China find themselves at opposite ends of that scale.

The CPTPP’s policies include gold standard provisions regulating the extent to which member states can support state-owned enterprises (SOEs), the most detailed provisions for IP protection to be found in any FTA, and Rules of Origin and mobility provisions that could see the Asia-Pacific rim become one of the busiest areas in the world in terms of the movement of goods and people.

Beyond its impact on regional trade, at the treaty’s core is the idea that it should be a forward-thinking and progressive agreement, encompassing countries whose collective economic heft means that even ideologically opposed economies will have little choice but to engage with CPTPP members on their terms.

By extension, it’s clear that the CPTPP represents a challenge to China from many of its regional trade partners to either get on board or face being encircled by a bloc that has both substantial economic power and with a more attractive vision for the future governance of the global economy.

How does the CPTPP compare to membership of the EU? And how does the EU bring China into the mix?

The Department for International Trade has been at pains to point out how joining the CPTPP — a large trade bloc that is governed by a multi-state commission — would differ from being a member of the EU and its Single Market. The rights and obligations of member states under the CPTPP fall into two categories — rules setting and market access — with both resulting in power remaining with the member state.

1. Rules Setting: For example, setting a common set of rules on the regulations that should be in place to facilitate the safe transfer of data.
2. Market Access: How far each CPTPP member will cut tariffs, open its services markets, and liberalise business travel, etc.

Furthermore, each member state retains the ability to determine its own tariff schedule: While the CPTPP provides for almost complete tariff liberalisation among participants, its terms allow states to opt to retain tariffs in highly sensitive areas, such as rice in the case of Japan or the dairy sector in the case of Canada. The UK will likely have to do this too when negotiating its accession, for some of the measures it has agreed with the EU in the Withdrawal Agreement and with Japan in the UK-Japan Closer Economic Partnership Agreement (CEPA) go beyond the terms of the CPTPP.

Does it matter if China joins the CPTPP?

The more pressing question is how Beijing would behave were it to join the CPTPP. While Beijing has agreed the CAI with Brussels, been vocal about its commitment to tackling climate change and taken steps to open its economy further, it has also said that it wants to “overtake by changing lanes” in several areas in which the CPTPP is seeking to emerge as the world’s leader.

It is therefore unsurprising that analysts are questioning whether Beijing is serious about aligning its values with the EU’s — or those of the CPTPP — or whether it is seeking to use its own economic might to barge its way into the Single Market or the CPTPP to ‘gut’ it from the inside.

How does the UK fit in?

The UK is diving deep into this soup of trade agreements and geo-politicking for two potential reasons. Firstly, the government is clearly keen to demonstrate it is set on a new path now that the UK has left the EU. Secondly, the application to join the CPTPP fits a pattern of looking to join with like-minded states to put pressure on China over its trade practices. In a similar vein, the UK’s recent negotiations over trade agreements with Japan and the U.S. include provisions that cover not just the usual areas of a trade agreement, but also areas such as support for SOEs, a common bugbear for critics of China’s economic model.

The UK has already found a useful ally in Japan in terms of putting its trade agenda forward. As the current chair of the CPTPP commission, Japan has been one of the most vocal supporters of the UK joining the bloc: During negotiations over the UK-Japan CEPA, Tokyo was keen to present a UK-Japan FTA as a steppingstone on the way to CPTPP membership.

Both Japan and the UK would reportedly like to see several of the CPTPP’s provisions beefed up. Indeed, this partly explains why during the CEPA negotiations, the UK and Japan agreed on provisions to e-commerce and IP protection that are basically CPTPP+. As a result, when the UK comes to negotiate with the current crop of CPTPP member states, they will likely either have to green-light the UK/Japan’s new provisions or grant the UK an exemption. For its part, Japan is effectively using the UK’s application to join the CPTPP to reopen negotiations over its provisions with its fellow member states.

The UK’s post-Brexit experiences in trade negotiation to date suggest the country has the potential to push the CPTPP and Asia-Pacific regional trade in a direction that might create headaches for China. Of course, this would depend on the UK delivering on its apparent pivot to Asia to its fullest extent. A UK ambition to become a leading force in the setting of trade provisions and confronting China’s trade practices is also becoming apparent.

As a result, the UK’s application to join the CPTPP should be viewed alongside its ambition to become less reliant on China — through initiatives such as ‘Project Defend’ — and as part of an emerging strategy of growing trade with countries that surround China, rather than directly with the world’s second-largest economy.