Why Chinese millennials are saying bye to baijiu 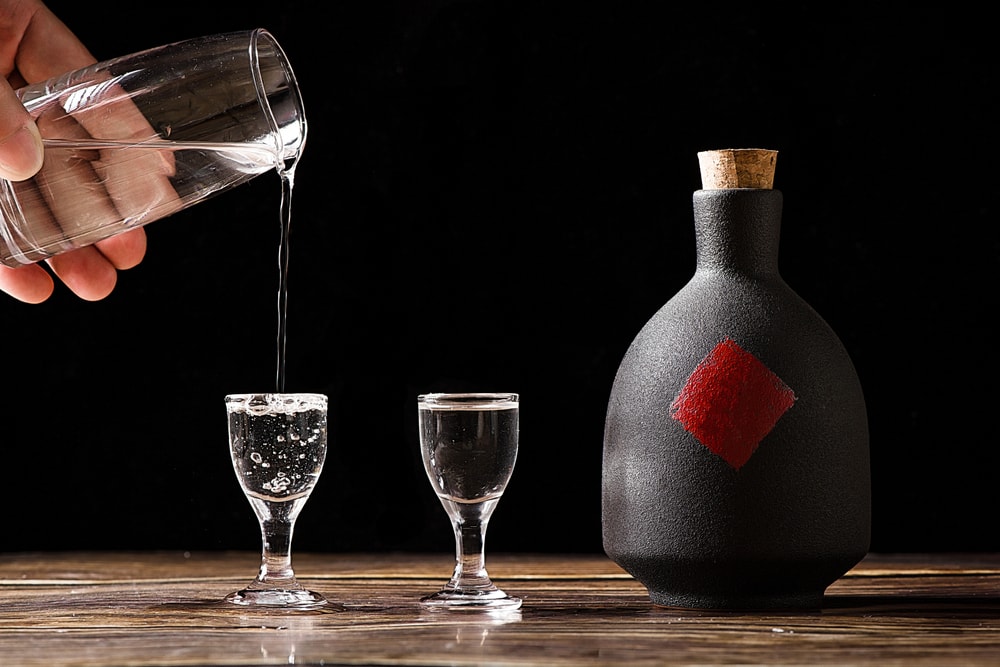 Alcohol has shaped Chinese culture for thousands of years, influencing art, philosophy, politics and tradition. Recently, alcohol consumption has been tied to changing political and economic conditions, with young Chinese consumers increasingly willing to try drinks such as whisky, beer and wine

Whilst baijiu (a strong colourless liquor usually distilled from sorghum) remains the favourite tipple for many Chinese drinkers, sales are declining as the younger generation continue to associate it with business and banqueting culture. According to Daxue Consulting, only 31% of millennials say they drink baijiu, compared to 91% who say they often drink beer. Nevertheless, a number of major players are reclaiming and reinterpreting baijiu for the next generation.

According to Tong Digital’s Tracing the Trend podcast, Chinese drinking has historically been more ritualistic, with alcohol consumption traditionally reserved for events such as weddings, business dinners and banquet-style gatherings.

Today, millennial drinking culture in China is largely moving away from this, and although up to 80% of alcohol is consumed in restaurants or at home, many of China’s young people are opting to visit bars and drink in a more casual setting. It is also important to consider that there are market and government forces at play and these have shaped young consumers’ outlook on the spirit.

Over the past decade, anti-corruption policies have seen a crackdown on government officials expensing highly-inflated bottles of baijiu as gifts and drinks at banquets. The reduced corruption has deflated the price of some major brands on the market — such as Maotai, Shui Jing Fang and Wuliangye — and taken away a huge source of revenue from state subsidies. As a result, this incentivises baijiu distilleries to target younger and more diverse markets and now many bar owners across China are working to encourage baijiu to move into the bar and cocktail scenes.

Read Also
How to meet the sustainability demands of Chinese consumers

“When I was younger there was very much this banquet culture with baijiu. It’s business, it’s men usually getting together and being pressured to drink,” podcast host Jenny Zhang explains. “I’m sure that still happens to some degree, [but] I do think that what is really driving this change is younger consumers; it’s the post-80s generation who are more open-minded, who are wanting to try new things.”

Nevertheless, high-end bottles are still a draw in China, with China being one of the few markets where spirits with international status (i.e., spirits retailing at over US$100 a bottle) performed well in 2020 according to an analyst from IWSR Drinks Market Analysis quoted in China Daily. Chinese consumers spent £1.9 billion on spirits with international status in 2020, a large proportion of which was single malt scotch.

Are women driving a cocktail revolution in China?

Today, baijiu cocktails are growing in popularity across China’s cities. Bastien Ciocca, co-founder of award-winning Guangzhou cocktail bar Hope & Sesame and baijiu-focused bar San You, noted that many younger Chinese people have a creative mindset and that these explorative consumers will visit his bars with an increasingly open-minded approach to what they’d like to drink and be seen drinking.

“They [millennials] don’t drink the same way as in the UK or the US, where it is more ‘let’s go for a drink.’ In China, it’s more ‘let’s go somewhere to socialise,’ to be seen, to share on social media,” Ciocca says. “The idea is ‘I’m here, I’m cool, I’m drinking a cocktail’.” As a result, many bars have a fashion or design angle that is as attractive to drinkers as a good cocktail list. 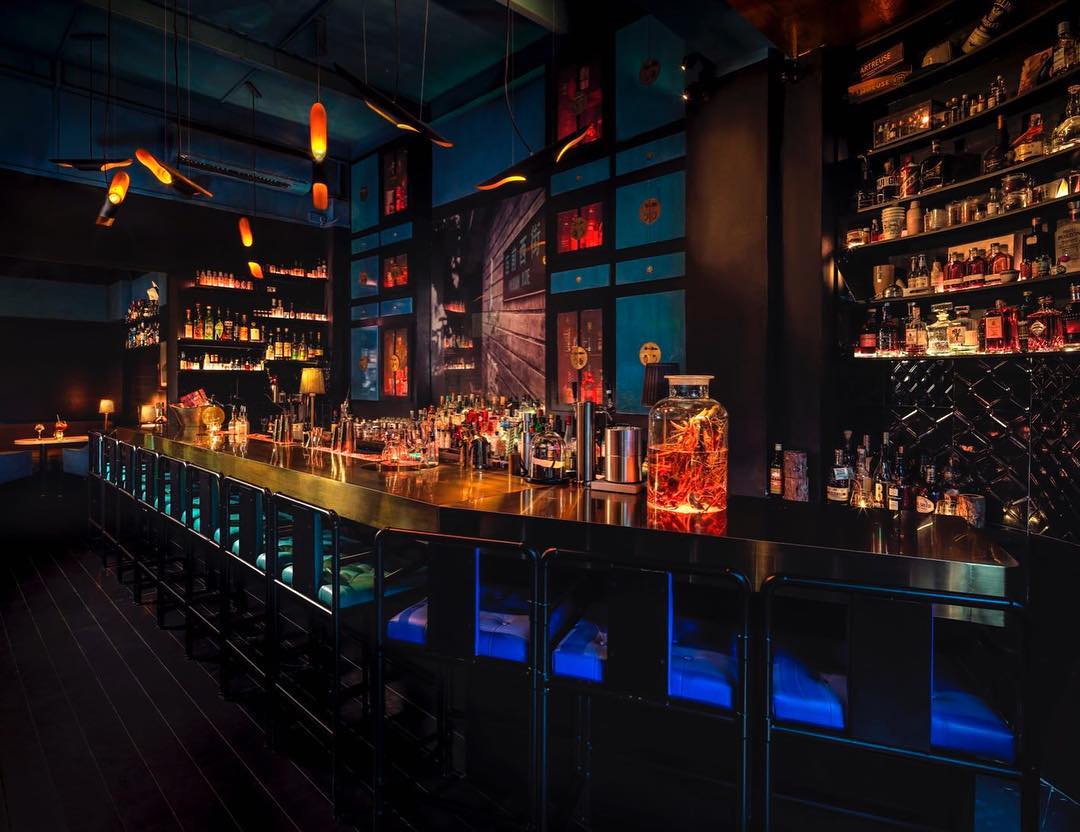 Ciocca also notes that ten years ago it may have been uncommon for groups made up exclusively of women to go out drinking together. Now, on the other hand, cocktail bars often see an equal gender distribution or are even now becoming female-dominated spaces.

One study found that female wine consumers increased by 5% year-on-year from 2018-2019. The stereotype that drinking alcohol is a male pastime is changing, as educated urban women with high purchasing power are increasingly willing to try new things. Nevertheless, many women still prefer low-alcohol drinks for health reasons, a preference that cocktail bars like Hope & Sesame are well-placed to cater to.

China is a clear example of how local tastes can develop and become open to new consumption habits, and there are a number of brands that are driving changing drinking habits in China. A stand-out is Rio, which produces pre-mixed cocktails in cans and bottles that are currently sold in all major convenience stores in China. The drinks are low in alcohol (typically less than 4%) and come in sweet, fruity flavours.

Rio launched a campaign in 2020 starring actress Zhou Dongyu, that encouraged solo or small-scale drinking at home, in contrast with the very public nature of banquets and work events. Drinking at home is an important trend that has ultimately been shaped by the Covid-19 pandemic.

Another recent trend that has reached China is hard seltzer (typically a mix of carbonated water or soda with a neutral spirit), which has become popular among health-conscious drinkers for its low calorie count.

Lastly, up-and-coming baijiu brand Jiangxiaobai 江小白 is attempting to transform the fate of the baijiu industry by targeting younger consumer groups. Founded in 2012, it has attracted investment from Sequoia Capital and Hillhouse Capital Management. Priced somewhere in between high-end brands like Maotai and cheaper baijiu aimed at working-class consumers, Jiangxiaobai is sold in smaller bottles with a slick modern design that can be shared with one or two friends. The brand also produces a range of fruit-flavoured baijiu blended with juices such as white grape or peach that are just 15% ABV. In addition to its more appealing flavour, Jiangxiaobai has also built brand recognition among millennials and Gen Z consumers by maintaining stores on Taobao and JD.com and by sponsoring major hip-hop and music tours.