Who is on China’s new Politburo Standing Committee?

In addition to Xi Jinping, Li Qiang; Li Xi; Cai Qi; Zhao Leji; Wang Huning and Ding Xuexiang are now the 6 most important men in China – here's a quick guide to their backstories 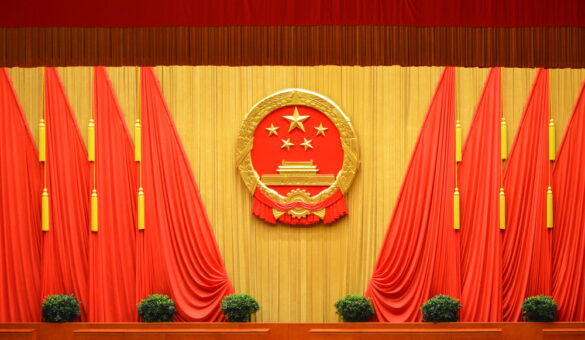 Understanding China’s top political body is key to understanding how decisions and policies get made. With a new Politburo Standing
Committee just elected during the 20th Party Congress, these are the seven men whose names you should know

The Politburo Standing Committee, formally known as the Standing Committee of the Central Political Bureau of the Chinese Communist Party, is China’s most powerful decision-making body and currently made up of seven top political leaders (historically, membership has varied from five to a high of 11 people in the reshuffled 8th PSC in 1966).

Below is the current line-up of the 20th Politburo Standing Committee (changes from the previous line up are marked ‘new’):

Xi Jinping remains as the number one ranking member of the committee. As General Secretary, he is the “core leader” of the Party and also commander-in-chief of the Chinese military as Chairman of the CCP and PRC Central Military Commissions. Xi also holds the title of President of the People’s Republic of China.

Born in Beijing, Xi was governor of Fujian and Zhejiang before being named Hu Jintao’s successor in 2008. His political theory, “Xi Jinping Thought on Socialism with Chinese Characteristics for a New Era,” was written into the Party constitution by the 19th CCCPC.

Li Qiang is Party Secretary of Shanghai and a close personal ally of Xi (he was Xi’s chief of staff when he was governor of Zhejiang). Many expect him to replace Li Keqiang when he steps down from the premiership during the National People’s Congress in March 2023.

Li Qiang was in charge of Shanghai during the city’s widespread Covid lockdowns in early 2022, which some commentators have suggested is a sign of tacit approval of his willingness to run with such strict lockdowns (and, potentially, an indication that such Covid policies will continue).

Zhao Leji was formerly Secretary of the Central Commission for Discipline Inspection (succeeding another noted Xi ally, Wang Qishan), where he was instrumental in the far-reaching anti-corruption campaign that Xi kicked off when he became leader in 2012. He will succeed Li Zhanshu as Chairman of the Standing Committee of the National People’s Congress in March 2023.

Born in China’s western Qinghai province, Zhao rose through the political ranks there to eventually become Party Secretary at just 42 years old – the youngest Chinese official ever to become a provincial governor – before being transferred to Shaanxi province as Party Secretary. 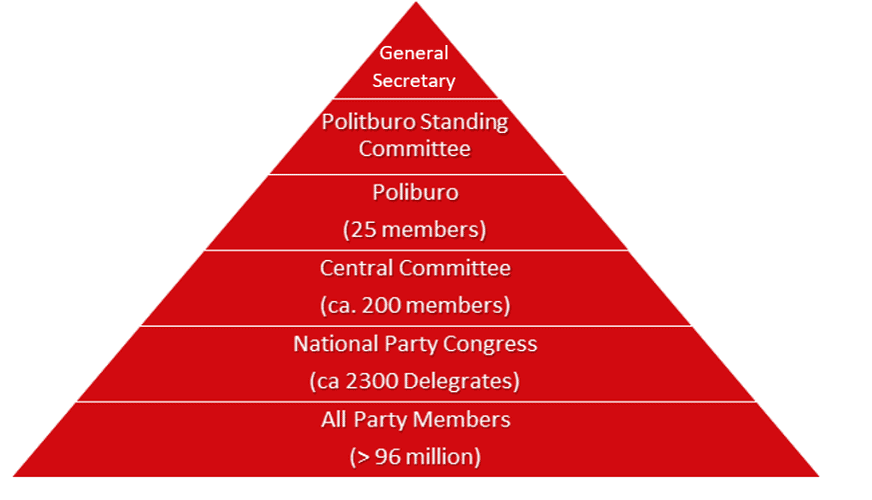 Leadership structure of the CCP

One of China’s top political theorists, Wang Huning is First Secretary of the Central Secretariat of the Communist Party of China. He is thought to have played a key role in assisting Xi Jinping in crafting his “China Dream” and “Xi Jinping Thought” ideologies. He is also associated with the idea behind the Belt and Road Initiative.

Born in Shanghai, Wang attended some of that city’s top academic institutions and was referred to work for the Party’s central authorities by a number of leading Shanghai politicians back in 1995. He is notable for having never been in charge of running a province or major city.

Beijing Party Secretary Cai Qi is a familiar name but was nevertheless a surprise entry to the PSC. That being said, he is very close to Xi, having worked under him in Zhejiang and his home province of Fujian.

Although already in a high-level position, Cai Qi gained further favour for successfully overseeing the Beijing Winter Olympics in early 2022, avoiding any Covid outbreaks associated with the event.

Ding Xuexiang is one of Xi’s most trusted aides, serving as Director of the Office of the General Secretary of the CCP (aka Xi’s chief of staff), as well as Director of the CCP General Office. This gives him a great deal of control over access to top-level information, as well as access to Xi himself. Some speculate that, of all of the PSC members, he has spent the most professional one-on-one time with Xi , having accompanied him on many official visits in China and abroad.

Like Wang Huning, Ding has never been in charge of running a province or major city, although he served in the Shanghai Party committee when Xi was interim Shanghai Party Secretary in 2007.

Li Xi has just taken over from Zhao Leji as Secretary of the Central Commission of Discipline Inspection. He is also Party Secretary of Guangdong Province, where he has spearheaded the development of the Greater Bay Area economic region, a favourite project of Xi’s.

Li Xi has had a fairly standard rise to power, holding various Party positions in his home province of Gansu, as well as serving as Party Secretary of the revolutionarily significant city of Yan’an, the endpoint of the Long March. Li Xi is thought to have known Xi through family connections since the 1980s.

Is perfume the next big market for luxury brands in China?

Are Chinese Universities now competing with the world’s best?