Is floating Offshore wind the future of UK-China cooperation on renewable energy? 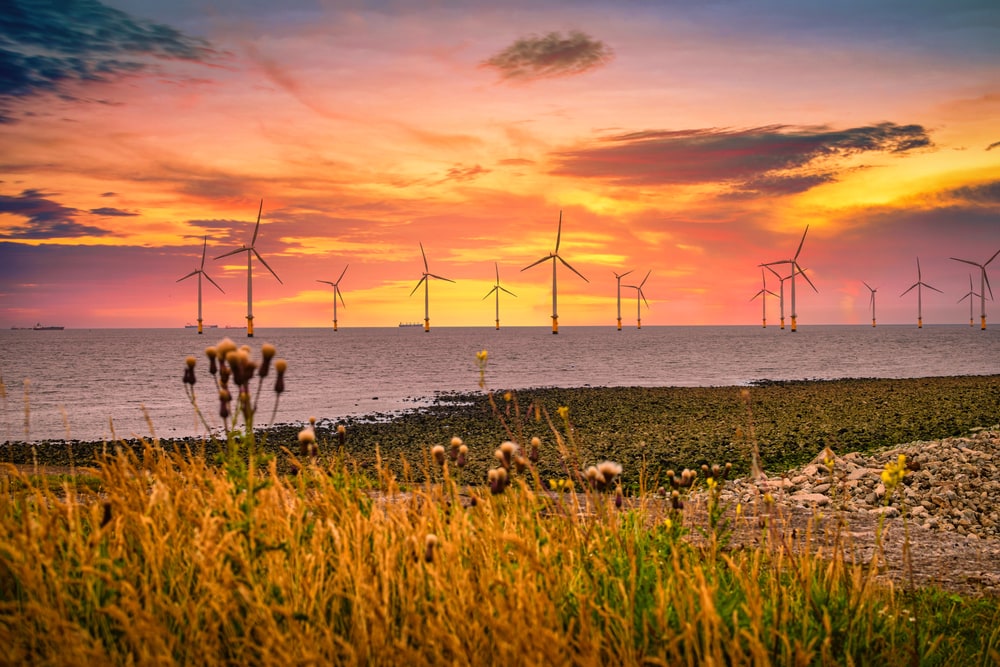 From “game-changing” investments to floating offshore wind, Elizabeth Davies-Kumadiro, Head of Renewable Energy and Transmission in China for the UK’s Department for International Trade, puts a spotlight on the present and future of a China-UK partnership in renewable energy

When it comes to international relations, many focus solely on the loud noise and high drama of politics. What those commentators may be missing is the quieter, but no less important role of business and commercial relationships. How do British and Chinese people actually work together?

China is the UK’s third-largest trading partner. The UK and China have a £118 billion trade relationship, which increased by 11.3% year on year in 2021. In many ways, this is a statistic about trust. It shows that there are large numbers of Chinese and British people who know that each one offers a solution to the other’s problem. Even where two people live totally different lives, win-win collaboration can take place.

So, forgetting the “hot air” of politics for a moment, let’s consider the strong winds which will power both country’s energy grids, from Hainan to the Humber.  The China-UK partnership in renewable energy is how I think we can strengthen our cooperation during 2022.

Why is cooperation on renewable energy important to both China and the UK?

When President Xi Jinping and Prime Minister Boris Johnson spoke during their phone call in the autumn of 2021, they agreed that working together to achieve the transition to a carbon-neutral energy system is a top priority for the UK-China bilateral relationship. A high domestic capacity for renewable energy has many benefits, including a reduction of harm to the population and economy from the effects of climate change and pollution, enhanced energy security, and greater technical capability.

Following the UN Climate Change Conference of Parties (COP26), hosted by the UK in Glasgow, President Xi wrote to PM Johnson stating that “accelerating the green transition” was a priority for China in tackling climate change. President Xi stated that “successful governance relies on solid action”, expressing a hope that all parties “will take stronger actions to jointly tackle the climate challenge and protect the planet, the shared home for us all.”

As shown at COP26, solid action and international collaboration is key to the UK approach as well. The UK was the first major economy to make our commitment to reaching net zero carbon emissions by 2050 legally binding, and energy transition is central to our industrial strategy. In our Nationally Determined Contribution (NDC), we have committed to reducing greenhouse gas emissions by at least 68% compared to 1990 levels before 2030. As Boris Johnson said to global leaders at COP26, we must “get to work with all the creativity, imagination and goodwill that we possess.”

How are the UK and China cooperating to build renewable energy capacity?

Fortunately, the UK and China are building from a strong base of existing collaboration. China’s National Energy Administration and the UK’s Department for Business Energy and Industrial Strategy host an annual UK-China Energy Dialogue that will reach its 10th session in 2022. British Embassy Beijing and the China Renewable Energy Industry Association, in partnership with the China Renewable Energy Engineering Institute, hosted the UK-China Industry Advisory Group on Offshore Wind in 2015, which will reach its eighth session in 2022. In addition, Vice Premier Hu and Chancellor Philip Hammond committed “to deepen the clean energy partnership, and support a structured energy transition” during the 10th UK-China Economic and Financial Dialogue in 2019.

Over the past decade, the UK and Chinese governments have jointly supported wide-ranging policy and market cooperation. We have supported collaboration on green finance and facilitated knowledge-sharing on innovative market mechanisms. This includes the UK’s Contract for Difference (CfD) competitive auction, competitive power market design and regulation, carbon trading, and renewable energy incentive schemes.

This has supported sustained commercial collaboration. The UK government directly supported UK companies to provide an estimated £1.2 billion in renewable energy exports to over thirty projects within China since 2017. We have also supported UK-China renewable energy partnerships around the world. In 2019, the UK Department for International Trade and China’s NDRC signed a Memorandum of Understanding on cooperation in third countries, supporting partnership on sustainable, low-carbon projects built to high international standards. Investment trends to watch out for in 2022: Offshore wind manufacturing

In December 2021, the Department for International Trade signed a Memorandum of Understanding with Ming Yang Smart Energy Group, providing our support for Ming Yang’s ambition to establish a turbine blade factory, and conceivably, a turbine assembly factory in the UK. Described by UK Trade Commissioner to China John Edwards as “game-changing,” it marks an exciting development in terms of Chinese participation in the UK wind supply chain.

In terms of energy storage, the UK has worked with Huaneng to develop Europe’s biggest lithium-battery storage plant in Minety, England, using Sungrow technology, which was connected to the grid in 2021. And already this year, in February 2022, Trina Storage delivered its first energy storage project in the UK, a 50MW battery facility in the east of England. There are many current opportunities within the UK’s wider low-carbon sector that will be of interest to suitable investors (some online here).

In 2022, we expect further investment into the UK’s offshore wind and lithium-ion battery manufacturing capability. Crucially, the UK has the biggest offshore wind pipeline in Europe and is working with developers to maximise the percentage of UK-based manufacturing and services, with an expectation of 60% local content. Manufacturers like Ming Yang will be positioned to take advantage of this. They join other international investors, including American-firm General Electric and South Korean-firm SeAH, who also announced plans to establish UK factories in 2021.

Read Also
Where do China and the UK stand on green manufacturing?

Within the renewable energy industry, fixed-bottom offshore wind is already crucial to both the UK and China. We have the world’s two largest offshore wind industries by operational capacity, and both have significant pipelines for future capacity. However, many of the available near-to-shore sites in shallow waters (required for fixed-bottom turbines) are being used up. Floating offshore wind is the next frontier of technology development, with a huge potential to expand.

Floating wind is an area where the UK can share its experience with China. The world’s first two commercial floating offshore wind farms, Hywind and Kincardine, were developed in the UK, with Hywind in operation since 2017. It has been fantastic to see China National Offshore Oil Corporation (CNOOC) partnering with the UK’s Flotation Energy to co-develop Green Volt, a floating offshore wind project which will be used to electrify the Buzzard oil rig in Scotland. Green Volt is expected to be the biggest floating project in the world once operational in 2026.

Partnership with the UK could both help China to scale its floating offshore wind capacity and help the UK to build our supply chain capability. Within China, UK and Chinese developers could work together on projects (with UK developers taking minority stakes). This could help to build on the pioneering work of China Three Gorges and MingYang, who launched China’s first floating offshore wind turbine in Yangjiang in 2021, using Chinese-engineered components.

The UK would welcome Chinese engineering and manufacturing for floating turbines and foundations in our offshore wind projects, clusters and ports. The UK government ring fenced £24 million in funding per year for floating offshore wind via the CfD scheme in September 2021. Investment in UK-based floating wind manufacturing would give Chinese companies a great basis for bidding into our 8.8GW floating wind pipeline.

As the world’s two leading offshore wind markets, we should lead by example. We can create mutually acceptable standards for the technology and work together to scale the floating offshore wind industry. There is no solution to climate change without China. May the ferocity of the tiger guide us to develop the renewable energy market with vigour in 2022!

The UK will be running a media series featuring university researchers, policy makers, engineers and business leaders sharing their insights on challenges and opportunities in the green energy and low-carbon industries throughout 2022. Email Elizabeth at elizabeth.daviskumadiro@fcdo.gov.uk or follow DIT’s WeChat account UKCN_Trade_Invest to receive updates.

Why Eileen Gu was the real winner of Beijing 2022