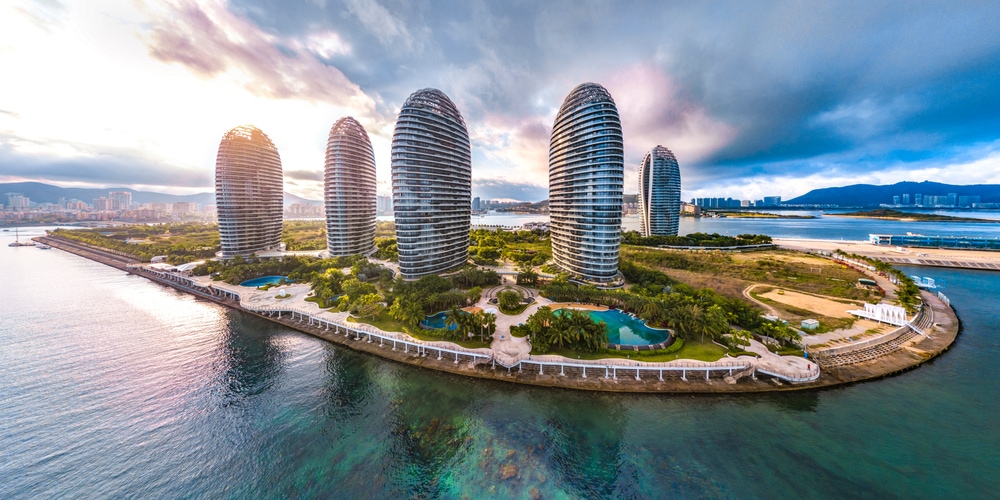 Hainan has become the first province to publish a Negative List for Cross-Border Trade in Services. While the list is far longer than the nationwide list for foreign investment, it is much more detailed and provides a useful template for further reform, writes Torsten Weller

While China’s regulatory crackdown and the focus on ‘Common Prosperity’ dominated this summer’s headlines, a smaller but nonetheless significant development took place on the island province of Hainan. On 26 August 2021, China’s first negative list for trade in services took effect for the Hainan Free Trade Port (FTP), a new free trade zone that aims to stimulate trade in new services such as tourism, e-commerce and logistics. A negative list governs industry sectors in which foreign investment is prohibited or where possible restrictions may apply.

Overall, Hainan’s Negative List for Services seems surprisingly long, including 70 items; 31 of which are outright bans. Yet the detailed information on restricted cross-border services also presents a first attempt at offering a clear picture of existing non-trade barriers, which previous negative lists often left out. As such, the list constitutes an important benchmark for further reform and liberalisation.

China has long had negative lists for trade in goods and foreign investment in China. After being tested in several provinces since 2016, the first nationwide negative list was published in 2018. Prior to this, foreign investment and ownership was only permitted in so-called ‘encouraged’ sectors and industries. Beyond this, there was either an outright ban or considerable administrative hurdles.

Negative lists reversed that system, stating that in any sector not figuring on the list, foreign investment and full-ownership was – in principle – allowed. The new Foreign Investment Law of 2020 further institutionalised the idea that foreign businesses should be treated in the same way as domestic Chinese firms unless they are operating in restricted sectors or are prohibited outright from investing. By 2020, there were 12 restricted and 21 prohibited sectors remaining.

Unlike manufacturing, the service sector was largely ignored by China’s foreign investment regime. While not outright prohibited, the lack of regulatory clarity created uncertainty for many foreign service providers.

But with services now the biggest employer in China – in 2020, services employed 358 million people, over 14 million more than manufacturing – Beijing’s approach towards services changed. Last year, President Xi Jinping announced that China would publish its first negative list for services. Xi also announced the creation of several pilot zones for cross-border trade in services, including in the Jing-Jin-Ji capital region (combining Beijing, Tianjin, and Hebei) and on Hainan.

What is on the Hainan Negative List for Cross-Border Services?

With 70 items divided into the usual 11 sections, the Hainan FTP Negative List for Cross-Border Services is relatively long compared to the 33-items-long national version for non-services. In total, the list contains 38 restrictions and 31 bans. Unusual for a negative list, it also contains a legal requirement for joint salvage operations.

At first glance, the high number of new restrictions and bans seems at odds with the national trend of reducing the overall number of limitations. This is particularly obvious in the financial services section, which – in the 2020 National Negative List – was removed entirely. By contrast, the Hainan Negative List now includes 17 new items for the financial industry – the highest number of all industries covered (Dezan Shira & Associates’s China Briefing has a detailed breakdown of all the items).

Yet a closer look offers some interesting details. First, many restrictions and bans are far more detailed and therefore offer a far more accurate picture of the existing non-tariff barriers than previous negative lists. Another important caveat is that the list covers primarily cross-border services. Therefore, foreign businesses registered in China servicing local customers might not be subject to the same rules as those providers who are offering either services from abroad or are servicing overseas clients. Finally, the list leaves open the possibility of international and bilateral trade agreements offering more liberal arrangements for foreign service providers.

Ultimately, the Hainan FTP Negative List for Cross-Border Trade in Services remains a local document applying primarily to businesses wanting to register in the new free trade port. It is highly likely that similar documents for the Jing-Jin-Ji region, Shanghai, or the Greater Bay Area (GBA) might look quite different and provide a far wider scope for foreign businesses.

Given the lack of uniform regulations for foreign service providers, the Hainan FTP Negative List constitutes a welcome first step in providing foreign businesses with a clear legal framework of market access regulations.

Although the surprisingly high number of restrictions and bans might appear like a step backwards, the unprecedented enumeration of previously hidden non-tariff barriers can offer an important basis for further reform and opening-up. It also provides legal clarity for foreign investors, who otherwise might have invested in sectors only to run into administrative roadblocks later.

Most importantly, the list will serve as the first benchmark for other pilot zones in China, which are also vying for foreign service companies. It’s likely that authorities in Beijing, Shanghai, or the GBA are paying close attention to Hainan’s policies and will present their own lists in the coming months. In the end, this could set in motion a healthy competition between local governments to provide the most open environment to foreign service providers.