Now that China's zero covid policy has been ditched, how can UK businesses capitalise on the country's newfound desire for better healthcare, fulfilling travel experiences and premium quality products? 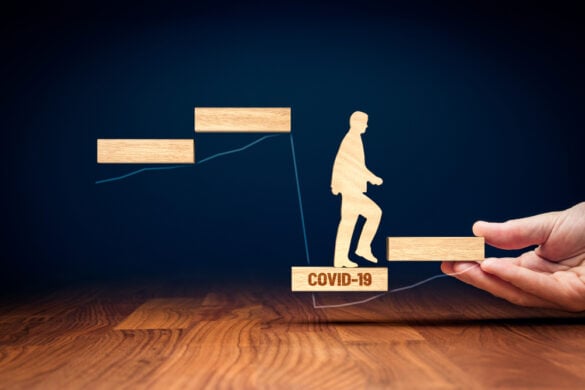 On 8 January 2023, China ended the quarantine regime for international arrivals that had been in place for nearly three years to prevent the spread of Covid-19. Domestic restrictions have also been lifted, allowing the resumption of in-person events and travel within the country

The transition from strict zero covid measures to complete reopening has been swift, and it remains to be seen what the year ahead will bring for businesses and organisations that deal with China, but experts are generally optimistic.

“China’s change of Covid policy has important implications for all those doing business in and with China. And in my view very positive ones,” says Andrew Seaton, Chief Executive of CBBC. “There is a broad expectation of a strong revival in business and economic activity, particularly from Q2 onwards. As The Economist recently said about the new policy: “This year’s biggest economic event is already underway”.

A week on from China reopening its borders, we review some of the major predictions for China happenings in 2023 from the perspectives of business, the consumer market and travel and tourism.

Consumer confidence in China may have dropped to an all-time low during 2022, but the market has proven to be resilient, and consumer spending is already starting to bounce back at the beginning of 2023. According to the Beijing Municipal Commerce Bureau, during the three-day New Year’s Day holiday, department stores, supermarkets, catering and e-commerce enterprises saw sales reach RMB 3.53 billion, recovering to 83.8% of the same period of last year. The government has emphasised the importance of domestic consumption as a counter to lagging overseas demand for Chinese products and materials amid a global economic downturn.

Once Chinese consumers are out and about again, they will certainly have money to spend, with household savings deposits growing by RMB 14 trillion in the first three quarters of 2022. A McKinsey survey found that 58% of urban households wanted to “put money away for a rainy day,” 9% higher than in 2019.

Tom Simpson, CBBC’s Managing Director of China Operations and Chief China Representative, suggests that we could start to see some of that money being put into retail investments, which could be an opportunity for British financial institutions to offer new products and services.

Overall, the situation is optimistic for British brands going into 2023. According to McKinsey, high-income consumers are spending more across almost all fast-moving consumer goods (FCMG) categories, driven by a growing preference for premium, rather than mass market, products. This will benefit boutique and luxury British brands, especially if their products demonstrate exceptional functionality and high-quality specifications (for example, skincare products with targeted ingredients).

Total trade in goods and services between the UK and China was worth £92.9 billion in 2022. While this figure has contracted slightly during the pandemic (2022 figures were down 1.6% on 2021), it is expected to rebound this year as demand increases in China. The UK’s main exports to China include crude oil, cars, and medicinal and pharmaceutical products.

As China emerges from the pandemic, that last category could be a potential area of growth for UK companies in China. As Simpsons points out, in recent years, there has been a focus by policy-makers and investors on the importance of improving and upgrading the healthcare system in China – something that has only been emphasised by the pressure on hospitals during the Covid surge in December. Moreover, China’s ageing population will increase demand for new and innovative healthcare solutions, in particular monitoring equipment, wearable devices, and other at-home healthcare solutions.

The UK-China trade relationship will also be strengthened by the resumption of in-person business exchanges. “We are already seeing an uptick in interest from our members and partners in visiting China during 2023; and we expect to see a rebound in trade missions and in-person events in China,” says Seaton.

The time is now for your business to get “China ready”. At CBBC we are here and ready to help any company wishing to step forward into the Chinese market and create a strategic plan for your company to enter – Andrew Seaton, Chief Executive, China-Britain Business Council

Simpsons confirms that people based in countries and regions close to China such as Hong Kong are already coming over to catch up with mainland China-based teams and meet partners and stakeholders, but predicts that long-haul travel from the UK to China may only start to pick up in earnest in March/April after the Lianghui (the Two Sessions, the annual meetings of the National People’s Congress (NPC), and the National Committee of the Chinese People’s Political Consultative Conference (CPPCC), which concludes on 15 March.

Simpson also notes that large-scale political, cultural and sporting events will now gradually resume in China, with the 19th Asian Games in Hangzhou already confirmed for September/October, for example.

Domestic travel has rebounded quickly following the lifting of restrictions, which has coincided with the start of the Lunar New Year travel rush, known in China as chunyun. Around 70 million domestic trips were made during the first chunyun weekend on 7-8 January, with each day seeing 40% more trips than the comparable period in 2022.

However, for UK businesses, it is the resumption of international travel to and from China that will have the biggest positive impact. After three years of pandemic restrictions, multiple sources suggest that Chinese people are ready and willing to travel. Search volume for flight tickets on Trip.com reached a three year high just half an hour after the reopening was announced at the end of December. Although some countries – including the UK – have re-imposed Covid testing requirements for travellers arriving from China, Chinese tourists are unlikely to be put off by the need to test having become used to it over the past three years.

Ticket prices will be high in the short-term until flight schedules return to normal, but Simpson predicts the resumption of key flight routes will start in late Q1/early Q2. During the first week of 2023, Air China announced the opening of its Shanghai-Athens route, and the resumption of its Shanghai-Frankfurt route. China Southern has opened its Shenzhen-Amsterdam route, and Hainan Airlines has announced weekly flights between Beijing and Manchester, to name just a few.

Read Also
How does Xiaohongshu work and why is it so popular?

To get the most out of China’s reopening, tourism destinations need to be aware of how the priorities of Chinese tourists have shifted since 2020. Gusto Luxe’s Chloe Reuter writes that three of the main Chinese travel trends we can expect to see are an appetite for high-quality wellness experiences, a desire to get out into the great outdoors and a greater awareness of sustainability. Many hotels in holiday resorts like Sanya in Hainan stepped up their offerings in recent years, and Chinese tourists taking their first foreign trip in three years will be looking for premium experiences of comparable quality.

As a result, it will be more important than ever to use Chinese social media platforms — especially currently popular platforms like Xiaohongshu – to showcase your brand’s unique offering and tell authentic, engaging stories.

Our flagship event, The UK-China Business Forum, taking place on 15 March in London, will provide a terrific opportunity to consider the implications of this re-opening for your business, and to access an up-to-date expert view on the market’s prospects. Centred on the theme of Sustainable Trade and Investment in the Digital Age, this full-day conference will look ahead to the new opportunities for trade with China, the policy environment in both countries, and how businesses can capitalise on green trade and investment opportunities in the post-covid era, including in sectors such as the consumer market, education partnerships, technology collaborations, zero carbon, green finance and the Greater Bay Area. The conference will also provide a chance to network with a wide range of other businesses.

How the UK can help China’s digital transformation

Winners of the 2023 China-Scotland Business...

Winners of the 2023 China-Scotland Business Awards