What Chinese entrepreneurs can teach us about thriving in uncertainty 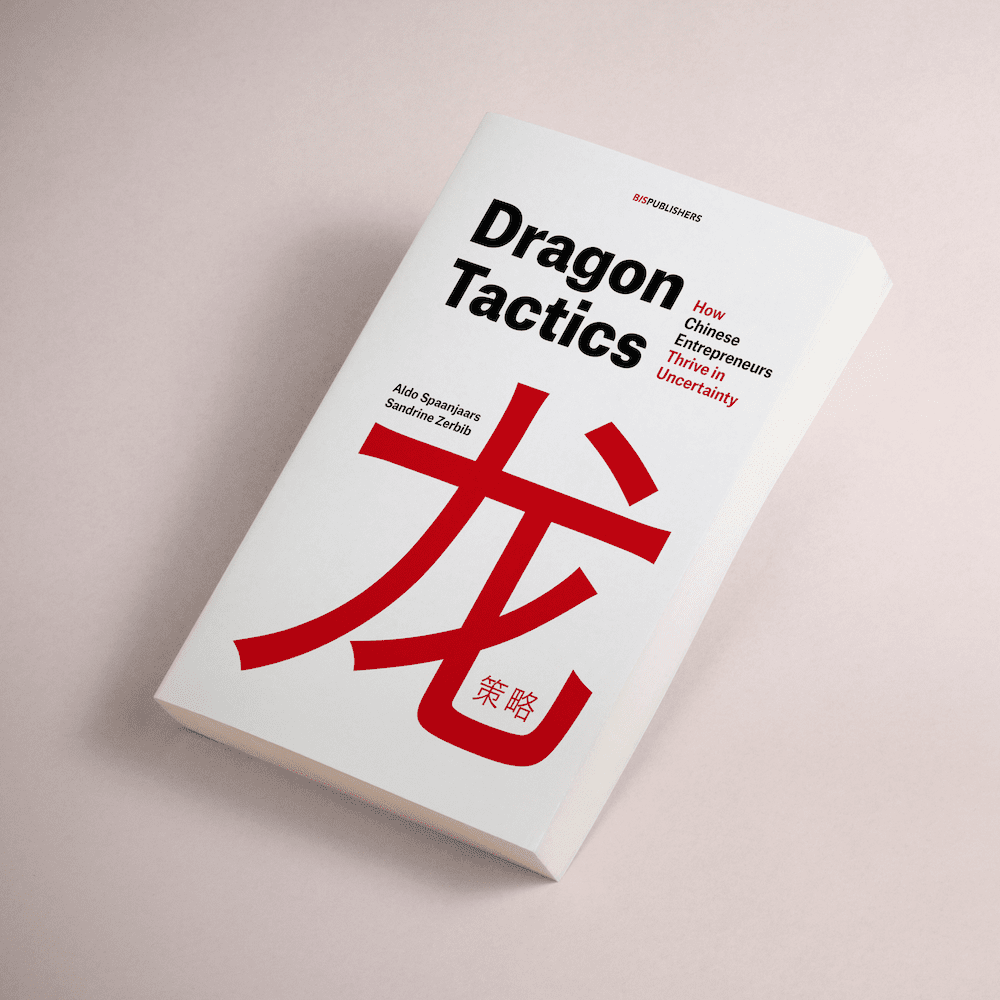 A new book explores how Chinese entrepreneurs have developed strategies to lead their businesses in uncertain times. Paul French speaks to the authors to find out what international businesses can learn from them

Let’s face it, it’s a tough time to be doing business in China. But Sandrine Zerbib and Aldo Spaanjaars have seen tough times before. The two veterans of China business have now distilled their experiences into a new book that is particularly timely: Dragon Tactics: How Chinese Entrepreneurs Thrive in Uncertainty (BIS Publishers).

Back in the mid-1990s, Zerbib was President of Adidas Greater China. She later became the CEO of the Chinese consumer brand aggregator Dongxiang, which gave her a perfect observation post to understand Chinese entrepreneurial management. Today she runs her own e-commerce operation, Fulljet.

Spaanjaars is a former CEO of Lacoste Greater China and a co-founder of J. Walter Thompson Beijing (an advertising agency). Most recently, he has started working for Fosun International, one of China’s largest private equity firms.

Paul French chatted with Zerbib and Spaanjaars to try and understand their key “Dragon Tactics” and just how the last couple of years have upended the China business world.

Your book revolves around five Dragon Tactics. The first you discuss is wolf culture, personified, you argue, by Huawei’s founder Ren Zhengfei. Can you explain this term a little, please?

Wolf Culture is probably best described as a survival culture, shaped by the earliest business leaders in China who, when growing up, personally suffered through decades of hardship in the 70s and 80s. Huawei’s founder Ren Zhengfei is recognised as the main representative of ‘wolf culture’; at Huawei, the term was written into their company culture and Ren Zhengfei has spoken about it publicly many times. However, many others follow a similar line of thinking and demonstrate similar behaviour.

Wolf culture is driven by a “tomorrow could be our last day” attitude, and survival thinking is at the heart of who they are and how they behave. A wolf has a very keen sense of smell for opportunities, an indomitable, relentless offensive spirit, a real devotion to the collective, and sees absolute loyalty as more important than ability. This wolf behaviour makes companies very different from companies managed in a non-wolf culture environment. This survival mindset has a real impact on how they perceive and deal with risks, encourage opportunistic behaviour, are razor sharply consumer-focused, value opportunities over efficiencies and determine which people they hire and keep.

Your second Dragon Tactic is called ‘adapt to change or die.’ We all think we understand the importance of accepting permanent change, but you seem to suggest that this concept is seen differently in China. Do we, as foreign businesspeople, need to grasp that?

Adapt or die is much more ingrained in Chinese culture and habits than it is in the West. To start with, there is no such notion as transcendent gods, eternal ideas and the essence of things in China’s cultural past. Instead, Chinese culture and its three millennial traditions, Taoism, Confucianism, and Buddhism, are all infused with expectations of permanent change.

It is also the result of the very turbulent and hyper-competitive environment in which Chinese entrepreneurs have created and developed their businesses over the past 30 years. This translates into deep differences in management attitudes. For example, while in Western philosophy the important thing is to think well, for the Chinese the important thing is to observe well. Therefore, in Western philosophy, a genius is seen as gifted with exceptional creative thinking, when Chinese wisdom would describe a genius as quite simply the one who is able to seize the opportune moment that escapes any plan conceived in advance.

This means that in the West, strategic planning is seen as critically important, but in China, it is considered difficult to consistently execute a fixed plan. In China, one only needs vision and tactics; while working towards a long-term goal, the short term can be as flexible as the here and now requires. For any Westerner who has worked for a Chinese company, this is often one of the most baffling features of Chinese management. 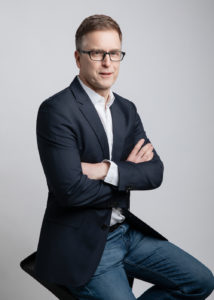 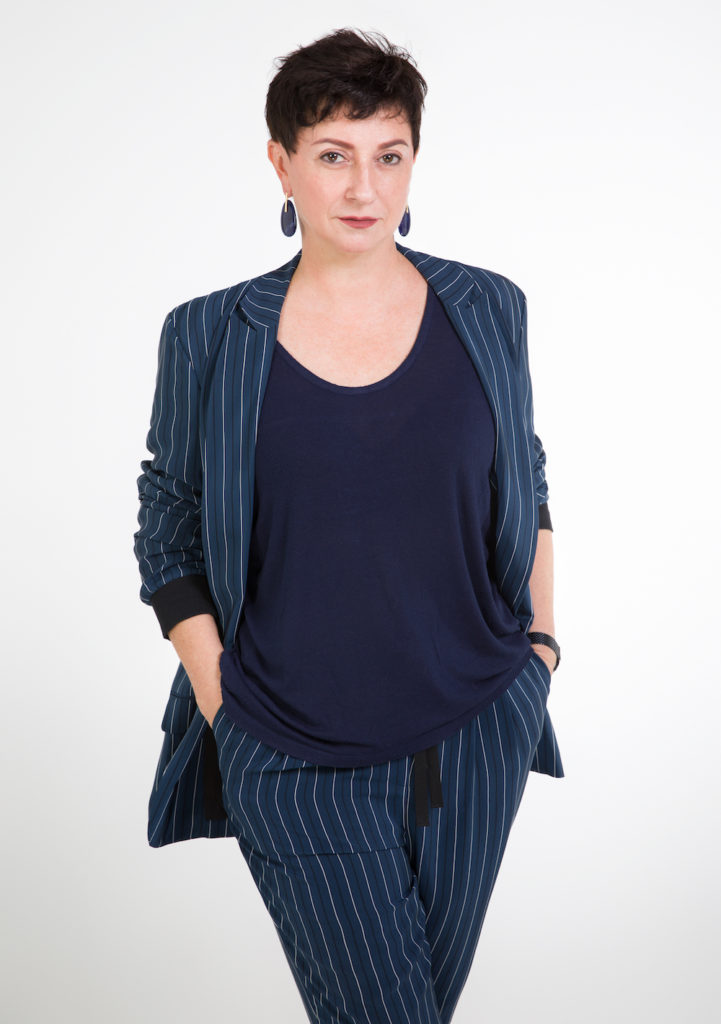 Your third Dragon Tactic, ‘the emperor decides, but agility rules,’ is perhaps harder for a foreign audience to comprehend, as we tend to think that absolute rulers lack flexibility and that this is a weakness when it comes to moving quickly and decisively. How can we balance top-down organisations with entrepreneurial nimbleness?

As far back as 2852 BC, China has always been ruled by demi-gods: Chinese sovereigns. In Western philosophy, early democratic thinking argued for decision-making based on the majority principle, but Chinese philosophers have mostly adhered to and supported absolute leadership, i.e., the ancient belief that the legitimate ruler was given the Mandate of Heaven.

In essence, submission to authority was only taken within the context of the ethical obligations that a ruler had toward his subjects. In particular, he was required to show compassion and generosity. He could expect loyalty as long as he ensured his underlings would not starve. So it should come as no surprise that such thinking has entered business management and most companies are very top-down and led from the absolute top.

Yet, Chinese companies are extremely agile. Instead of building a huge hierarchical organisation with layers and layers of professional managers, they keep structures flat and flexible, with as many direct reports as needed, and that, within agreed parameters, allows for a fair degree of decentralisation.

Lacking traditional departmental hierarchy, Chinese companies are able to act on a project basis rather than a departmental basis, assembling and disbanding project teams as required. They have also become masters of eco-system building, giving them valuable resources that can be used upon need, without the cost and inflexibility of in-house resources.

Last but not least, fierce internal competition is encouraged to keep everyone on their toes.

Read Also
How important is good translation for your business in China?

Fourthly, you say ‘people come and go. Those who fit stay longer.’ How can we view successful businesses as happy families in China?

Note that we are not saying that Chinese companies are all about love and benevolence. Quite the reverse: they are quite tough. Just as a patriarchal family can be.

It remains true that a good Chinese leader would share their vision in a compelling way. This creates a true emotional bond with the team and can mobilise the troops much better than a “mission and vision” often can. And although a leader may be tough at times, they also know how to care about their people.

In founder-driven companies, loyalty and a cultural fit are often the most important requirements for success and career advancement. They are also, beyond financial incentives, key reasons for employees to stay.

This is actually something we experienced personally when working at Adidas, where we – Zerbib and Spaanjaars – were President and COO, respectively. One of the key success factors was the emotional bond there was in the team, at every level of the company. This was the basis for true employee engagement. As a result, whenever we were invited to employees’ wedding parties, we would see just at least as many colleagues as family members of the bride and groom.

Your fifth Dragon Tactic is that ‘it all starts with data.’ Traditionally, reliable data has been problematic in the PRC, but technology has moved on radically. Do you think this has made understanding the consumer easier, or more complex and nuanced?

For most of the book, we looked to the past to explain what has made Chinese entrepreneurs successful, and we described methodologies that are rooted in Chinese history and culture.

Where data is concerned, it is important to understand where the future is headed based on what is happening today. China is leading a digital revolution that is changing the way business is done and go-to-market strategies are implemented.

How entrepreneurs and business leaders around the world adapt to this digital disruption will be a decisive factor in the success or failure of many enterprises. Driven by a Chinese government that has been instrumental in ensuring the right environment for large investments in a wide variety of technologies, China is becoming a leader in various sectors, most notably AI. In fact, China has gone from a fringe player to a global leader in fundamental research in less than two decades and thanks to a more relaxed approach to data management, is increasingly able to build superior data-based solutions.

Read Also
How to sell in China: E-commerce platform or branded website?

Finally, as much of the world reopens to a ‘new normal,’ China is still grappling with Zero Covid. Eventually, China will emerge from the pandemic on its own terms, but do you think your Dragon Tactics will still apply when the economy emerges again?

If anything, they will apply more than ever. China has indeed entered a very uncertain period and Chinese entrepreneurs will have to adapt to this new environment with lots of tenacity and flair, innovative business models and new people management approaches, as well as intense use of data.

But Dragon Tactics is actually not a book about China, and even less so about the Chinese government. Ultimately, the book describes the Dragon Tactics mentality in entrepreneurial China, and in those who embody it, to explain how and why Chinese businesses thrive in chaos. We have all entered an increasingly uncertain and volatile world far beyond China’s borders. Even before the war in Ukraine, business uncertainties have been on the rise globally, driven by climate change, the increasing calls for firms to become more socially responsible and involved, the role of China on the world stage growing and changing, rapid digitisation, and the massive moment of uncertainty that the Covid-19 pandemic has forced on all of us.

In fact, the world may only now start to experience what successful Chinese entrepreneurs have known since the very beginning. In this fast-developing new reality, we believe that the lessons in this book are of vital importance to entrepreneurs and business leaders around the world.

How a British skincare brand made it big in China

Should your next influencer partnership in China be virtual?