Home Technology What can we expect from China’s first state-backed NFT marketplace?
Technology

After Tencent and WeChat got slapped on the wrist for promoting NFTs last March, China is now taking its first steps toward a state backed marketplace for digital assets – how is it likely to pan out and what are the implications for businesses in the space? 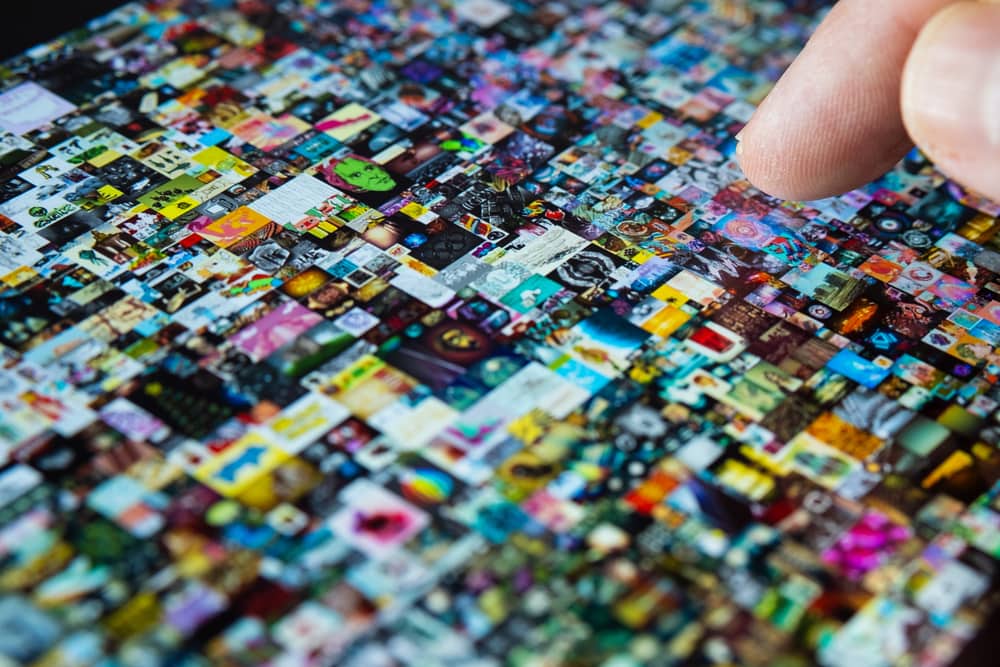 China may not be keen on crypto, but the launch of a new state-backed marketplace for digital assets suggests that it is more open to the idea of NFTs. Qing Na from Dao Insights looks at what the future holds for NFTs and cryptocurrency in China

As non-fungible tokens (NFTs) continue to expand their global foothold, even China could not resist embracing these digital assets, with the recent launch of the country’s first state-backed marketplace for NFT trading. The surprising announcement on 27 December 2022 was followed by a ceremony on the first day of the new year, commemorating the opening of the secondary market.

The platform has a hybrid state-owned/private ownership structure, including China Technology Exchange (a platform that also oversees intellectual property exchange), Art Exhibitions China and Beijing-based Huaban Digital Copyrights. Existing on the blockchain known as China Cultural Protection Chain, the initiative was designed to facilitate the trading of copyrights related to digital assets.

“Because the platform and blockchain are run by the state rather than a private company, the nature of the new initiative is centralised, rather than decentralised,” Dr Christina Yan Zhang, CEO of The Metaverse Institute told Dao Insights. “All NFTs powered by the chain will belong to the entity in control of the chain, not users, as is the case with Ethereum or a number of other blockchains.”

While echoing the centralised nature of this new initiative, Shirley Wong, CEO of Shix.io, a Web3 consulting service platform, also viewed this mechanism as being able to help “control the quality of the NFT products and make sure traders are verified”.

“I think [the Chinese government] started to realise that NFTs are different to cryptocurrencies and that these digital assets can be used in multiple ways, benefiting businesses, especially smaller enterprises looking to engage consumers [by] fundraising and to help the government enter new markets as well,” Wong continued. “But if they stick to a centralised approach, that will limit the growth of the NFT market.”

Cryptographic assets, which can be anything digital such as paintings or a piece of music, have long occupied a legal grey area in China given the government’s dislike of cryptocurrency, and have been rebranded as “digital collectibles”, indicating collectability but not tradeability, and therefore sidestepping the country’s strict regulations on decentralised digital money.

The birth of the first national-level NFT market space is, therefore, regarded as a sign of the crypto-less country finally giving the green light to NFT-related secondary trading activities and setting standards for the market to follow. At present, the platform has a strong focus on digital replicas of traditional culture, with historical relics being the centrepieces. But Wong believes that the new marketplace could have more to offer. “If the Chinese government only uses it to make cultural projects, that would be a bit disappointing,” Wong said. “It could be a good start, but they should realise there’s more potential with NFTs in the wider B2B and B2C sectors, which would be more sustainable.”

On top of that, analysts view the platform as a way for the country to spur domestic demand, especially with a global recession believed to be looming in 2023. “Digital assets are an important part of the digital economy, which the government strives to further drive growth out of in a bid to get out of the economic downturn and achieve the 5.5% growth target,” said Dr Zhang. “But to date, the Chinese government has imposed restrictive rules on [NFT] trading.”

While global NFT marketplaces such as OpenSea are blocked in China, alternatives have been created by the country’s tech giants, including Alibaba, JD.com and Tencent, who gave birth to the primary digital collectible platforms Topnod (or Jingtan in Chinese), Lingxi and Huanhe, respectively. Users can buy and collect NFTs on those platforms, but trading or reselling are banned.

Read Also
Which companies have entered the metaverse in China?

In March 2022, Tencent’s super messaging app WeChat shut down over a dozen public accounts – all of which were small and medium-sized platforms promoting digital collectibles – on the grounds of “unlicensed business activities” and “suspected fraud”. Adding to the gloom was Huanhe’s announcement last August that it was halting future sales, citing a “focus on the company’s core strategic considerations.” The news cooled China’s NFT landscape even more, with some even viewing it as a “burst of the NFT bubble.”

The troubles encountered by the NFT sector at home coincided with a global NFT market slump in the aftermath of the collapse of FTX, one of the world’s largest cryptocurrency exchanges, resulting in a general loss in confidence in digital assets. Although this situation might have reinforced China’s dislike of cryptocurrency, it is still taking strides to build its own digital infrastructure and steering clear of crypto coins while not missing out on the NFT craze.

It has been reported that BSN Spartan Network, a new international network for public blockchains that excludes cryptocurrency, has been launched by China’s Blockchain-based Service Network (BSN), a state-backed digital infrastructure company. The latest move by the Chinese government “could lead to people rethinking the future of NFTs and changing the negative perception around the wider digital assets and Web3,” Dr Zhang observes.

Although she believes that there is still little chance of China fully embracing NFTs, Dr Zhang sees a brighter climate for China’s NFT market in the years to come. According to iiMedia, the sector is set to hit a value of RMB 28 billion (£3.39 billion) by 2026 after the opening of the secondary market, 100 times that recorded in 2021. Speaking about currencies for NFT transactions, Dr Zhang said, “It is possible that in addition to the digital currency issued by China’s central bank, there could be state-backed stable coins issued on a private chain, with the participation of private companies – a form of public-private partnership.”

China may be waking up to the global NFT sensation, but a market space that can be integrated into the global NFT landscape is still a long way off. Nevertheless, this latest state-backed initiative opens up new avenues for market players in China to leverage the country’s technical advances to stimulate growth while also introducing new solutions for global counterparts to reconsider their approach to these new technologies.